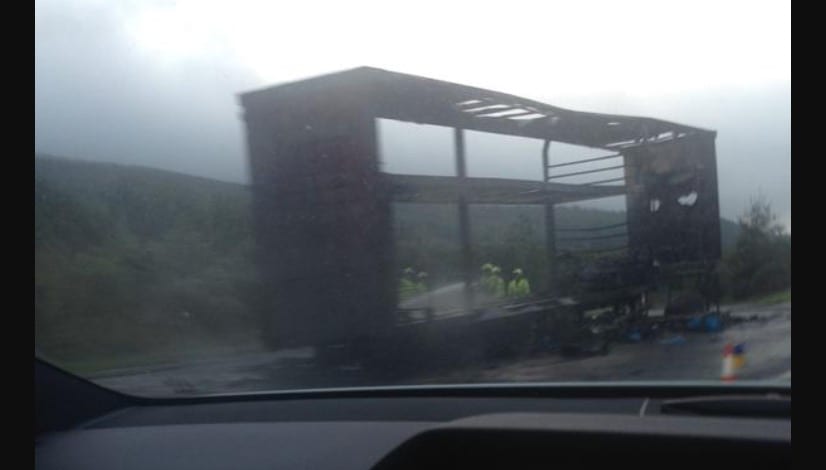 Motorists were here seen driving the wrong way down the M1 in county Armagh after a lorry caught fire this morning.

It is believed that a truck and its trailer caught fire en route from County Louth, between the junctions of Jonesborough (J20) and Ravensdale (J19).

Fire Brigade sources say as they arrived to fight the blaze near the Ravensdale exit at Junction 19 on the southbound carriageway they saw cars coming towards them after they turned to travel back to the next exit and continue their journeys.

“It was a very dangerous thing for them to do and could have made what was a already a dangerous situation a whole lot worse,” said a fire brigade spokesman.

#M1 to #Dublin down to 1 lane after lorry fire. pic.twitter.com/XBEC7jithu

“A truck fire can be challenging enough without having to deal with head-on collisions on the way to it,” he added.