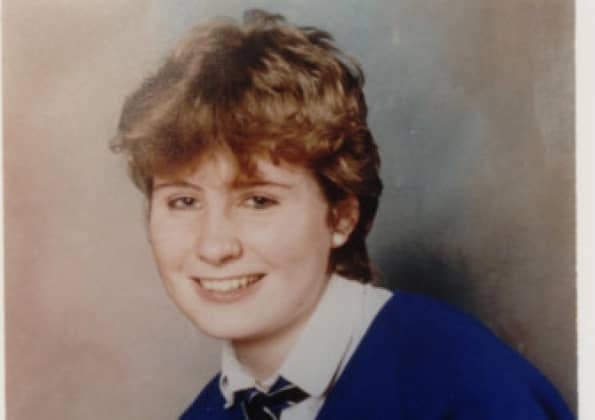 Serious Crime Branch detectives investigating the murder of Caroline Graham who disappeared in Portadown in 1989 have joined with her mother to appeal for information as the investigation resumes momentum.

Mrs Barbara Graham took part in a news conference in Newry today to appeal to those individuals with information about Caroline’s disappearance and murder to come forward.

Caroline was 19 years old, in a relationship and living in Hanover Street at the time of her disappearance in April 1989 but was originally from Newry.

Mrs Barbara Graham said: “All I want is closure. I have lived without Caroline for 25 years and the pain has been hard to bear. It is particularly difficult on anniversaries, birthdays and family times like Christmas.

“We haven’t even had the chance to hold a funeral because Caroline’s body has not been recovered. The police tell me the investigation is continuing but I would just like to appeal to anyone who knows anything to tell us. Please give us peace and lay Caroline to rest.”

Mrs Graham’s appeal came after a 76 year old woman was arrested on Tuesday. She was later released unconditionally.

The officer leading the investigation, Detective Inspector Peter Montgomery, said he was putting some new information into the public domain: “It was around Easter at the end of March 1989 and Caroline had been for a night out to the Coach in Banbridge with a girlfriend. She stayed part of the night with her friend in a hostel in Portadown but was gone in the morning.

“I have information that Caroline returned to Hanover Street to get some clothes but she has not been seen since. I believe she was murdered some time later and that her remains are somewhere in Portadown.”

For almost two years police have been conducting renewed enquiries in relation to Caroline’s murder. Detectives mounted a major search operation in the Carleton Street area. Areas of waste ground and parts of premises including a well were searched. A range of specialist resources were deployed including body recovery dogs, probes, scanners, structural engineers and an underwater search team. Unfortunately, nothing of significance was found.

Detectives believe the key to recovering Caroline’s remains and catching her killer or killers lies with a small group of local people.

Detective Inspector Montgomery said: “There has been a very public profile to this investigation with the searches and appeals for information including leaflets, posters and a publicity trailer being taken around the town.

“We are grateful to those members of the community who have given us information. All our enquiries lead us to believe there is more than one person who knows exactly where Caroline is buried. We need them to come forward and tell us exactly what they know. Whoever is responsible for Caroline’s murder may have spoken to people and they may know exactly what has happened to Caroline.

“I need to speak to anyone who saw Caroline at the Coach with her friend that night. Did you pick up Caroline and her friend and drop them off in Portadown?

“I also want to hear from anyone who has any information about Caroline’s murder and where her remains might be buried. Has anyone talked to you about her murder or where she is buried?

“I want to say that if you have concerns about giving evidence, please speak to me to explore what might be possible in terms of doing so. We will do everything possible to allay any concerns you might have but the most important thing is for people to come forward – for Caroline, for her family and for justice.”

Man (21) charged with GBH and possession of offensive weapon

Explosion heard in Keady as cash stolen from supermarket ATM