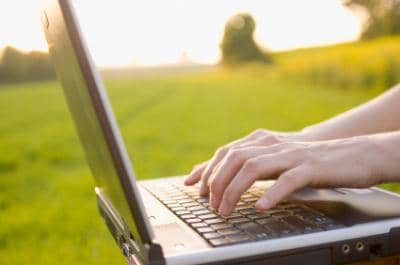 THE Minister of Enterprise, Trade and Investment is pledging to improve telecommunications services in rural areas across Northern Ireland.

Arlene Foster’s department conducted a public consultation to indentify which areas would benefit most from the £19.3million earmarked by Stormont to improve broadband service across the North.

Belfast and Derry have previously received funding to roll out superfast broadband, but Arlene Foster admitted that many rural areas still struggle to receive basic broadband and phone network coverage.

“While living in and representing a rural constituency, I know the particular difficulties that rural dwellers face, whether it is lack of coverage or the cost of incurring unnecessary roaming charges,” she said.

“In the next year, we will see further investment made to expand the reach of broadband and deliver faster services and for the coverage of mobile services to significantly improve.

“I want business to better use the infrastructure we have and for every citizen to enjoy the benefits of better access.  As Minister, I want to continue to ensure that Northern Ireland is best in class.”

A recent OFCOM report into broadband performance across the UK gave the Armagh City area a rating of 3 out of 5, with 1 being the highest rating and 5 being the lowest, while Lurgan and Craigavon fared better with a rating of 2.

The Minister also admitted that there is a lot of improvement needed in mobile phone coverage across the North, which lags behind the other parts of the UK.

Northern Ireland has the third lowest outdoor coverage of 2G mobile services from all operators of the four UK nations at 88%, above Wales at 84.1%, and second worst outdoor 3G coverage with 55.9%.

“There is a lot going on that should see our mobile infrastructure dramatically improve.  However, when the dust settles, there may still be some gaps,” she said.

“I intend to review the situation later this year, when the position will be clearer.

“I have met representatives from the industry and welcomed the investments they are making here. I will continue to encourage them to provide services as widely as possible, especially close to the border, and to draw to their attention any obvious gaps.

“Looking forward, I want to see them not just complying with but exceeding their roll-out obligations for the new 4G services in Northern Ireland. “