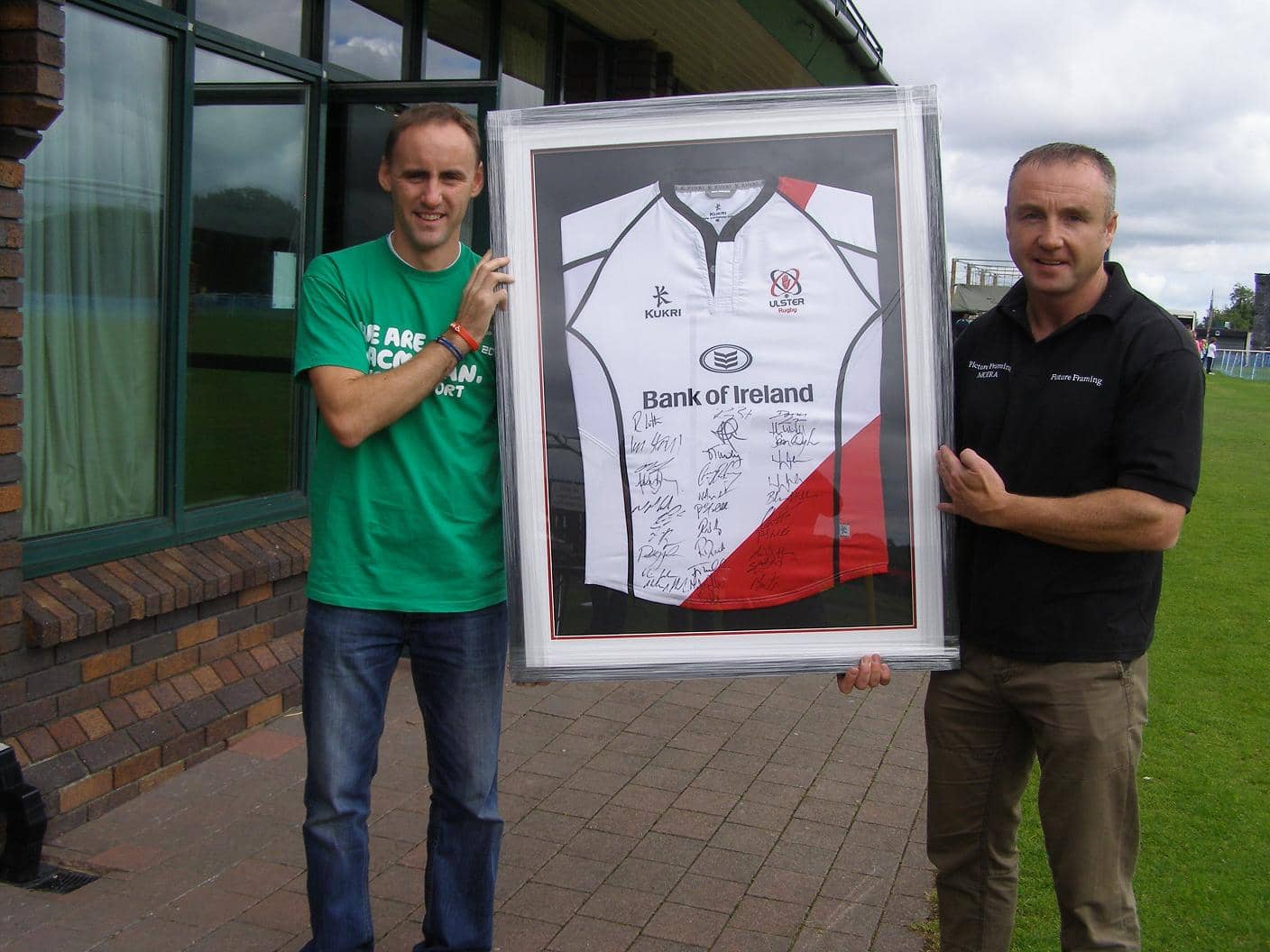 SIX marathons in six days in six counties is the mammoth task which Co Armagh man Michael Allen is tackling next week in a bid to raise £10,000 for Macmillan.
The seeds for the mentally and physically gruelling challenge, which takes place between Monday and Saturday, September 16 and 21, were sown after Michael read Gerry Duffy’s book, ‘Who Dares,  Runs’.

Michael , from Lurgan, told Armagh I: ”Gerry Duffy ran 32 marathons in 32 days in 32 counties across  Ireland. I read his book and was inspired. I have always enjoyed running and have run from my teenage years, never competitively, but more for my own health and wellbeing and as a personal challenge.

”My Mum has fought breast cancer and I lost my Granda to prostate cancer. Macmillan played a big part in their care and I had been considering different ways to  raise funds and awareness for the organisation.

”After reading the book I thought, I could do something like that and that was it – ‘Six Marathons’ was born.”

Michael has been in training for months and will now run marathons in Counties Down, Fermanagh, Tyrone, Derry/L’derry, Antrim and Armagh.

He said: “I have been training for months and am currently tapering now in preparation for the main event.

“The support to date has been overwhelming, with family, friends, work colleagues and many members of the public getting behind the Six Marathons challenge.

“Firstly you can take part in  the event or you can sponsor someone who is taking part. You can run a marathon in any of the counties or even take part in a 10k run. Details for registering for the marathons are available on Macmillan’s website.

“Alternatively, you can organise your own fundraising event under the Six Marathons banner.”

As part of the fundraising efforts, a raffle will take place during October to win a signed and framed Ulster Rugby  shirt. You can buy raffle tickets by donating a minimum of £2 to Michael’s Just Giving page at www.justgiving.com/Michael-Allen6 or by texting MALL66 £2 to  70070.

Michael continued: “Six  Marathons is not about me – it  is about supporting a charity which gives so much to people right across Northern Ireland and I am asking everyone in Northern Ireland to come out and support us when we run through your  county.

“All of the money raised will stay in Northern Ireland and help Macmillan provide much needed care and support to people who need it most at a devastating time in their lives.”

Captions: Michael Allen is  pictured with the framed and signed Ulster Rugby Shirt which will be  raffled as part of the Six Marathons Challenge to raise money  for Macmillan. Included in the picture is Barry White of Future Framing,  Moira, who kindly donated his services. (www.futureframing.co.uk)

The full challenge ends in Michael’s own Co Armagh, at the Armagh City Hotel, mid-afternoon on Saturday, September 21.

Full details of all the marathons – which begin at 10am daily – are available below any anyone can come out and join in and cheer Michael and the team on.