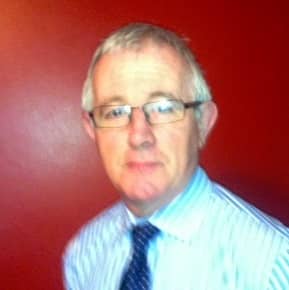 The SDLP have a new councillor in Orchard following the resignation of long serving Armagh councillor John Campbell.

Kilmore man Eamon McNeill, a maintenance plumber with the Southern Health and Social Care Trust was co-opted onto the local authority on January 6.

The new councillor, who previously stood for the SDLP in the Orchard area, has said he is looking forward to the challenges that his new role will bring.

Councillor McNeill explained: “I am honoured to represent the people of the Orchard area on Armagh City and District Council and know I have big shoes to fill in replacing John Campbell.  John was a diligent representative of the people of this area for many years and of course served as Mayor during 2005/2006. He has decided to take a back seat and on behalf of my party I wish John every health and happiness in the years ahead.

“My new role as a councillor will undoubtedly be a challenging one, but a challenge which I relish and am already enjoying.  It’s amazing, that since word has got out that I had joined the council my phone hasn’t stopped both from well-wishers and indeed people with wish lists; I have already hit the ground running and have been totally overwhelmed by the good wishes from all sections of the community locally, but particularly around Kilmore, Stonebridge and Ballyhegan.

“For many years I have been involved in the SDLP and in various Church and Community groups and I see this role as connecting all those roles together.  I am joining the local authority at an exciting time in local government with the mergers of Armagh, Banbridge and Craigavon councils only around the corner so it’ll be a buzzy few months ahead.

“I want to thank everyone for their good wishes and their support, particularly to my wife Rosemary and my daughter’s ‎Caoímhe and Aoibhin for their continued support.  I would also like to thank my SDLP colleagues for placing their trust in me and for selecting me to replace John Campbell who gave many years to the party and to this community.

SDLP Group Leader on Armagh Council Thomas O’Hanlon welcomed his new colleague saying: “Eamon will bring a breath of energy and commitment to the Council and I and all my colleagues look forward to working with him over the months and years ahead.  Eamon has been a committed SDLP activist for many years and is involved in so much outside of his work and politics, he will bring that experience and enthusiasm to the council chamber.”

“Eamon has big shoes to fill in replacing John Campbell.  John has been a character in council, he had his own unique way in getting things done but was always a champion for the rural community and particularly the people of the Orchard.  He will be sadly missed by all in the council but we wish him every health in the years ahead.”