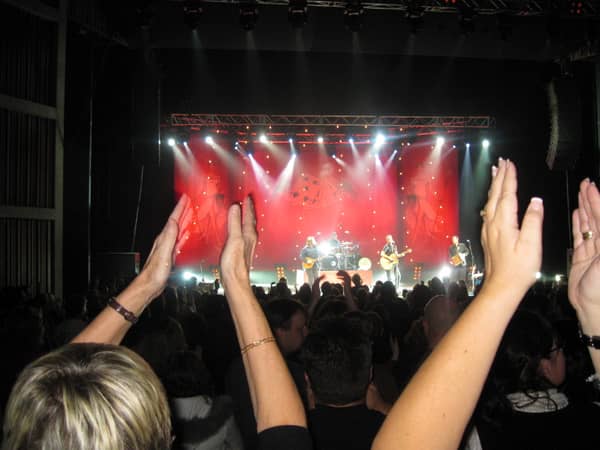 CONSIDERATION could be given to staging a massive outdoor concert event for teenagers in Armagh to coincide with next year’s big St Patrick’s Week Festival, Armagh I can exclusively reveal.

But such an event – if given the go-ahead – would be closely monitored and peppered with a serious message.

Sinn Fein Councillor Cathy Rafferty has long called for a major music event to be held in Armagh as part of the celebrations for St Patrick.

She raised the matter at a recent internal scrutiny committee of Armagh City and District Council after speaking to some young people who had attended massive outdoor concerts in recent months which are aimed specifically for those in the 13 to 18-year-old age bracket.

Teen Aware, was held at the end of March at Kilbeggan, Co Meath, and  Forόige Band on the Strand Music Festival, just four weeks ago at Ballina, Co Mayo.

Councillor Rafferty said that various agencies attended these events and, in between acts, spoke to the teenagers about issues such as drugs, mental health awareness, drink driving, road safety, and other similar areas.

She suggested that this was the type of event the City Council needed to be looking at as part of the St Patrick’s Festival 2014, suggesting that it should  be considered by the Events 2014 Scrutiny Panel.

Councillor Raffferty referred to a recent consultation move which showed that young people had highlighted the lack of activities for their age group.

The Armagh City representative also pointed to the fact that there was “lots of funding available for cross community-events” and they should be accessing this to provide an event for young people.

Councillor Rafferty is now to forward relevant contact details for the organisers of the Mayo and Meath events to Sharon O’Gorman, the council’s Director of Regeneration and Development, who has said she will be happy to follow up on the suggestion.

No other such event has been held in Armagh previously specifically for young people.

The headlining several years back by Ronan Keating at an open air concert at the Palace to confer the Freedom of the City on Lord Eames, former Church of Ireland Primate, has led to calls since that time for similar ‘big name’ artists to be booked for Armagh!

Now, if Councillor Rafferty’s proposal is taken up – and proves successful – there is no doubt that it could become an annual thing.

After this week’s meeting of Armagh Council at the Palace, it was certainly agreed that it be investigated.