Martin McGuinness: Candlelit vigils to be held in Armagh and Newry over next two nights 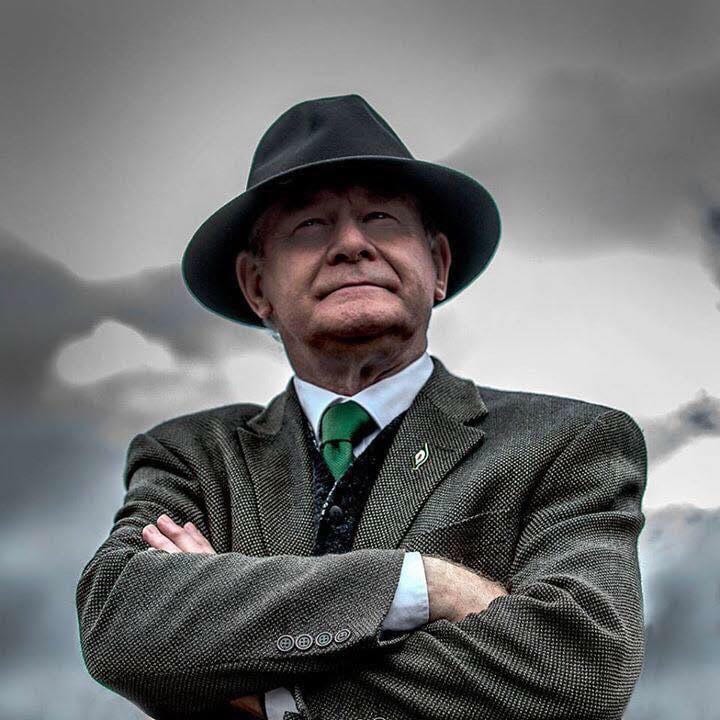 Vigils are to be held in both Armagh and Newry to mark the death of the former Deputy First Minister Martin McGuinness.

Tonight (Tuesday), Armagh will be the focal point locally, and tomorrow (Wednesday), another event will be held outside Newry Town Hall.

These come ahead of the funeral on Thursday of the 66-year-old politician, who stepped down from the Assembly in January, leading to a new election.

Tributes will be paid at Stormont tomorrow and a book of condolence opened for MLAs.

Mr McGuinness, who was an MLA since the Assembly’s inception in 1998, became Deputy First Minister in 2007, and served alongside three DUP First Ministers.

Requiem Mass for Mr McGuinness will be held at St Columba’s Long Tower Chapel in his native Derry City at 2pm this Thursday.

The Sinn Fein politician had been battling ill health in recent times and passed away at Altnagelvin Hospital with his family at his side.

Tonight, in Armagh, a candlelit vigil will get underway at 7.30pm at Irish Street corner.

The MP said: “Newry and Armagh Sinn Féin will mark the death of our comrade Martin McGuinness by holding a black flag/candlelight vigil tomorrow (Wednesday night ) at 7pm at Newry Town Hall.

“All those wishing to show their solidarity with the McGuinness family and recognise the contribution that Martin made for peace and reconciliation and for the re-unification of this country are welcome to attend.

“After the vigil the public meeting organised by Sinn Féin to update people on the continuing political negotiations will, as advertised, take place in Bellinis, Newry, at 7.30pm. Newry and Armagh Sinn Féin extend an open invitation to all to attend this crucial meeting.”

Tomorrow, Stormont is also being recalled to allow politicians to express their condolences.

The DUP Speaker Robin Newton said: “While I am the Speaker of an Assembly in which Martin McGuinness played an integral part as a Member, Minister and Deputy First Minister, I am mindful that today a family has lost a husband, a father, a brother and a grandfather.

“On behalf of the Northern Ireland Assembly, I express my sincere condolences and sympathy to his family whom I know he held dear.

“At this point after an election, the next business the Assembly is formally required to conduct before any other is the election of a Speaker and that remains scheduled for the next plenary sitting on March 27.

“However, it would be entirely wrong if the Assembly in which Martin McGuinness has been a central figure since its creation in 1998, did not have the opportunity to mark his passing.

“Therefore, I will be inviting MLAs to gather in the Assembly Chamber at noon tomorrow when I will lead an opportunity for members to pay their tributes and offer condolences.  I am grateful to the party whips for having agreed to this proposal by consensus.

“Regardless of the different ways in which individual Assembly Members regarded his politics, there is no doubt that today we have lost one of the most significant figures from our politics in the last decades and it is only fitting that Members of the Assembly should come together to recognise his contribution.”

Church of Ireland Archbishop of Armagh, the Most Rev Dr Richard Clarke, also expressed “sincere sympathy” to Mr McGuinness’ wife, family and friends on the news of his death.

He said: “Martin McGuinness’s adult life was in so many ways one of two very distinct halves, and most of us have great difficulty in connecting the two.

“That having been said (and it must be said), while recognising the hurt, fear and misery brought into hundreds of other lives in the first part of that life, we should also convey proper appreciation of the immense statesmanlike qualities that Martin McGuinness brought into the political life of Northern Ireland in recent years.

“He displayed both real courage and a genuine openness to those of different political viewpoints from his own.”

The Queen has also sent a message to Mr McGuinness’ wife, Bernie, offering sympathies, while tributes have also been paid, among others, by former US President Bill Clinton, former SDLP Leader John Hume and the former DUP First Minister Arlene Foster.