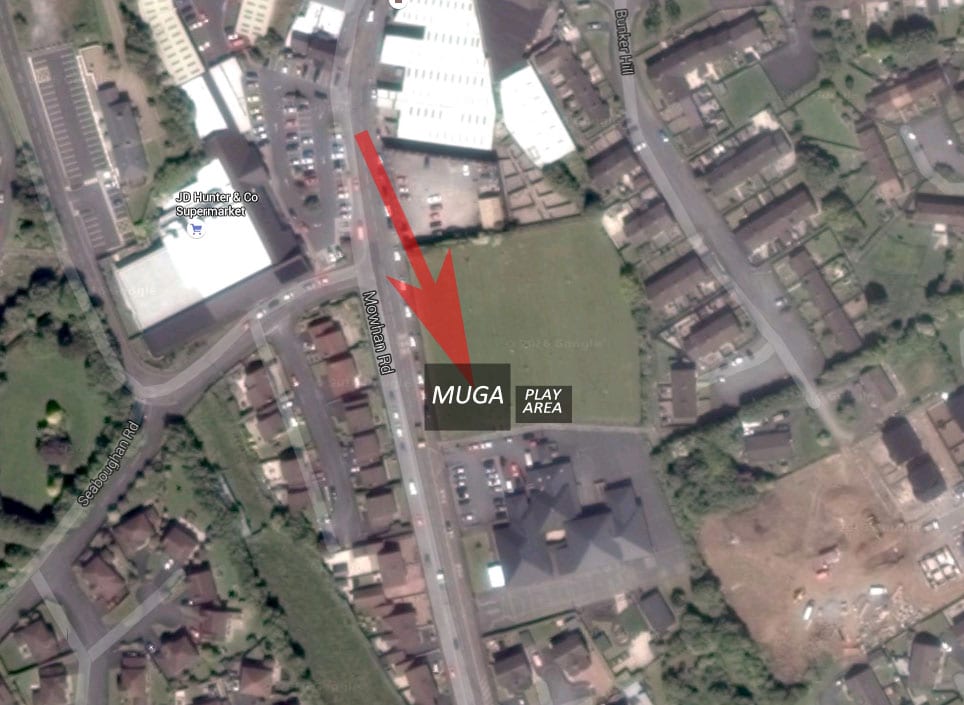 A state-of-the-art multi-games use area at Markethill Primary School will be recommended for approval tonight (Wednesday).

The plans, as exclusively revealed by Armagh I in January, will include floodlighting and a play area.

The proposed site forms part of the existing school playing field which is located immediately adjacent to the school building and car park.

The development plan has been submitted by Armagh City, Banbridge and Craigavon Borough Council.

The plans for the play area have been drawn up by County Down-based Garden Escapes and offer an exciting and educational experience for children aged between two and 12 years.

Among the features of the state-of-the-art facility is an outdoor classroom area, with six benches, six mushroom seats and a storyteller’s chair – which will be completely wheelchair accessible.

There would also be a ‘Today’s Weather’ and ‘What Time Is It?’ feature, again in the form of free standing educational visual sensory play panels.

A multi-activity play unit for the two to five-year-old will include a poly slide, ladder climber, ramp climber, scramble net climber, as well as a bridge, a ground level play den and even a lookout tower!

The multi-activity play unit for the older children in the five to 12 year age bracket will be similarly equipped, features including a poly slide, a vertical rock face climbing wall, with hand and foot grips, and a twisted scramble net climber.

Other features of the overall development include a wheelchair accessible roundabout, a chicken spring rocker and a parrot cross-spring seesaw.

The proposal will involve the erection of four new floodlighting columns, each six metres in height with new fencing and play area.

It is accepted that the introduction of these new structures will have a visual and physical impact on the surrounding area. Nothwithstanding this, the structures are considered to be of a scale which is appropriate to the local area and would not have a detrimental visual impact on the character of the area.