Seamus Mallon: Tributes flood in for ‘true peacemaker’ and one of this country’s ‘greatest leaders’ 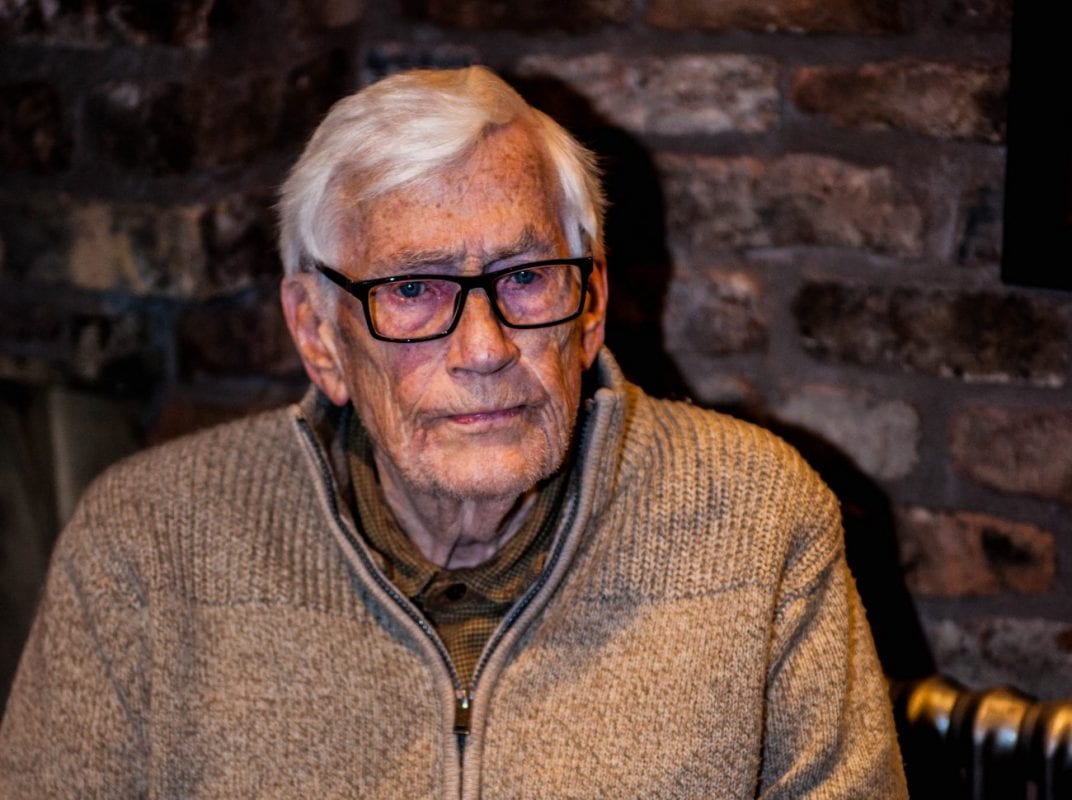 Tributes have been flooding in following the death of Seamus Mallon – one of this country’s “greatest leaders”.

The former Deputy First Minister to Northern Ireland has been hailed as a true peacemaker, whose contribution to the Peace Process and the development of the Ireland we know is beyond measure.

Mr Mallon was born and raised in Markethill and he represented the area with distinction; his impact and influence on his successor for the local DEA, Sharon Haughey-Grimley, was boundless.

Paying tribute to Mr Mallon on Friday night, Ms Haughey-Grimley, who served as a councillor for the Cusher area for 14 years, said: “I am so very sad to lose our beloved Seamus. He was many things to many people and to me he was always a leader, a mentor, a confidant and above all friend.

“The people of this area will greatly miss him. Despite his age, Seamus continued right up to his dying days to contribute positively to our country.

“His intellect, his judgement, his steadfastness and his closeness to the grassroots meant he was one of Ireland’s greatest leaders.

“In some of our darkest days Seamus was the voice of hope and reason. Always knowing the right thing to say and to powerfully articulate his feelings was a gift that Seamus used for the good of all.

“In the midst of our sadness it is right for us to celebrate Seamus’ contribution and legacy. 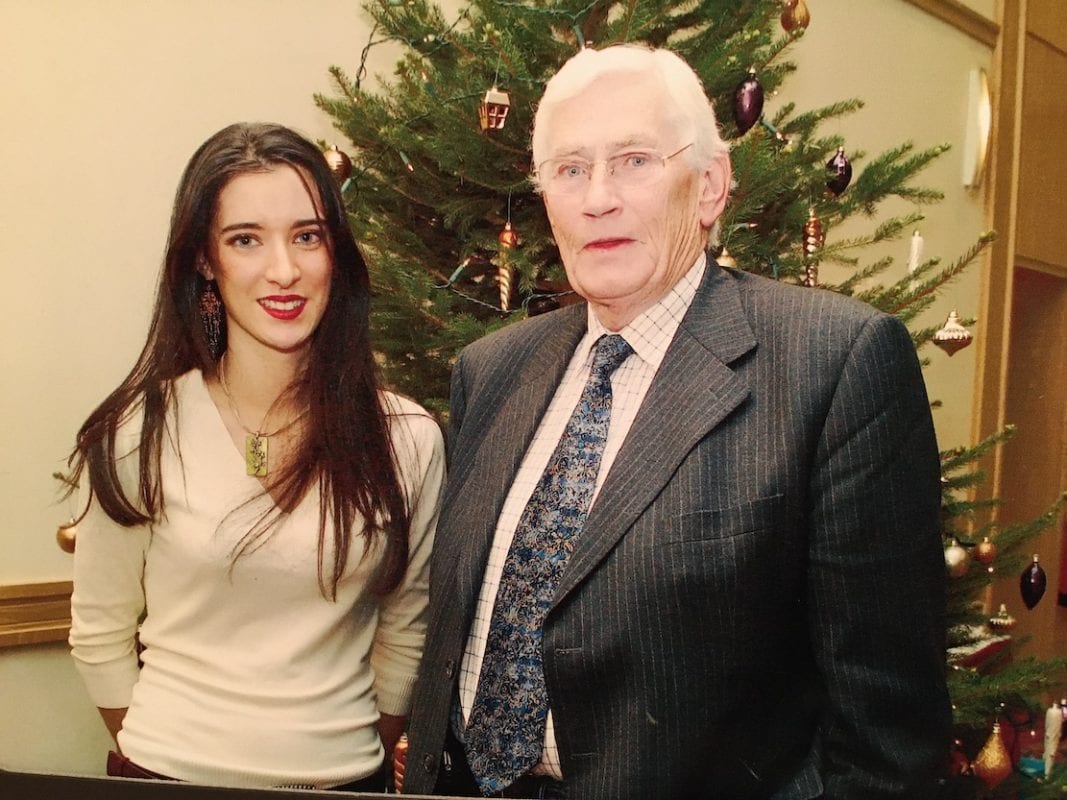 “He was a proud Irish Man, he was a peacekaker, he was a friend to many people from many different backgrounds, he was a poet and a storyteller, a teacher and advisor.

“He was a man who sacrificed much but who continued to give his whole self is pursuit of a better future for us all.

“This place of ours, home as he called it, will never again be the same without him but by God it is such a better, happier, more peaceful and hopeful place because he was here and he left his mark.

“My thoughts and prayers at this time are with his daughter Orla, son in law Mark, beloved granddaughter Lara and entire family circle. We have all lost a giant of a man, a giant of a politician but they have lost their hero, Orla’s daddy and Lara’s granda. Seamus’ work here is now done, May he rest in peace.”

The Mid Armagh Branch of the SDLP which was founded by Seamus Mallon and of which he was a lifelong member have also expressed their deep sadness at the death of their esteemed member and friend.

Chairperson and lifelong friend Sean Lenagh commented: “Seamus was our leader always; and was the heart of our branch.

“He worked tirelessly for peace in our country and for the rights of local people. No matter what your background, if you came to Seamus Mallon for help you were never turned away.

“Seamus leaves behind a proud legacy, along with John Hume he brought Peace to our land and showed how nationalists and unionists can work together in government despite their differences. 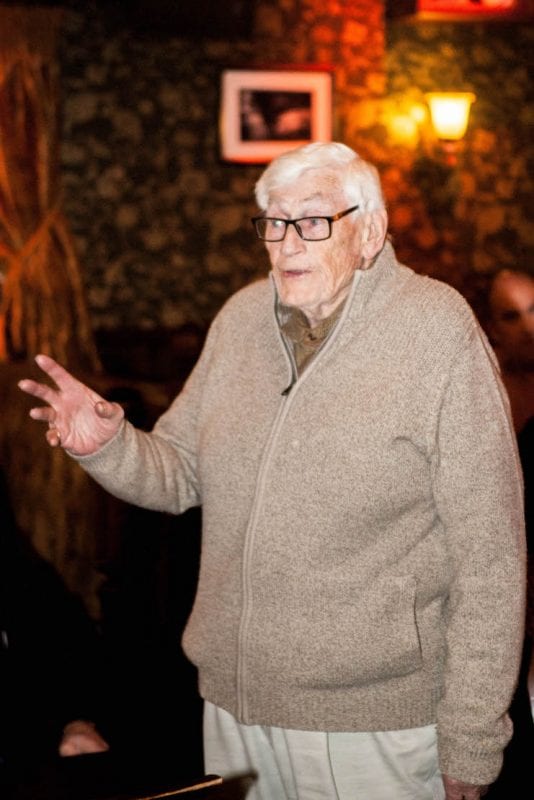 “We are deeply saddened to have lost our friend and for this country to have lost a true peacemaker. We will ensure his legacy shines bright for future generations.

“This is a very sad day for Ireland and especially for our branch and for the SDLP but our deepest sympathies are with his daughter Orla, son in law Mark and granddaughter Lara and entire family circle.

“The next few days will be very hard for us all saying farewell to our friend Seamus.”

“Séamus was a proud Irishman whose contribution to the Peace Process and the development of the Ireland we know is beyond measure,” he said.

“Séamus Mallon was a brave man. He met the challenges of a 40 year political maelstrom with a quiet unfaltering determination and fearlessness. 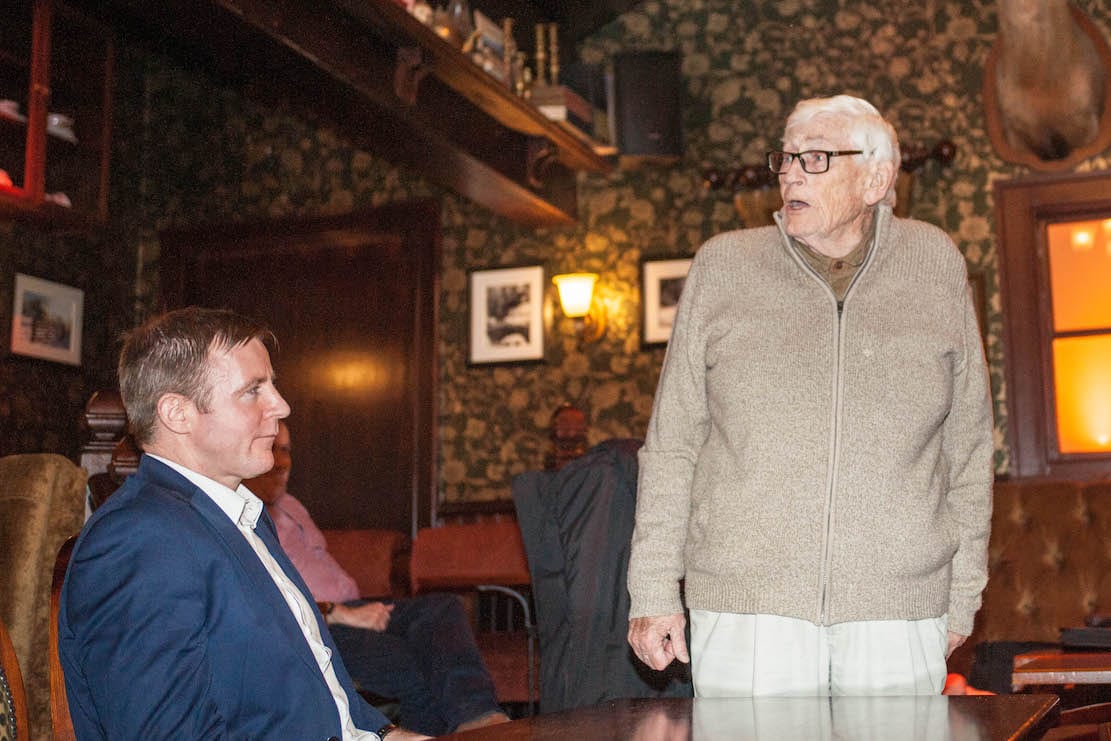 “With an unyielding integrity Séamus was truthful and trustworthy and that probity was respected whether in Whitecoss, Westminster or the Whitehouse.

“As a GAA man Séamus Mallon was a talented midfielder who then stepped into the game of his life and played centre field alongside the great John Hume.

“The two of them colossuses of the Peace Process who held fast and true to the central tenet of their shared political credos – a peaceful Ireland achieved through agreement.

“Séamus Mallon understood and had a genuine empathy with the Unionist community who were his lifelong neighbours.

“From my boyhood days I have known and revered Séamus Mallon. I admired his way with words from his witty banter in his Mill Street office in Newry to his compelling maiden speech in Westminster.

“I marvelled at his strength and powerful words and I admired what he stood for. I knew him to be a great Gael and passionate Armagh man.

“One of my fondest memories is shaking his hand on the steps of the Hogan Stand in Croke Park when Kieran McGeeney lifted the Sam Maguire in September 2002. Séamus was glowing with pride.

“It is Séamus who encouraged me to take up the challenge of peaceful politics on the pathway towards an Ireland that is a shared homeplace for us all. Thank you Séamus.”

SDLP councillor Thomas O’Hanlon said: “A statesman, a mentor and friend has gone. A fearless advocate for truth and justice, he spoke against all violence, injustice and discrimination no matter the perpetrator! 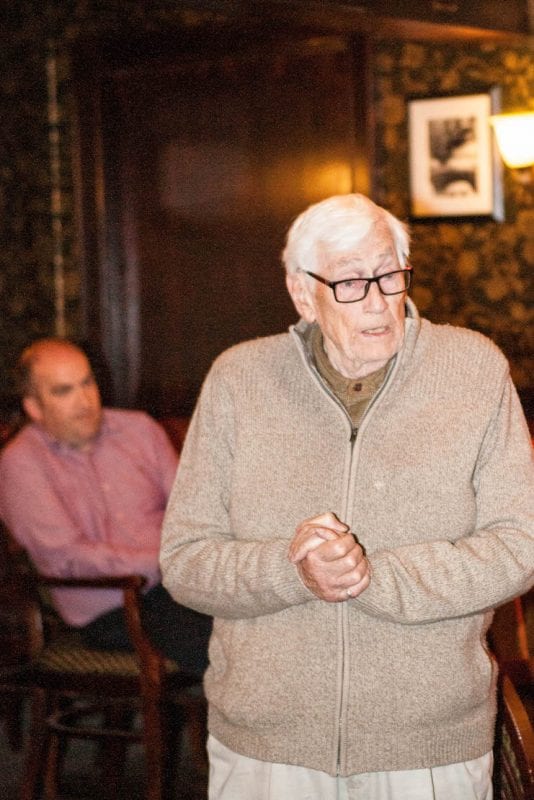 “He was one of the greatest politicians Ireland has ever had. He was respected across the globe for his work on the Good Friday Agreement and whilst he met Presidents, Prime Ministers and even the Pope, he was never more comfortable in the company of friends with a drink!

“He taught me many tricks of the political trade, he predicted my first election tally to within 40 votes, he dished out sound advice and loved to hear what was going on. He was the greatest mentor anyone could ask for.

“As he recalled story after story of his political life you could listen to him for hours. The story he told of a Unionist councillor from the 70’s telling him no Catholic pig or his litter will get a house in Markethill as long as I live.’

“Seamus stood for Council after that and that’s where the story of Seamus Mallon in politics began.

“Above all else, he taught me not to ask a question in public you don’t already know the answer to.

“Oh and he thought me there’s nothing that can’t be solved over a wee glass of Jameson!

“Rest in Peace Seamus, you truly were a proud son of Ireland!” 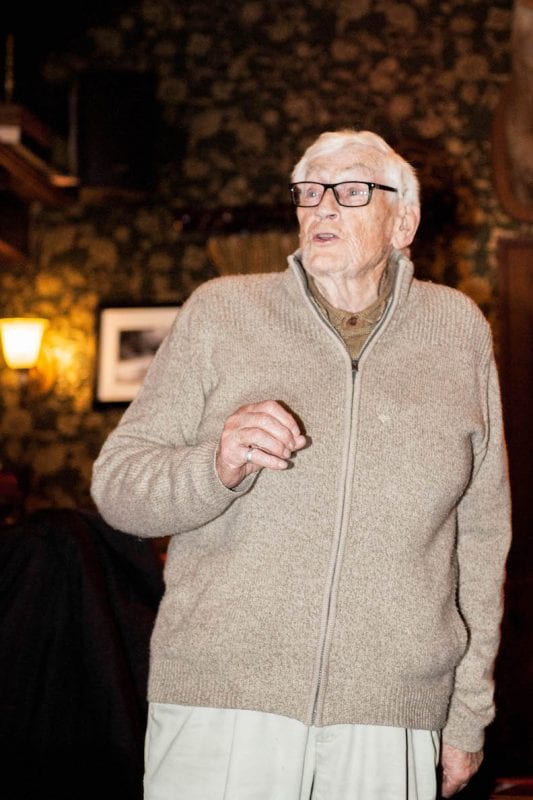 SDLP Newry councillor Michael Savage added: “So sad to hear of the passing of Seamus Mallon. A giant of a man in so many ways. A friend, mentor, leader, and family man.

“His legacy in Newry and Armagh and across Ireland will never be forgotten. The peace we now all enjoy is a result of his vision, authority and determination. We owe him so much. My deepest sympathies to his daughter Orla and the entire family circle. Rest in Peace Seamus.

SDLP councillor for south Armagh Pete Byrne, commented: “Today the SDLP has lost one of its leaders. A true statesman and man of peace, Seamus Mallon dedicated his life to unifying the people of this island.

“A life spent carving out and securing the peace that is so precious to all of us today. Ar dheis Dé go raibh a anam.”

Independent Unionist councillor for Cusher, Pauld Berry stated: “i wish to offer my sincerest sympathy to Seamus Mallon’s family and friends on the sad passing of him today.

“I had the pleasure of working with him when I was MLA for Newry & Armagh and whilst we differed on constitutional matters we agreed on many other things which affected our constituents on many occasions.

“He was totally opposed to violence and was a strong advocate for respecting our different traditions and indeed I believe his leadership style and conviction is missing today.

“Like many of our country men, we had more to unite us than divide us and for that I respect his legacy and assure his family of my thoughts and prayers at this time of sorrow.”

Very sad to hear of the death of Seamus Mallon. He was a tough character but with a big heart and a deep thinker about our future. pic.twitter.com/r5tAwJbfIj

“Seamus will be remembered for his contribution to Irish politics over many decades as the SDLP deputy leader and the key role he played in achieving the Good Friday Agreement.

“My thoughts and condolences are with his family and colleagues at this sad and difficult time. Ar dheis Dé go raibh a anam.”

Newry & Armagh MP Mickey Brady added: “I am saddened to learn of the death of Seamus Mallon, a formidable and highly respected politician, whose contribution to peace on this island is recognised and appreciated by all.

“My deepest sympathies to his family, friends and political colleagues”

Joint First Minister Michelle O’Neill said Mr Mallon was “a significant political figure who made a huge contribution to the politics of peace and the Good Friday Agreement”.

“His mark on our history is indelible. I send my sympathy to his family, friends and political colleagues who will feel his loss deeply at this very sad time.”