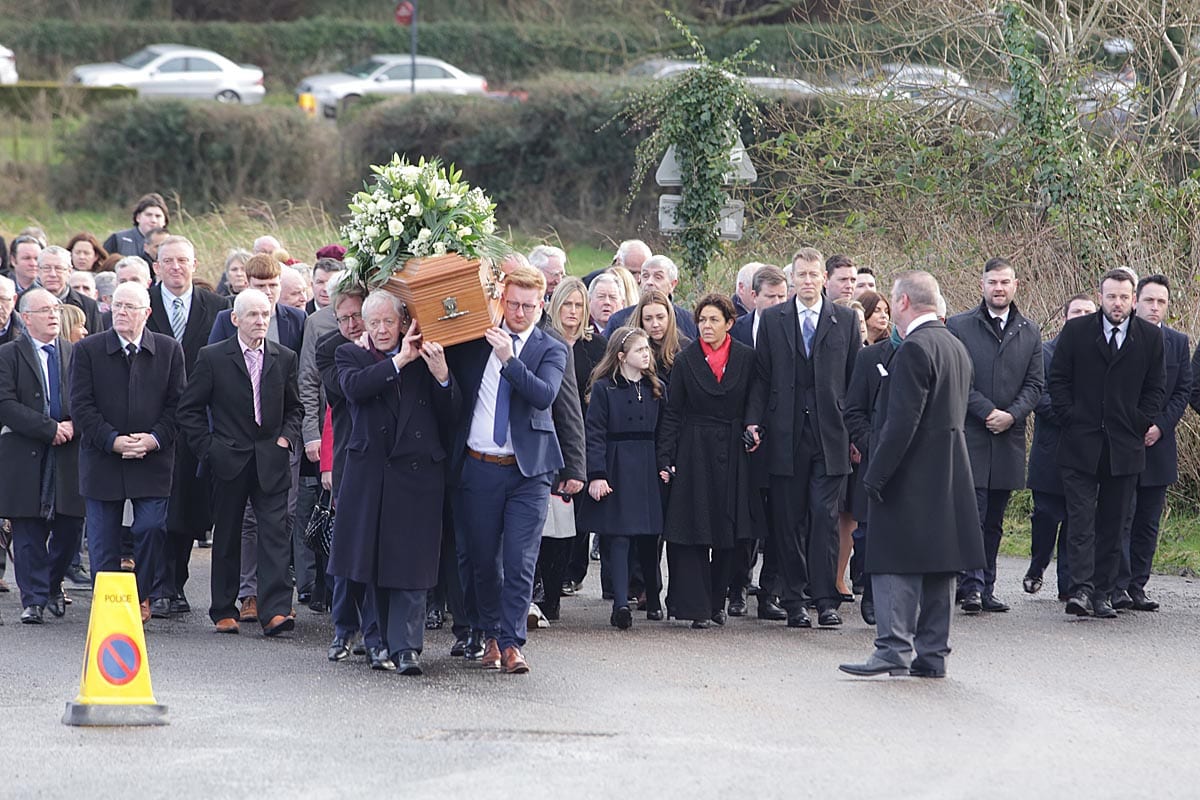 Mourners at the funeral of Seamus Mallon heard how the Co. Armagh man was a peacemaker, bridge builder and people person who a “made a real difference to the world”

Government ministers past and present were among the mourners at St James’ Church in Mullaghbrack on Monday afternoon.

Archbishop Eamon Martin said Mr Mallon was a “shining example of someone who gives their life in a vocation of service”.

He said: “We are deeply conscious that for you, Orla, and the entire family this is an occasion of great personal sadness as you say farewell not so much to a man of high stature in public life on the island, but rather your own dear father, grand-father, father-in-law, brother, uncle and somebody hugely special and significant in your family lives”. 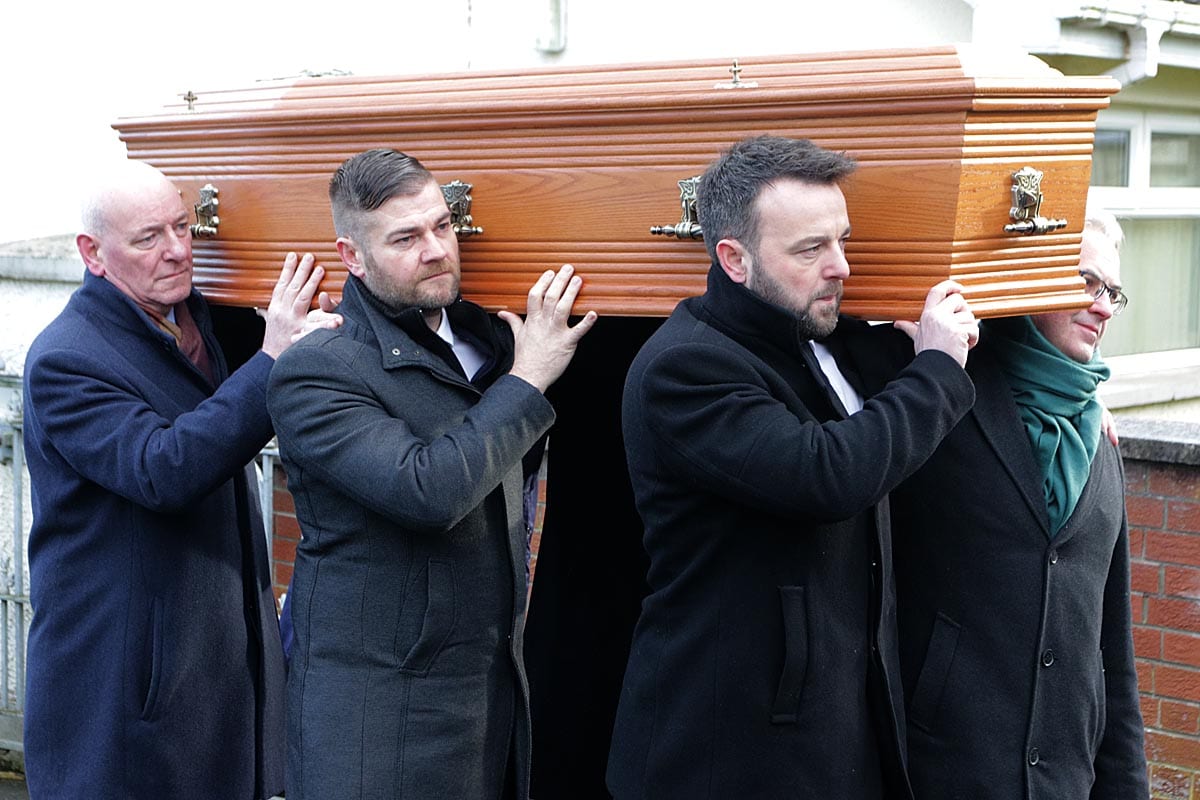 Welcoming all the politicians and public representatives in attendance, Father Woods said: “Your presence in such huge numbers is testament in itself to the impact of Seamus on the life of this island.”

Dear brothers and sisters, Seamus will be so pleased to see all of us gathered here this morning this afternoon. So many of his loved one friends and colleagues and people of all persuasions gathered here in Mullaghbrack.

In his Eulogy, Archbishop Eamon Martin made reference to people of all persuasions gathered here in Mullaghbrack, “sharing the place that he was proud to call his home”.

The Archbishop spoke of Mr Mallon spoke “lyrically” about his home place in opening of his latest book.

He quoted the book which read: “Every day of the week, I am fortunate to be within touching distance of places and moments that have helped to shape our country’s history. And indeed, about the shape me both as a person and as a politician. 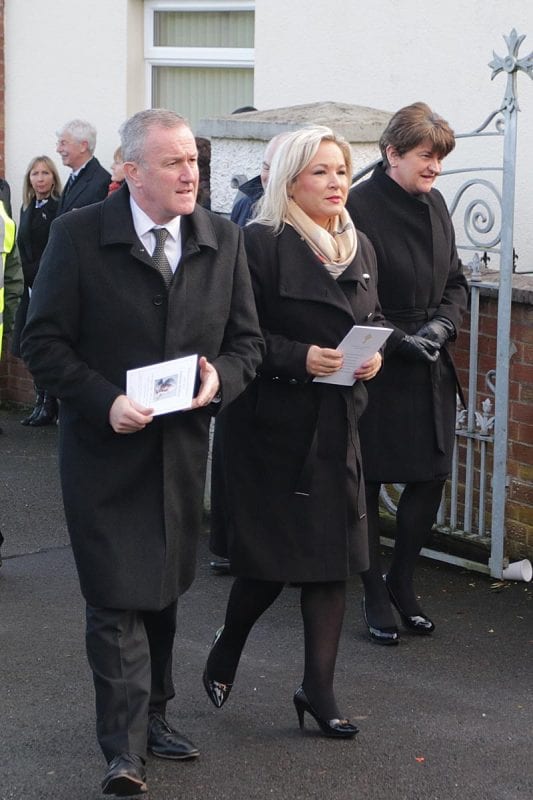 “Each of my kitchen windows looks at the symbols of four centuries of divided history, the fears, the prejudices, the ethnic hatred, the lack of understanding.

“Seamus Mallon was determined to help put these things right to make a real difference, and to leave the world a better place than it was when he entered it and was baptised in this parish back in 1936.

“People sometimes speak of the noble vocation of politics, and Seamus Mallon was a shining example of someone who gives their life in a vocation of service.” 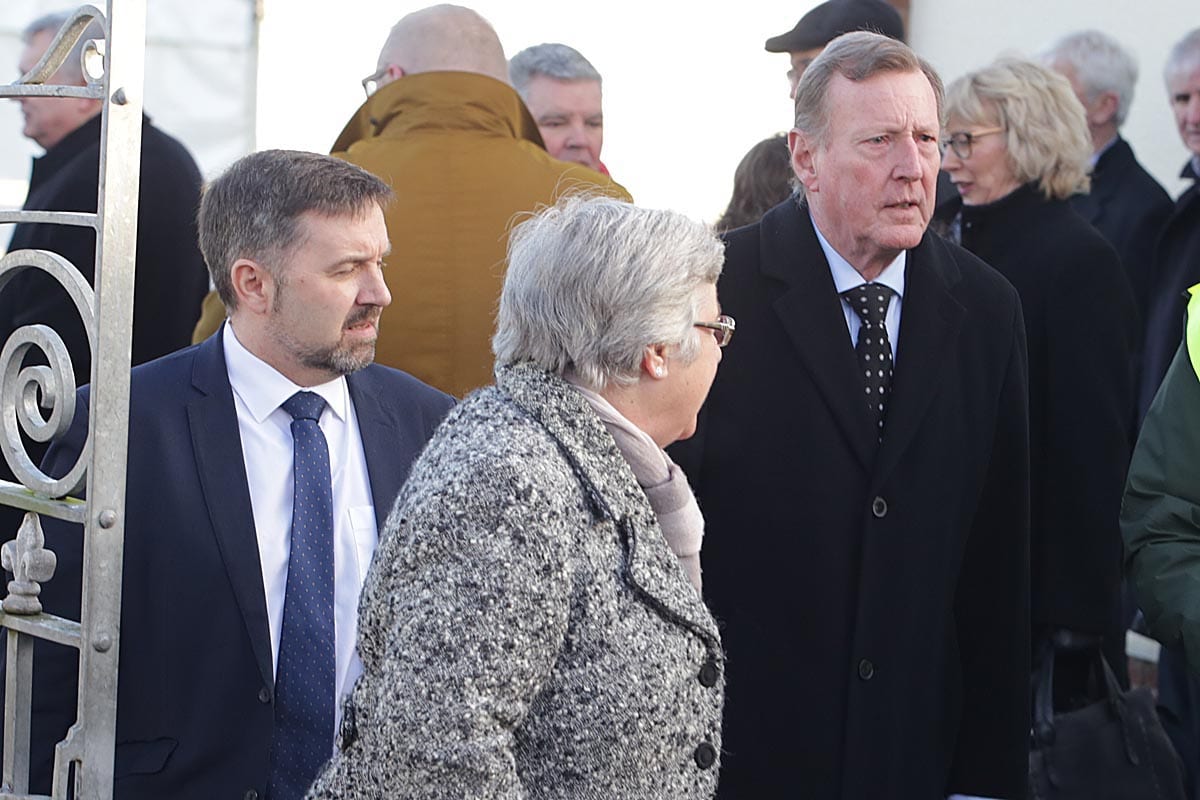 He commented how many knew Seamus as a tough negotiator and astute leader, whilst others would have know him on a personal level.

“Seamus enjoyed good company wherever he could find it, whether it was fishing on Lough Inagh, or golfing at Rosapenna or watching a match, or putting on plays and shows are pottering around the garden are playing with his faithful dog companion Jesse or savouring a creamy pint or a glass of whiskey with his fans. Seamus was a people person through and through.”

Speaking on Mr Mallon’s role as a peacemaker, the Archbishop continued: “Seamus Mallon we all know, was unequivocally anit-violence and like Heaney, the poet he loved. He saw the ongoing bloodshed of the past as a waste of life, a waste of spirit and he empathised from his heart with all those who were suffering. 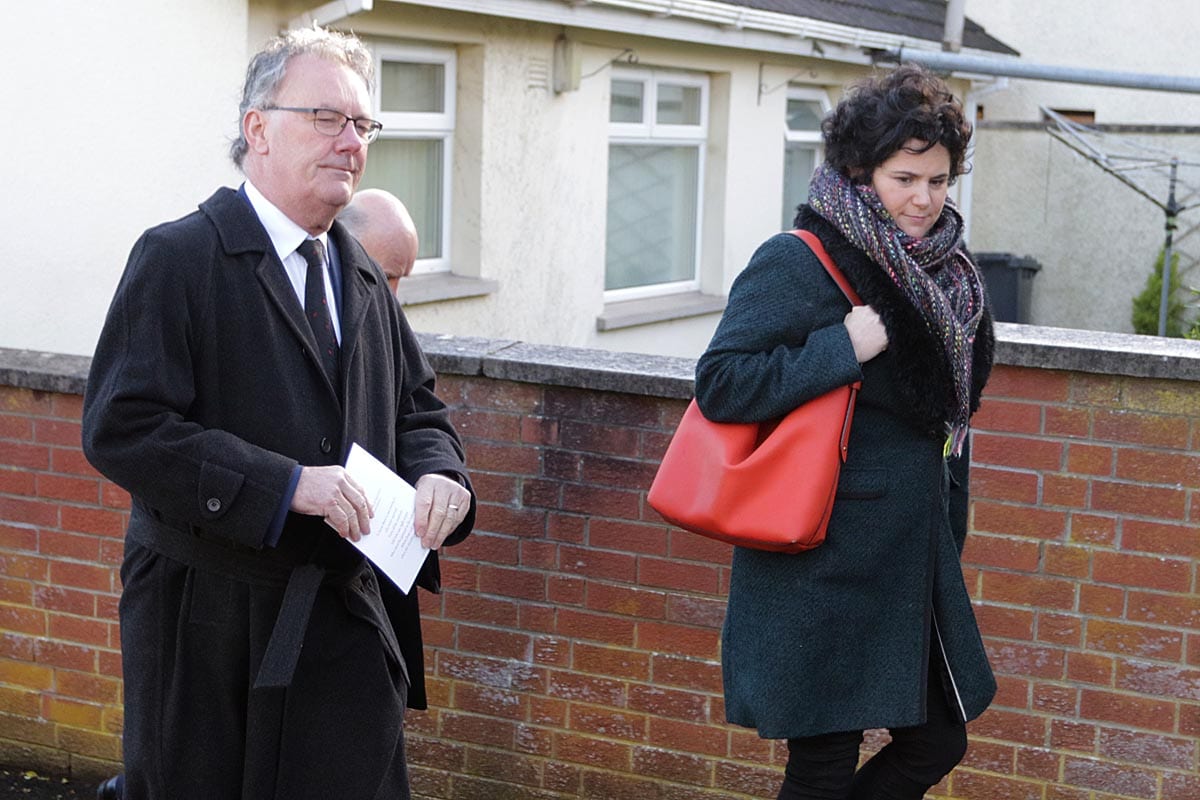 “His condemnation of violence from whatever source was consistent and often left them open to insult and unfair criticism. But its principles which were rooted in a strong faith and in an unstinting commitment to a culture of life. They remain steadfast in face of any opposition.”

He shared another passage from Mr Mallon’s book, in which he wrote: “As I walk or drive on my weekly roans I’m haunted by the places that have been violated.

“Too many places violated in my Parish, my country, my country, violated by murder and massacre, places I used to know and love as I passed by them on my boyhood bicycle. 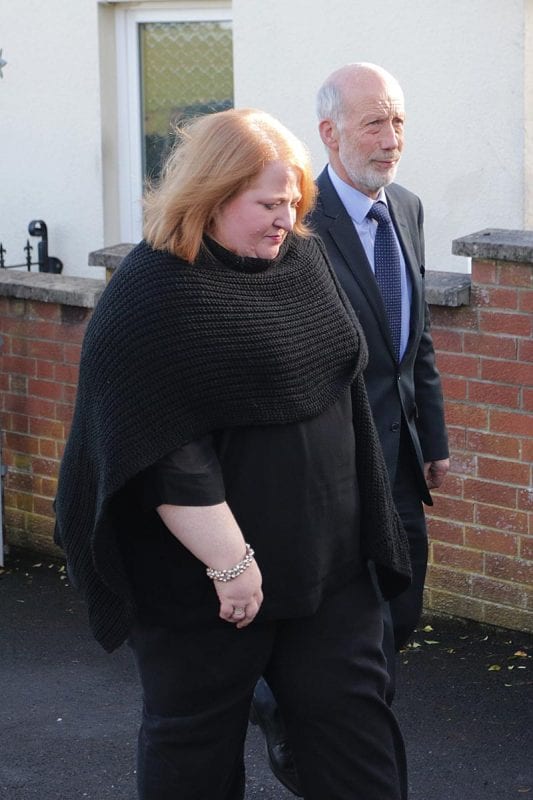 “A fitting tribute to the legacy of this great man would be a renewed commitment and a renewed effort by all of our political leaders and indeed by all of us to build that shared home place, which was Seamus version and lifelong project.”

The Archbishop said: “[Seamus] was a loving father, husband and brother and grandfather. 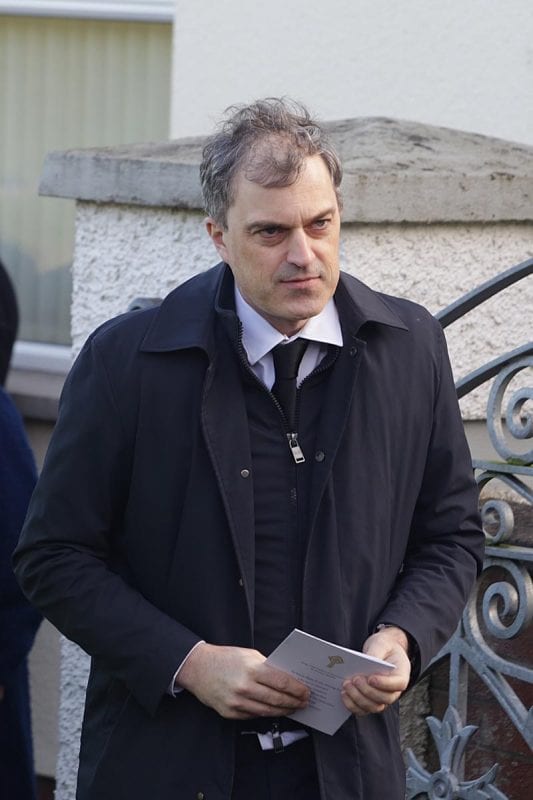 “Here was a dedicated Catholic school teacher and principal, a kindly and attentive neighbour, a man of many talents who wasted none of them.

“Here was a wholesome human being, who spent himself selfishly for his family, his local community, and for the common good. Here was a peacemaker, a bridge builder, a leader, a statesman, and a faithful worker for the kingdom of God.” 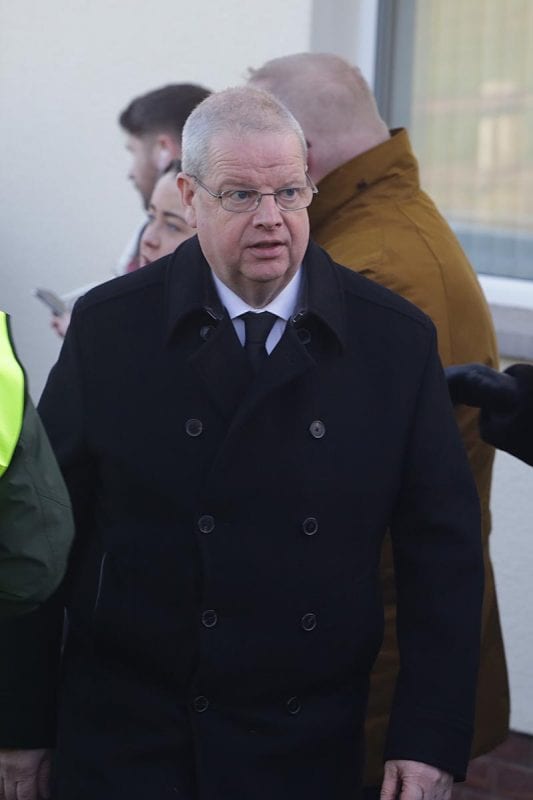 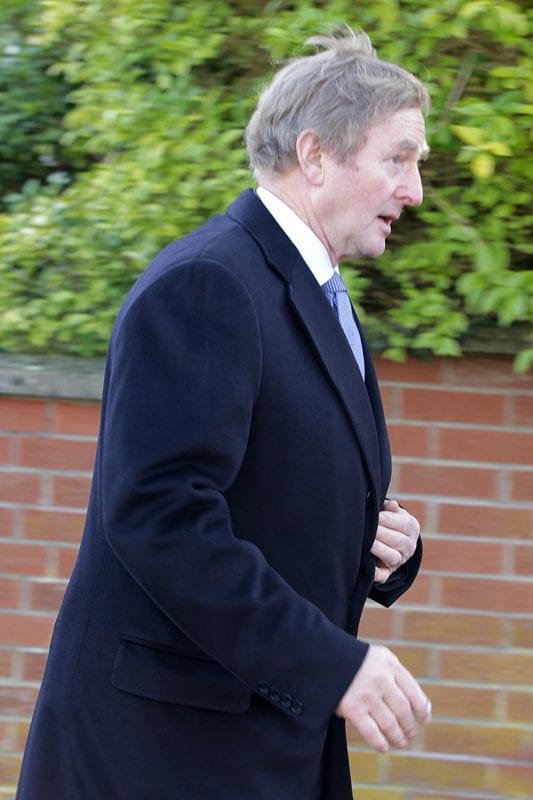 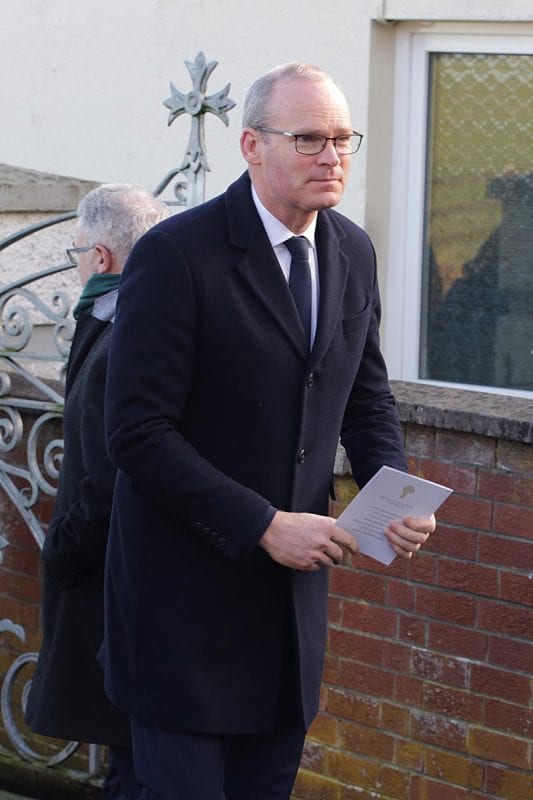 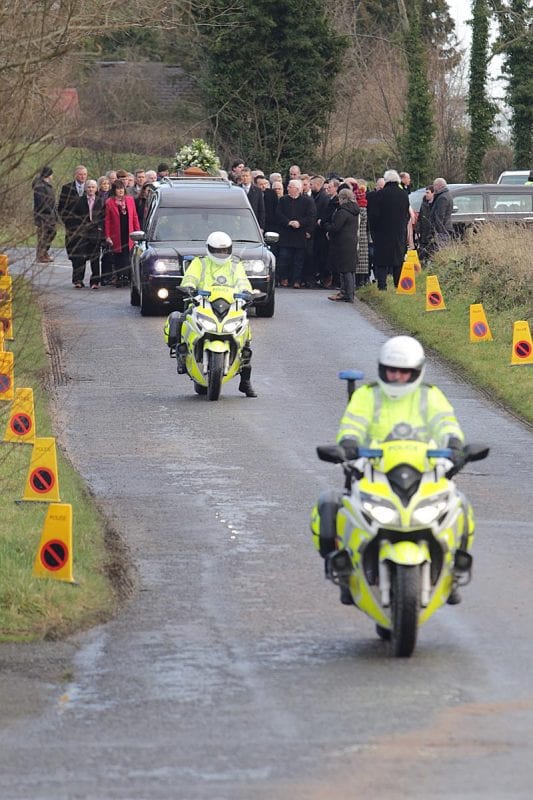