Extended family have been campaigning all year long 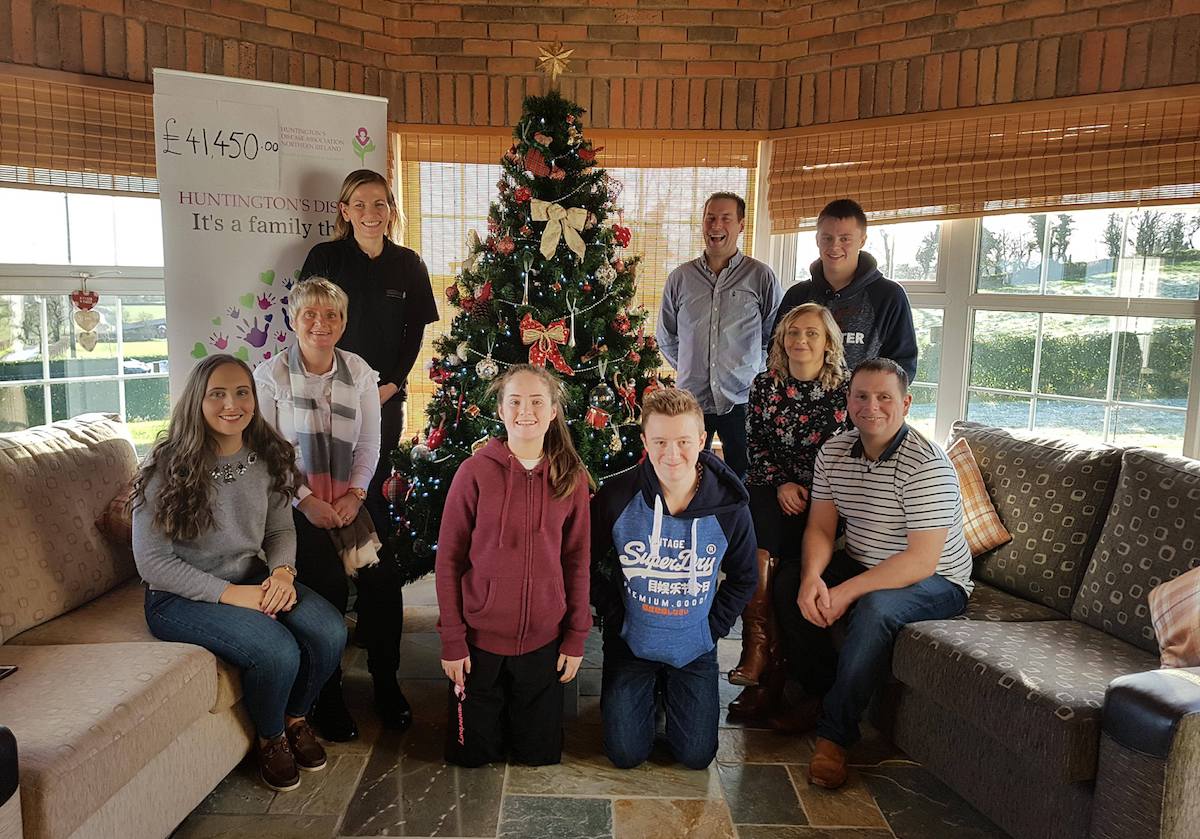 A Co Armagh family have handed over more than £41,000 to charity following a year-long fundraising drive.

Janice McCartney and her extended family have been campaigning for Huntington’s – a disease which has affected her family.

In 2012, she lost her father George Heatrick at just 58. Her two aunts also suffer from Huntington’s, as does her cousin Helen Hawthorne, from Redrock.

However, this year alone, Janice and her wider family have raised a healthy £41,450 – of which a staggering £33,000 was raised at their Barn Dance during the summer.

That, coupled with the £8,000 from a coffee morning and Belfast Marathon earlier in the year, will given a much-needed boost to HDANI.

Janice, speaking to Armagh I, said: “We are absolutely delighted and still in shock how much support we have had from the whole community.

“This time last year when we had just started our planning and we did not think the barn dance would have been such a success, with over 1,000 people through the doors and £33,000 raised.

“Everyone was so good, all the business and community got behind us. There are many to thank, they’re help has been invaluable.

“This money will help the every day lives of HD families and will go a long way to helping an association which has been struggling so much this last year, especially with no Assembly in place.”