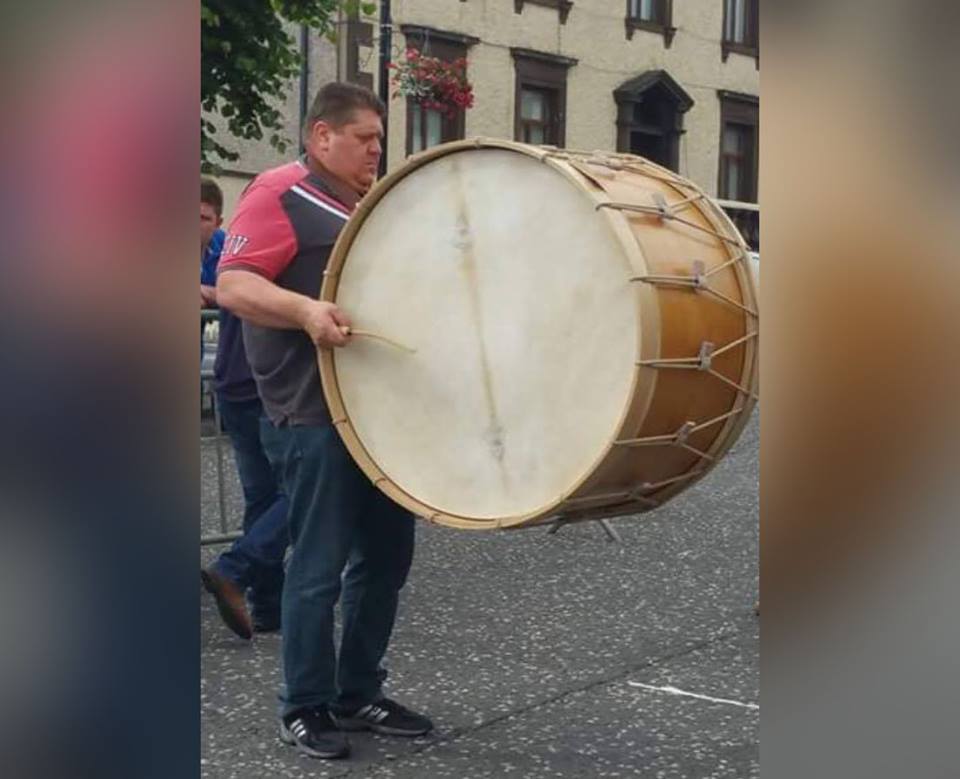 Neighbours have voiced support for a Markethill mother-of-six who has been threatened with legal action over the playing of Lambeg drums.

Kelley Sterritt, who has five sons and a daughter, faces a £5,000 if they play the drums – bearing a picture of their late father (main image) – outside the permitted times.

The order, established by the Armagh City, Banbridge and Craigavon Borough Council, was sent to the Markethill home of Kelley Sterritt last week

The Sterritt family name has long been connected with the of playing and making of Lambegs, with the sound of the drum being heard from their family home close to Gosford Forest Park for three generations.

This tradition was passed down in the family from the boys’ Grandfather Ernie to their father Richard, whose premature death at 52 in November 2016 shook the community.

However, a potential dampener has been put on this sound after a recent “noise nuisance” complaint which has resulted in an order being issued, limiting practice to just one hour a week.

Drumming has been restricted to just two 30-minute sessions every week, between 10am and 2pm, and 4pm and 7pm.

But local residents and councillors are rallying behind the Sterritt family.

One of a number of supportive neighbours told Armagh I that the noise created was very limited, insisting that the busy roads caused “more of a racket”.

Although he said others lived closer to the family than himself, he added: “I haven’t heard anyone complain, equally I haven’t gone out and done a survey. It’s like everything – there is nothing wrong until you ask somebody”

This neighbour also insisted there were “many worse pastimes” for young boys to be involved in, with “all the temptation that is before young people with drugs and excess alcohol”.

“When you get young fellas making drums and being involved with drums or football or GAA I think they should be encouraged,” he added.

DUP Alderman Gareth Wilson has been in touch with the family.

He told Armagh I : “The greater Markethill area is culturally significant in its association with the Lambeg drum and it can heard being played regularly across this rural district.

“Since being made aware of this issue I have been working to establish the details in this concerning case and I have been in touch with the Sterritt family and also the council officials and drector of the department.

“I will be working towards finding a resolution to this issue.”