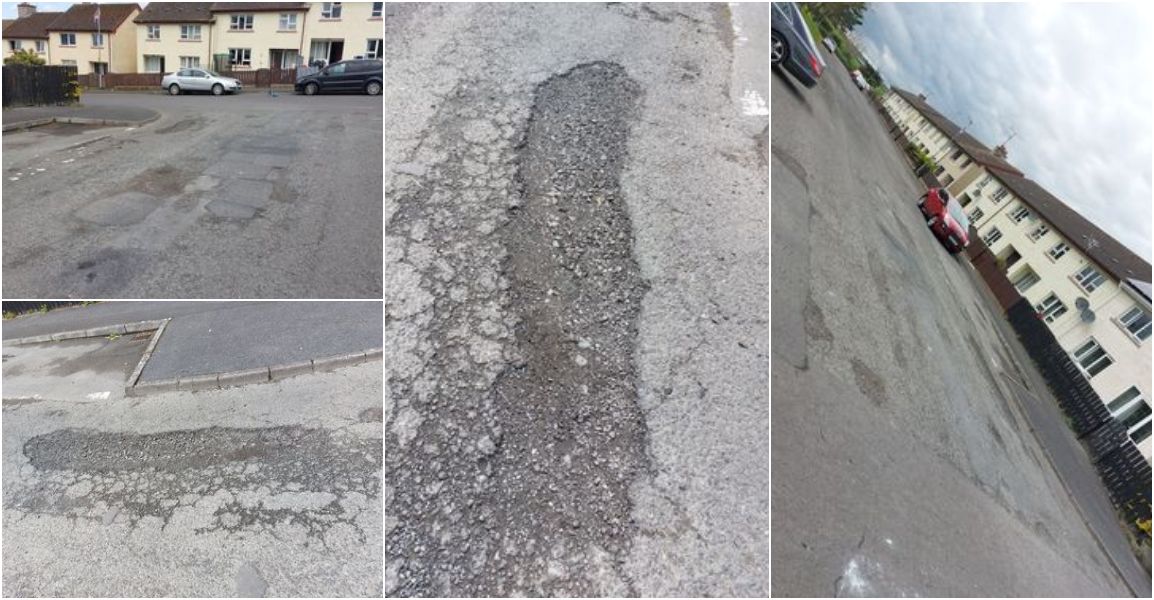 A Co Armagh mother has made a desperate plea for action as she says roads in and around her housing development are “literally crumbling away”.

Gemma Gates, a resident in Neills Villas in Loughgilly, reached out to Armagh I in a bid to help highlight an issue she claims she is being ignored on.

The mother of four young boys says she has raised the issue with Roads Service at least six months ago and to date nothing has been done about the state of the roads around her.

“I don’t think anyone has even come out to look at them, let alone mark them,” said Ms Gates.

“I have four boys and this is the only area the boys can play; it’s either that or the play park which unfortunately doesn’t always happen due to the need for them to be supervised.”

Ms Gates says her sons have fallen several times as a result of the shocking state of the roads.

“The place is a mess and is literally crumbling away,” she continued.

“It really feels like they’ve been like this forever to be honest and they’re getting worse by the day.”

“All I’m concerned about is the safety of my kids and others in the estate.”

DUP Alderman Gareth Wilson said: “There are a significant number of defective roads within housing developments across the Borough and this is certainly a case in point where action on repairs is urgently required.

“I will be raising these concerns directly with the local repair depot and hopefully some resources can be targeted at Neills Villas to address these genuine concerns.”