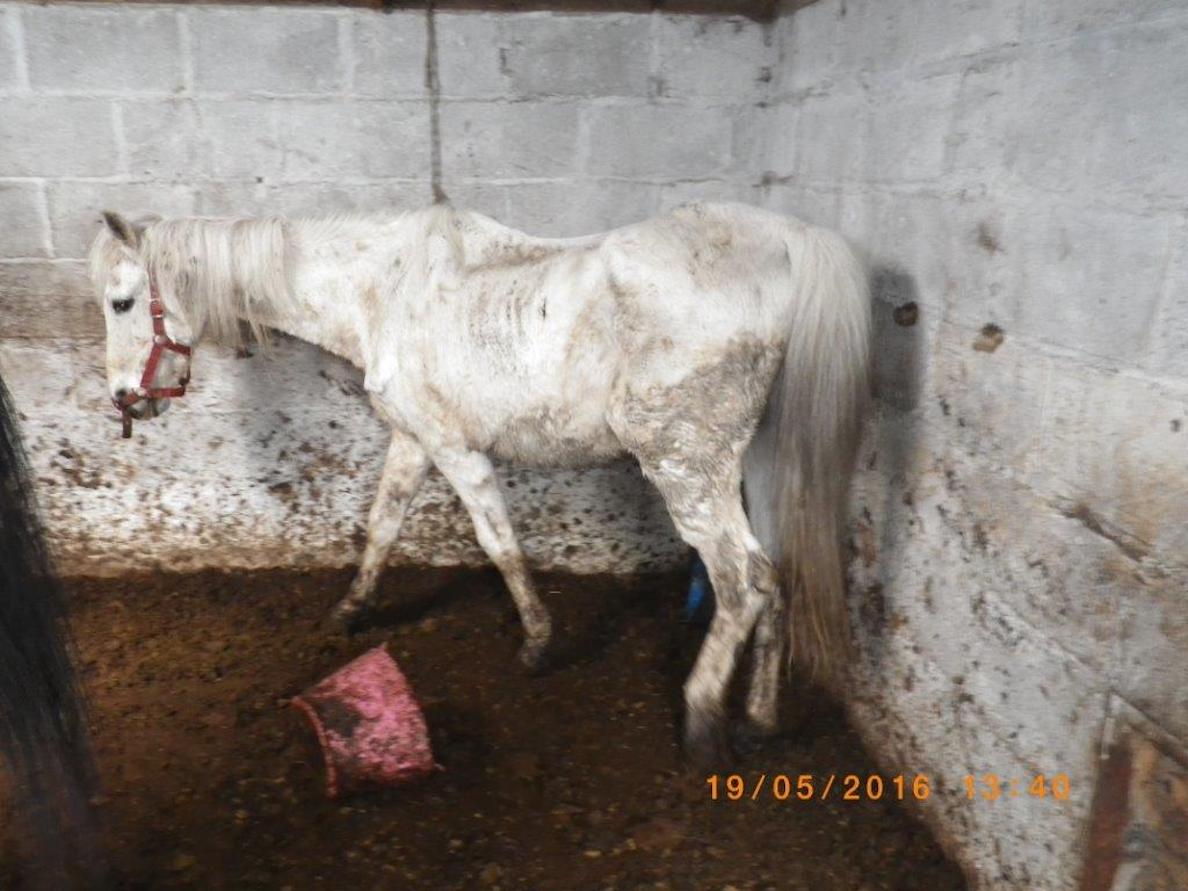 A Co Armagh mother and daughter were fined and banned from keeping animals after malnourished horses were found living in filthy conditions.

Markethill woman Rebecca Fiddes, 47, and her daughter Jessica Fiddes, 23, have been fined and banned from keeping animals for 10 and two years respectively after pleading guilty at Armagh Magistrates’ Court.

The pair appeared before the judge on Friday, August 17 charged with causing unnecessary suffering to two horses in their care.

A case was brought against both women by Armagh City, Banbridge and Craigavon Borough Council under the provisions of the Welfare of Animals Act (Northern Ireland) 2011 after a member of the public raised concerns about the horses’ welfare in November 2015.

An Animal Welfare Officer, assisted by a veterinary surgeon, visited the property where the horses were being kept and found them to be extremely malnourished with no food and living in filthy conditions.

After being certified as suffering, they were taken into the care of the council.

In addition to the disqualifications from owning and keeping animals, Rebecca Fiddes was fined £500 while her daughter received a £250 fine. Both women were also ordered to pay legal costs.

A council spokesperson commented: “This ruling will hopefully serve as a reminder to anyone who causes unnecessary suffering to animals that they will be brought before the courts and dealt with appropriately.

“Cases of cruelty and neglect can be reported to our Animal Welfare team who will use enforcement powers to fully investigate all cases and take formal action, which may include the issuing of Improvement Notices, and where appropriate, seizing animals and prosecuting offenders.”

The Animal Welfare team can be contacted on 028 3751 5800 or email animalwelfare@armaghbanbridgecraigavon.gov.uk.