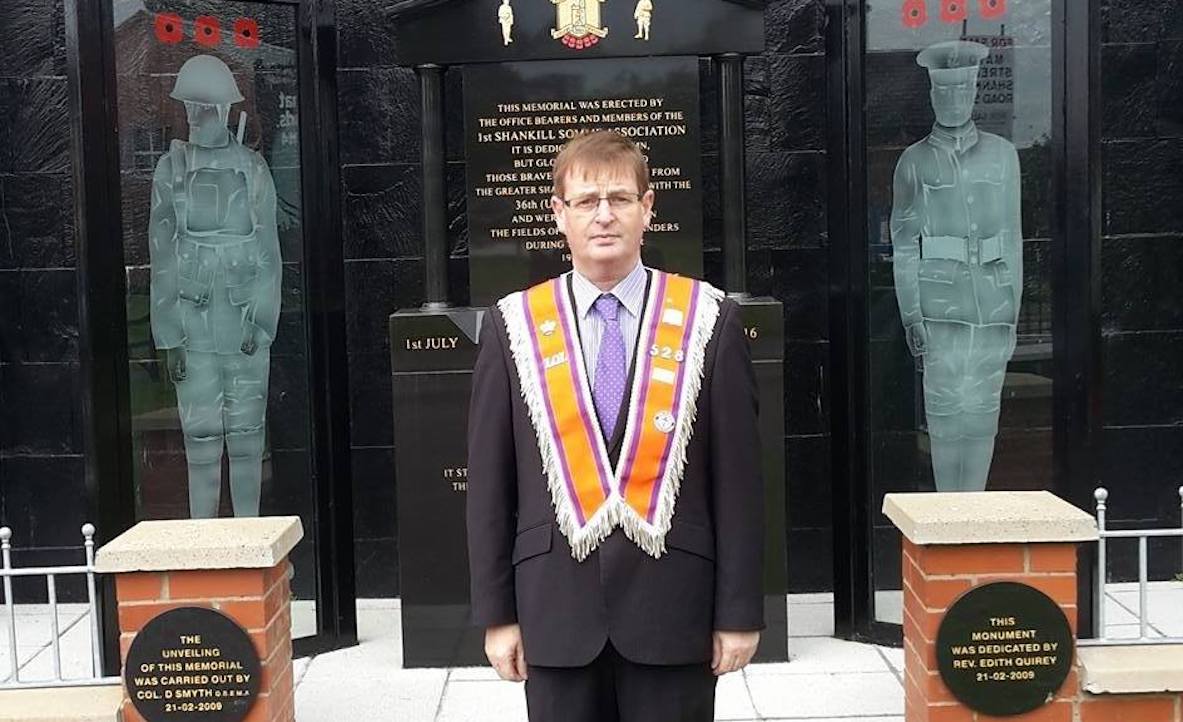 He passed away earlier today (Friday) in Craigavon Area Hospital.

Mr Frazer – who would have turned 59 next month – had been intensive care after falling into ill in recent days. He had been battling illnesses for a number of years and is understood to have suffered organ failure.

“I visited William only a few days ago and chatted with him as he lay on a hospital bed and it is very tragic that he has sadly passed away after this period of ill health,” said Mr Irwin.

He added: “I had known William for many years and everyone will be aware he had suffered a lot through the loss of his father and other family members directly as a result of IRA terrorism.

“He will be sadly missed by his wife and family circle and I extend my deepest sympathy and prayers to them as they come to terms with this awful loss.

“William was a tireless advocate for innocent victims of republican terrorism and his contribution in assisting many victims through various measures is something that they will be forever grateful for.”

DUP Council representative Alderman Gareth Wilson added: “My sympathy, thoughts and prayers are with the Frazer family at this very difficult time.

“William’s sterling work in support for innocent victims over many years was extensive and highly valued by countless individuals.”

Last Friday. Mr Frazer’s wife Ann, had said he was now in “God’s hands” and told the Newsletter: “Willie is critically ill and it is all in God’s hands. We would like to thank all the well wishers for all their messages of support and prayers.”

Speaking to the Newsletter, she said: “Willie is critically ill and it is all in God’s hands. We would like to thank all the well wishers for all their messages of support and prayers.”

Last month, Mr Frazer spoke of how he spent four days in the intensive care unit at Craigavon Area Hospital.

Mr Frazer, who previously owned a pub in the town of Markethill and later in Tandragee, was a founding member of the victims’ groups FAIR and SAVER/NAVER. He was mostly recently involved with VSS – Victims and Survivors Service.

Mr Frazer had previously stood unsuccessfully in elections to the Northern Ireland Assembly, firstly as an Ulster Independence Movement candidate and later, in 2003, as an independent.

Six years ago, he was heavily involved in the flag protests which began after the removal of the Union Flag from over Belfast City Hall. He was also the main organisers of the ‘Love Ulster’ marches.

Mr Frazer was also one of the leading campaigners for the families of the 10 Kingsmills Massacre victims as they fought for an inquest into the deaths of their loved ones in January 1976.

Six members of his own family were murdered in the south Armagh Troubles, one of which was his father Bertie, who was a part-time UDR officer, murdered by the IRA in 1975.

Two uncles and two cousins were also killed during the Troubles.

He said: “It was touch and go for a while, I have to admit that things didn’t look good.

“I went up to A&E because I didn’t feel very well and they thought everything was okay, but I was back a few hours later and that’s when things got really bad.

“Basically I’ve been waiting for an operation for my gall bladder and my blood pressure dropped and they couldn’t get it back up again, so they put me in intensive care.

“I came through it all right, thankfully, but they weren’t sure whether I would make it at one point, so it was very hard for the family.

“I have to say it’s the fight that keeps you going in a situation like that.

“I was speaking to my wife and pastor and I was smiling and he was asking what I was smiling for. I could hardly talk at this point and I told him there are a few things I have to finish so I wasn’t going anywhere just yet.”