Weapons and balaclava seized during routine vehicle search at Markethill 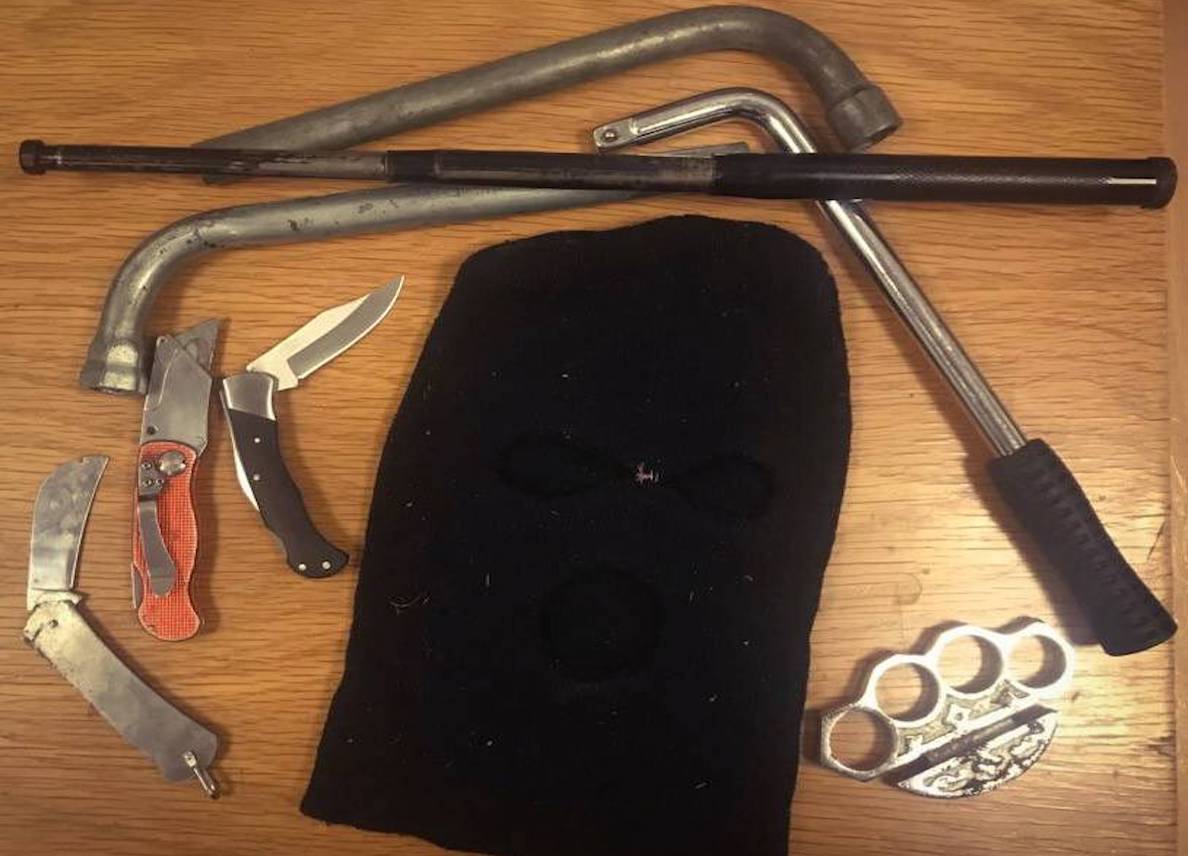 A man has been arrested in Markethill after a small arsenal of weapons were found in his car last night (Saturday).

The man was stopped and after his behaviour aroused suspicion, his vehicle was subsequently checked.

The items (main picture) were found in his car, including a number of knives, balaclava and knuckle duster.

Posting the image on social media, PSNI in Armagh, said: “Constable S with her keen spider sense and years of experience, knew immediately something was up last night during a routine stop with a motorist in Markethill.

“As it transpired, through a bit of chat and subsequent search, this small arsenal of weapons and “face warmer” were soon discovered…

“All items have now been seized and a male has been reported to the PPS. All in an evenings work.

“Carrying items/weapons like this in a public place is illegal and a very serious offence, it can land you in serious hot water and possibly prison. Don’t be stupid. Don’t carry weapons.”