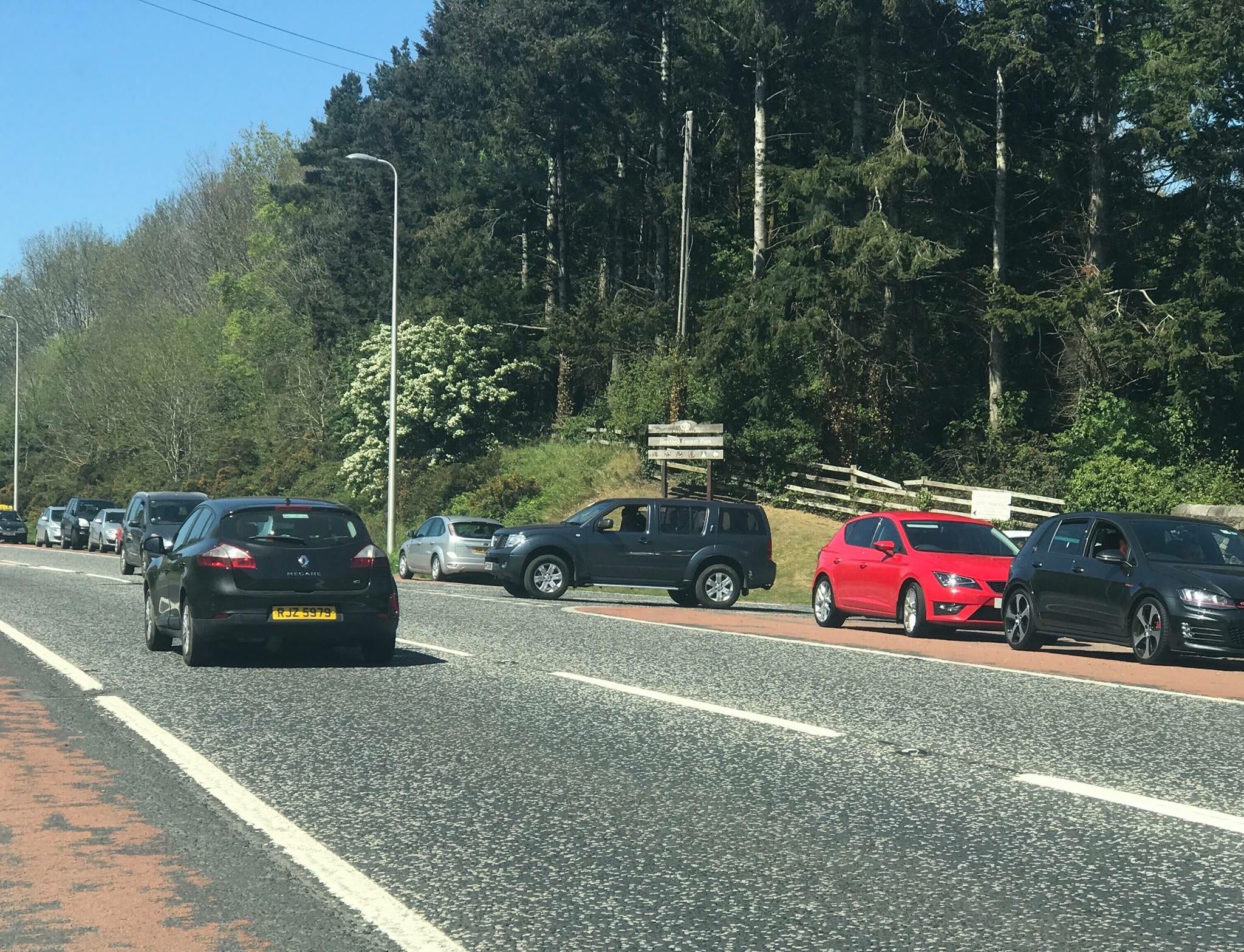 Motorists parking on the hard shoulder outside Gosford Forest Park on Sunday managed to avoid having to pay the penalty.

The warm spell of weather brought a constant stream of visitors to the attraction, outside Markethill, throughout the course of the week.

And on Sunday, as temperatures peaked, the situation as far as parking was concerned was as bad as it’s ever been.

Despite ongoing complaints and calls for motorists to cease parking in such a fashion, the situation has not changed, as motorists park up to avoid the £5 admission fee and enter the park on foot.

The PSNI in Armagh has long been aware of the situation and took to social media on Sunday, posting a photograph with the words: “Spot the danger.”

And there was the veiled threat too that those parking on the hard shoulder were about to find themselves picking up a ticket which would have cost much more than the admission fee.

The PSNI in Armagh, via Facebook, added to their post: “Heading back to pick up my ticket book.”

The issue on the Armagh I‘s website brought a huge response. It it one which divides people; some argue that Gosford does not warrant the charge, while others insist irresponsible parking could bring too high a price and all too late, when lives are lost.

Despite the implied threat to drivers that they were going to be slapped with fixed penalties, it has been confirmed now that the PSNI opted instead for another course of action.

Armagh I contacted the PSNI to see how many motorists had been issued with fixed penalties as a result of their parking outside Gosford.

But a PSNI spokesperson confirmed a different approach was taken – although efforts continued to try and find a resolution to the problems at this location.

She told Armagh I : “On this occasion the officer opted to provide motorists with a copy of the PSNI parking advice leaflet.

“We are working closely with the local traffic attendants to address concerns that have been raised about problem parking in the area.

It seems it may have been a ‘get out of jail free card’ this time, but next time an attempt at free parking may not come without its cost!