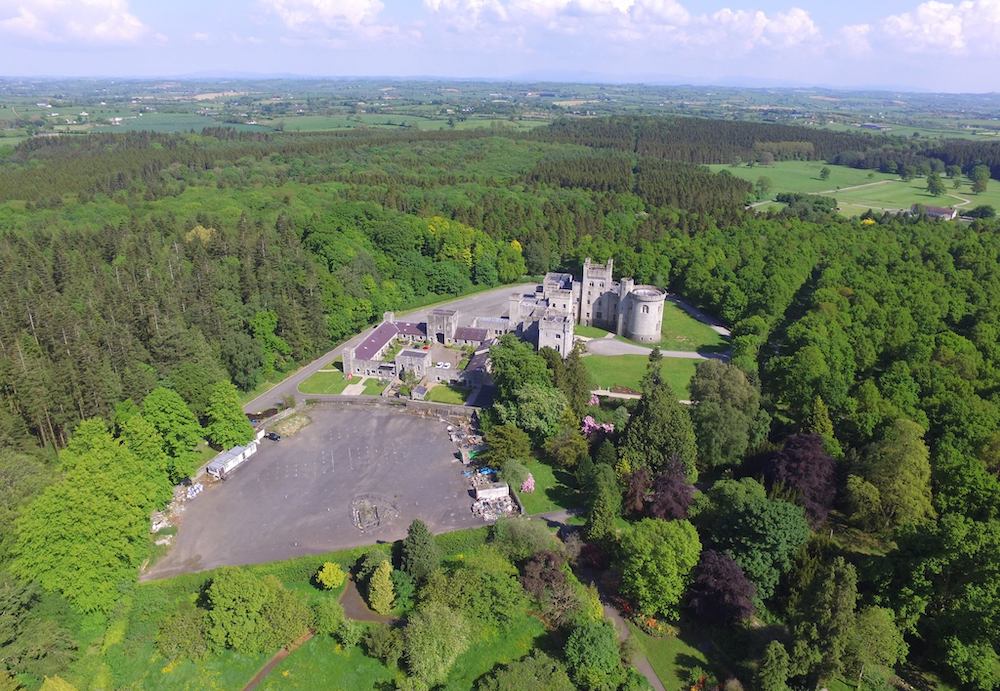 Controversial plans for a housing development in the shadow of Gosford Castle are back on the table, Armagh I can reveal.

It means that the Markethill project, which was unanimously rejected by Armagh City, Banbridge and Craigavon Borough Council, could yet go ahead.

But those who campaigned relentlessly against the proposals insist that nothing has changed and the decision taken by council should remain as is, with development beside the 19th Century castle – which has featured in the global hit TV show ‘Game of Thrones – forbidden.

As Armagh I exclusively revealed in May of last year, Newtownabbey man Sam Marks had applied for permission to build a total of 11 properties in a former car park beside the 19th Century castle.

The move caused great consternation locally and led to a petition being set up to try and block the development. Over 800 people signed and in all 65 individual objections were lodged.

The petition read: “Whilst the castle has been recently redeveloped, this conserved a unique historic building from a deteriorating state and does not licence further residential development within the area.

“The proposals include maintenance efforts for the neighbouring walled garden, but this is in no way compensation for the adverse impact a significant housing development would have on the overall nature of the area.

“The proposed plans would damage the forest landscape and change the whole nature, beauty and ethos of Gosford Forest Park. “For this reason, we call upon ABC council to reject the proposals and, instead, itself purchase the castle car park and walled garden with a view to transforming them for the wider benefit of the users of Gosford Park.

“This alternative would be in keeping with the overall purpose of the park and would enhance and develop the forest environment for the greater good.”

Despite the objections, we reported that officers had been poised to advise the work should proceed.

But in January, councillors unanimously rejected that recommendation of their own planning officials to allow the development to go ahead.

A number of the objectors who were involved in the setting up of the petition and lobbying support in their campaign to block the development enjoyed speaking rights at the meeting.

The applicant had been accompanied by his own team including legal representation.

In rejecting the housing plans, duly directed by councillors, in their signed professional report, officials noted the application was contrary to policy on sustainable development in the countryside, adding that there was “no overriding reasons why this development is essential in this rural location and could not be located within a settlement”. But now, however, with the dust having settled, it looks like the proposals are again to be considered afresh.

For Mr Marks has lodged a formal appeal of the decision by ABC Council to reject his proposals.

And this time round it will be the Planning Appeals Commission which will hear the evidence and rule on whether or not the project should be allowed.

But the objectors believe that nothing has changed and that the council decision should stand, citing reasons they believe this to be the case.

One of those instrumental in leading the campaign against the scheme told Armagh I today (Monday): “Gosford Castle is the largest Grade A listed building in Northern Ireland and to build a residential housing development beside it would be a travesty. “I have concerns about increased traffic on the avenue leading to the proposed development; there is a public right of way on foot on this avenue.

“There is no provision in the plans for overspill parking at the proposed development, with provision of one or two parking spaces at each property.

“I believe the area should be reinstated to an orchard, which it originally was. The developer has owned the walled garden for several years but has failed to maintain it. And the proposed development breaches several deeds of covenant contained within the original transfer deeds from Forestry.

“The walled garden has remained permanently locked, preventing members of the public accessing their right to visit it on designated days.

“I believe at this point the council should take action compelling removal of discarded building materials and remaining dilapidated portable cabins in the car park, as they are not only an eyesore but a health and safety risk.”

The 11 homes which Mr Marks is seeking to build are all to be one-and-a-half storeys in height and represent a mix of accommodation types. The development would comprise of three detached houses, two semi-detached and six townhouses. The plans also included the provision of private amenity space for residents of the new homes, as well as parking.

The applicant also detailed proposals to carry out a landscape scheme which would include a maintenance plan for the walled garden, which has a pond at its centre.

The earmarked site is described in the submission as being on “lands adjacent and to the west of Gosford Castle, Markethill”. It is listed as “hardstanding ground” which was “formerly a public car park”.

A spokesperson revealed that this development was in lieu of planning permission which already exists for 23 two-storey garages, something which was referenced during the meeting earlier this year when his plans were rejected.

According to Clyde Shanks, the 11 proposed dwellings would be bound and integrated with a significant planting scheme complementing the wider forest setting.

“Key features also include re-introducing a historic path link from the castle to the walled garden, maintenance plan for the walled garden structure and removing the tarmac car park that currently contributes little to the historic setting,” said a spokesperson.

This application was also said to have followed two years of “comprehensive pre-application discussions” with the Department for Communities Historical Environment Division to refine the proposal prior to submission.

The Planning Appeals Commission will now consider in detail Mr Marks’ application to overturn council’s unanimous ruling which would, if successful, allow his development to go ahead.