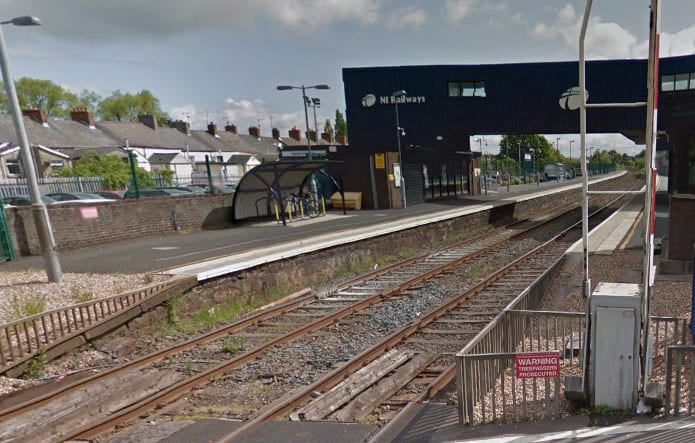 A man waiting on a train in Lurgan was viciously assaulted as he stood on the platform.

The victim suffered a broken jaw in the incident which happened on Sunday, August 9 around 8pm.

Police in Lurgan are appealing for anyone that saw the incident or could help with the investigation to get in touch.

Constable Gareth Gordon said: “We are investigating the circumstances surrounding an assault which happened on Sunday, August 9, at the railway station on William Street.

“One man, who was waiting to get a train from Belfast around 8pm, was assaulted on the platform.

“It is understood he sustained a broken jaw.

“If you can help Police with their enquiries please call the 101 number, quoting reference number 34510815. Alternatively information can be passed via the independent Crimestoppers charity on 0800 555 111.”