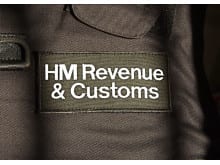 A Banbridge man, who registered as a farmer to steal over £200,000 in a VAT refund fraud, even though he didn’t own a farm, has been jailed for 10 months after an investigation by HM Revenue and Customs (HMRC).

HMRC investigators obtained witness statements from 24 businesses that McKay claimed he had traded with.

These statements confirmed that the invoices were false and McKay had not traded with any of them.

“McKay deliberately set out to create a false paper trail so that he could claim money that he was not entitled to. Although he didn’t own a farm he registered a farming business to manipulate a system that exists for the benefit of legitimate companies with the sole purpose of lining his own pockets.

“He knew he was breaking the law, yet chose to overlook it for the opportunity of making what he wrongly assumed would be easy money, at the expense of the taxpayer.”

A confiscation hearing to recover the proceeds of his crime will follow.

Chalk marks – what the public needs to know