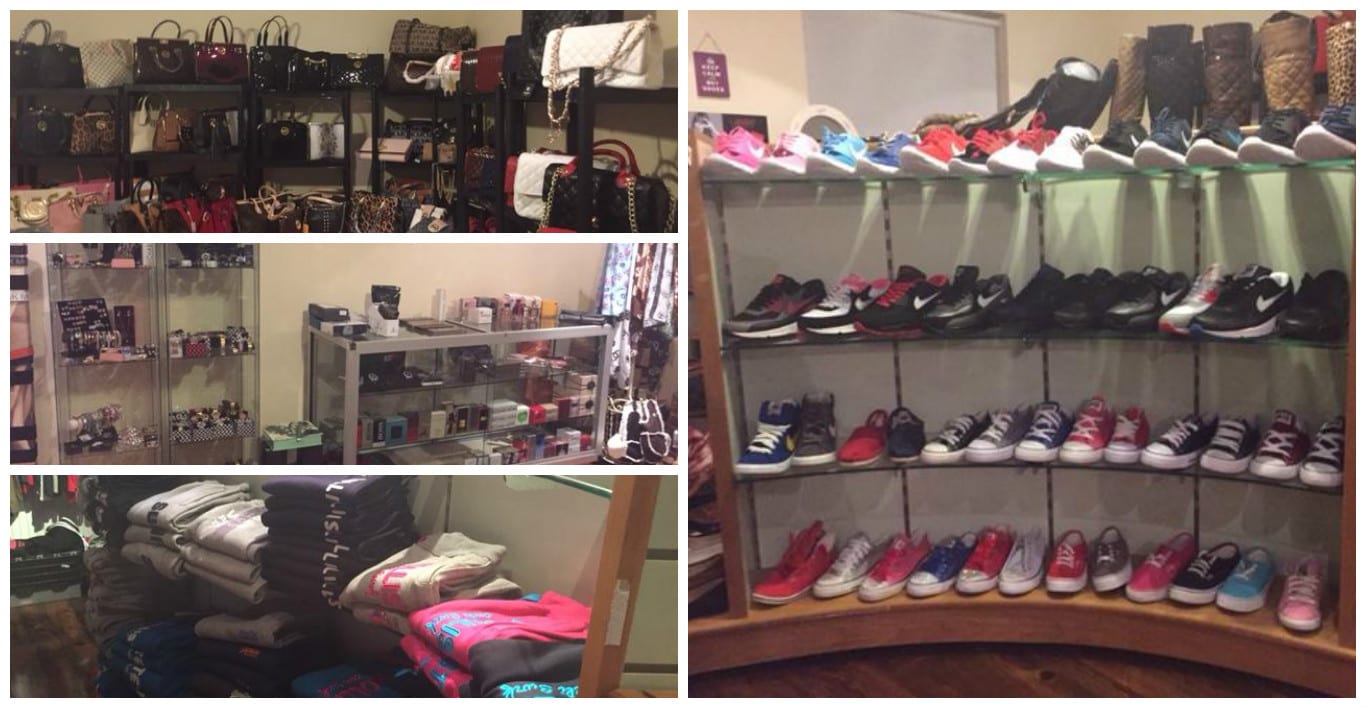 Two rooms of the property were arranged as viewing areas while a third room was used as a storeroom.

A small quantity of fireworks and bottles of potcheen were also recovered.

Detective Chief Inspector Stephen Wright said: “A 39 year old female and 44 year old male were arrested for making or supplying articles for use in connection with fraud, possessing criminal property and possession of articles for use in fraud. They were released on bail pending further enquiries.

“The counterfeit market damages our local economy and diverts much needed finance away from small and local businesses. There are also many instances where the counterfeit market is used to fund organised crime and terrorism. We would ask the public to support us as we address this crime and encourage anyone who has information to contact us on 101.”