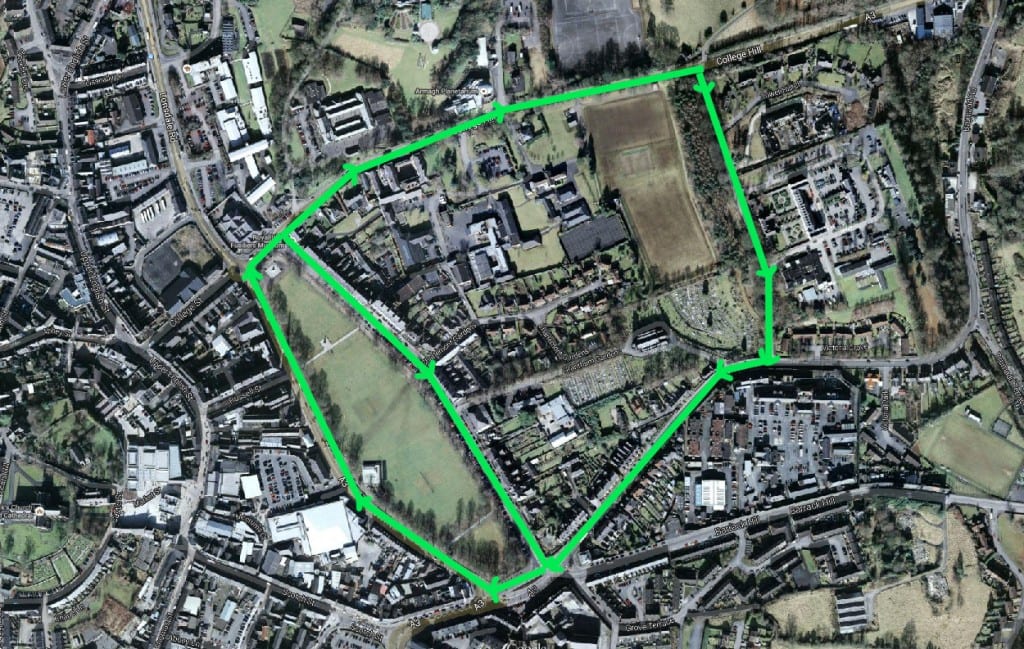 Armagh City and District Council has endorsed a plan to introduce a one-way traffic system around the Mall – at the same time pledging to continue to pile on pressure to see link roads built.

Councillors this week passed an earlier report on support for the one-way scheme, which is aimed at tackling congestion across the city centre.

And it will shortly go out to public consultation so that YOU can have your say!

Armagh I exclusively reported plans for the changes last year and, in November, also revealed that the proposed one-way system might extend further out of the city than originally expected (as our map illustrates). Speaking after this week’s meeting, an Armagh Council spokeswoman told Armagh I: “In 2009 the Armagh City Masterplan concluded that, not only did Armagh need the west and east link roads as soon as possible, but there was also a need to improve the internal road network, particularly around the Mall in the centre of the city.

And as that is about to get underway, the spokeswoman confirmed that the “council will continue to pursue the completion of the west and east link roads as soon as possible”.

Armagh I received a copy of a proposed road layout for the one-way system late last year and put it to TransportNI.

And TransportNI confirmed that it was under consideration.

We first revealed at the start of October that the continuation of a major sewerage scheme in the city centre may provide the opportunity for one-way traffic to be trialled around the Mall.

TransportNI confirmed this to us at the time.

But in November we learned that, in fact, the one-way system is to be continued up College Hill, which could lead to major problems around the areas of the Armstrong Primary School and Royal School Armagh, as well as for the Armagh Observatory and the Planetarium.

A TransportNI spokesperson told Armagh I: “The plan for the one-way system is for it to extend up College Hill to Tower Hill, over Tower Hill and down Victoria Street.

The original plan for the one-way traffic system around the Mall was expected to be implemented next summer during the sewerage scheme, work on which is due to continue until the spring of 2016.

The one-way system has long been on the cards, and the intention had always been to reduce the number of lanes at the Gaol end of the Mall when it is redeveloped as a hotel.

The one-way system, it is expected, will be judged on how effective or otherwise it will prove to be before any decision would be made about it becoming permanent.