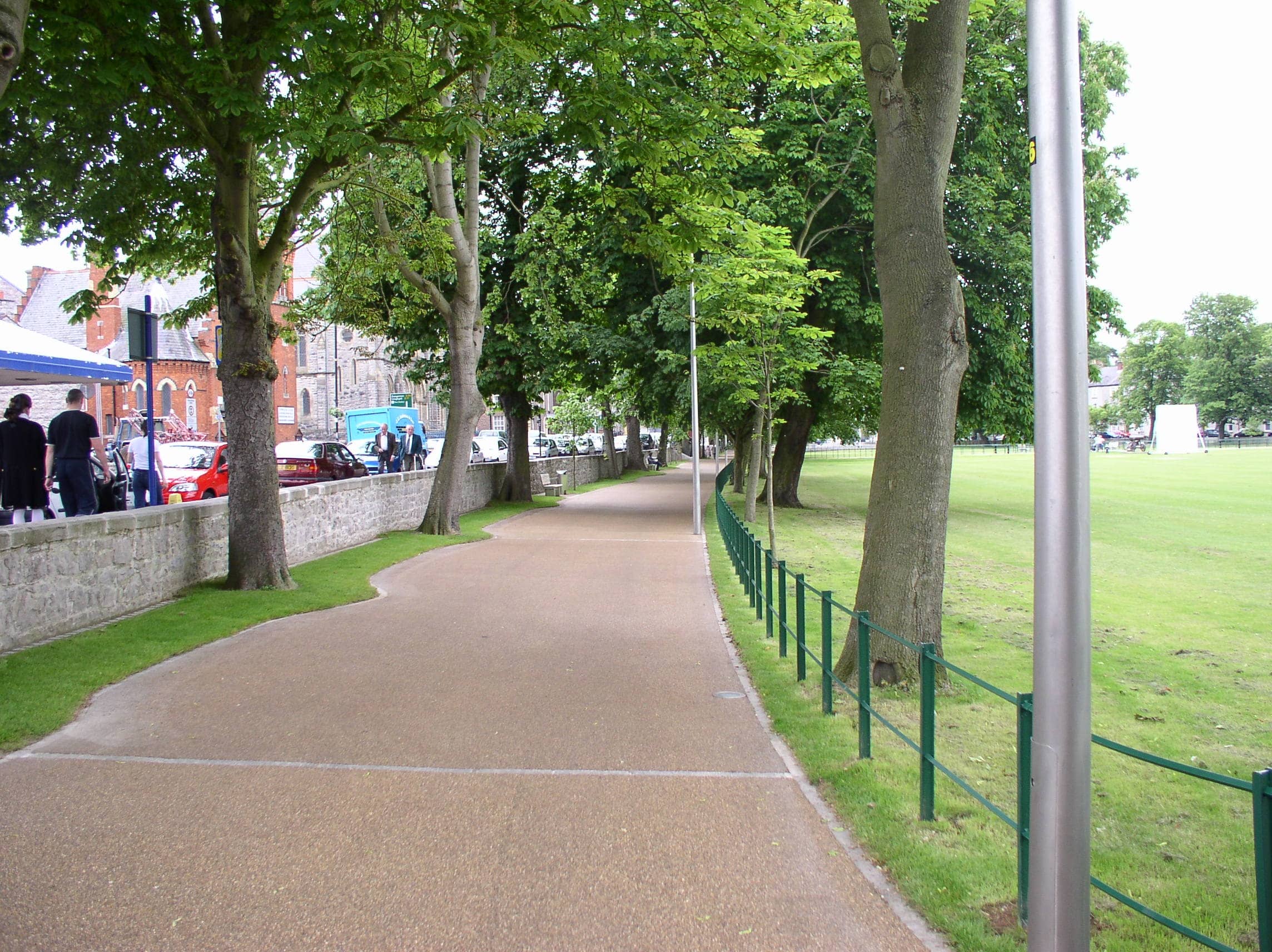 A decade after a major £1.3 million upgrade of the Mall in Armagh was completed and it has emerged it is in need of major repairs, Armagh I can reveal.

The perimeter wall is showing serious wear and tear, with cracks and deterioration, which could cost almost £40,000 to put right.

The Mall restoration scheme, which was funded by the Heritage  Lottery Fund and Armagh City and District Council, was completed in 2004.

However a major clean-up ahead of the Giro d’Italia cycle race earlier this year showed some serious defects which now must be put right.

When the issue came before a recent council committee meeting, UUP Councillor Sylvia McRoberts remarked that the condition of the wall was “quite bad” in places and asked if a rail would be put on the steps at the same time as repairs were being carried out.

The Deputy Director of Operational Services explained that railings were to be installed as part of the same contract as the Market Place Theatre railings.

SDLP Councillor Gerald Mallon said it was important that the condition of the Mall Wall was brought “up to spec”.

He said he was aware that repair works had been carried out approximately 10 years ago but acknowledged that further work was needed.

The Deputy Director explained that lime mortar joints did not last very long and said this was not helped by salt and grit being spread on the road during winter.

Kriterion Conservation Architects had been commissioned to carry out a condition survey of the perimeter wall in June and a report has been forwarded to Armagh City and District Council outlining the conservation repair works required.

An application has been made for landfill tax funding for the work and professional fees and it has now been agreed to obtain quotes for the repairs to the Mall wall and proceed with work subject to funding.