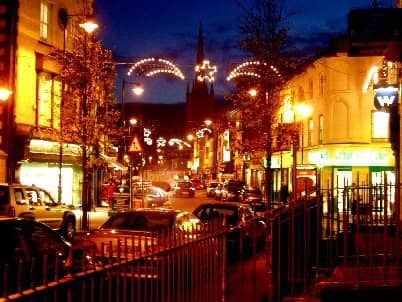 Plans to lay pipes on some of Newry’s busiest streets in the lead up to Christmas need to be reevaluated according to one local MLA
SDLP Assembly Member for Newry and Armagh Dominic Bradley MLA has called on Northern Ireland Water to rethink their plans .
Mr Bradley explained: “NI Water plan to carry out significant water works along Kildare Street/Hill Street and Marcus Street Newry during October and November and then to install new mains along Hill Street/Mill Street and St Colman’s Park during early January and into February 2014.
“These are vital periods for our local traders and many traders have expressed their concerns that the works will be happening during the busy Christmas and January sales period.
“I have been inundated with calls from local traders regarding the issue and have asked that the works are rescheduled for later in the New Year.
“For this reason, I have written to Regional Development Minister Danny Kennedy MLA this afternoon and have asked for him to personally intervene and have the scheduled works deferred for a short period of time.
“There is no doubt that the works are essential for the water infrastructure in Newry, however I believe the timing could be much more suitable. I hope that the Minister will be able to intervene to the satisfaction of all involved.”