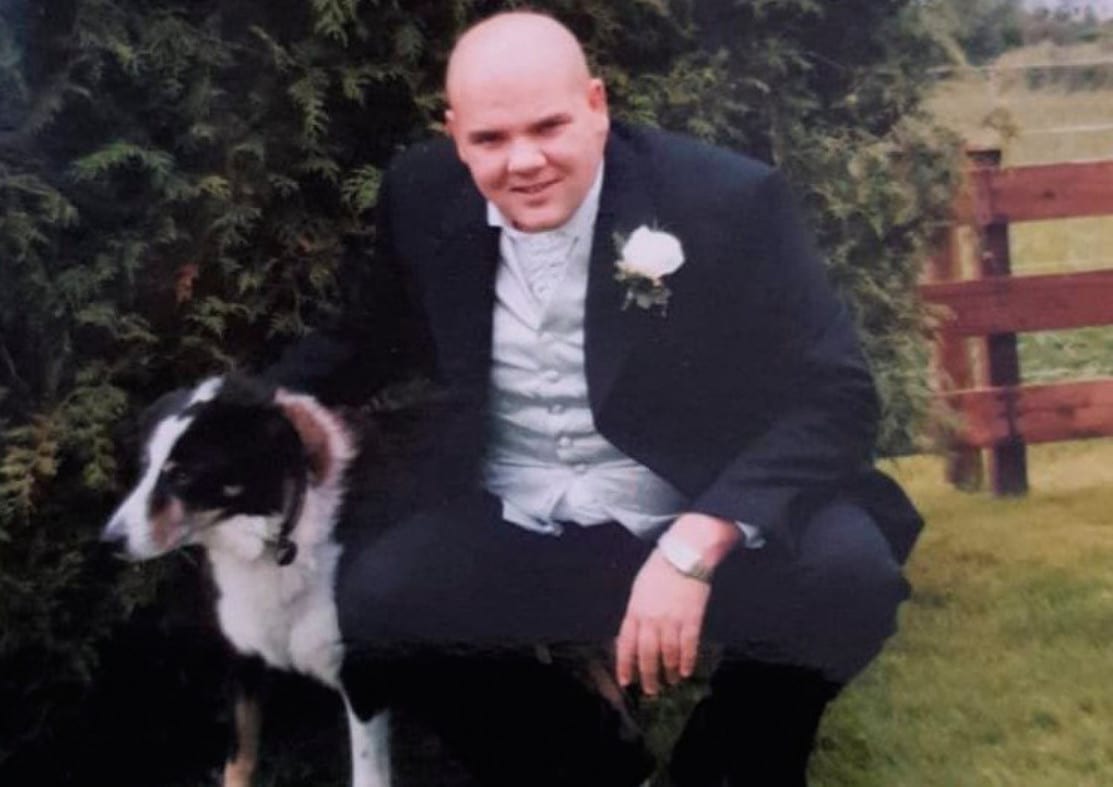 The wife of a young Co Armagh father who tragically passed away on Christmas Day has described him as “a good husband, son and a doting daddy”.

He passed away suddenly at Craigavon Area Hospital on Tuesday evening and is survived by his wife Debbie, daughters Sophie (5) and Anna (11 months), as well as his mother Noreen.

His wife Debbie led the tributes, describing Deane as “a good husband, son and a doting daddy”.

She added: “He had Glenavon and football on the brain.

“He followed Glenavon all around the country.”

Victoria Glenavon Supporters Club posted on Facebook: “The officers and members were deeply saddened to arrive at the Clubrooms at Mourneview Park for our away Boxing Day clash against Dungannon Swifts FC to learn of the passing of a fellow supporter, Deane Burrell.

“Deane was a familiar face at Mourneview and other Irish league grounds and was a popular member of the Glenavon FC support who never criticised the players or the manager but always gave his wholehearted support to the team on and off the field.

“Our thoughts go out to his wife Debbie and family and also to the immediate family circle at this difficult time.”

“It with great sadness that we have to record the death of Deane Burrell,” the club said.

“Deane was an ardent Glenavon supporter through good times and bad and everyone associated with the club was shocked and saddened to hear of his passing. Our thoughts and prayers go out to his wife, Debbie, and all the family circle at this time.”

DUP MLA said: “Deane’s very sad loss is devastating for his family and the local community.

“I was absolutely gutted to hear this news and my thoughts and prayers are with his wife Debbie and their girls.

“I had only been speaking to Debbie on Christmas Eve and she said how much the family were looking forward to having a really great Christmas.

“They were all really excited especially to be spending it with their newest baby girl.

“Deane was a huge Glenavon fan and his loss is being felt at the club.

“He was always a great help as well as a keen supporter so the Glenavon family are also really feeling his loss and will sorely miss him.

“My thoughts and prayers are with them and the entire family circle.”

His funeral will take place at noon tomorrow (Saturday) at Knocknamuckley Parish Church with committal in the adjoining graveyard.