'We are over the moon for him. We thought he had a good chance but we never thought he would come home with two golds' 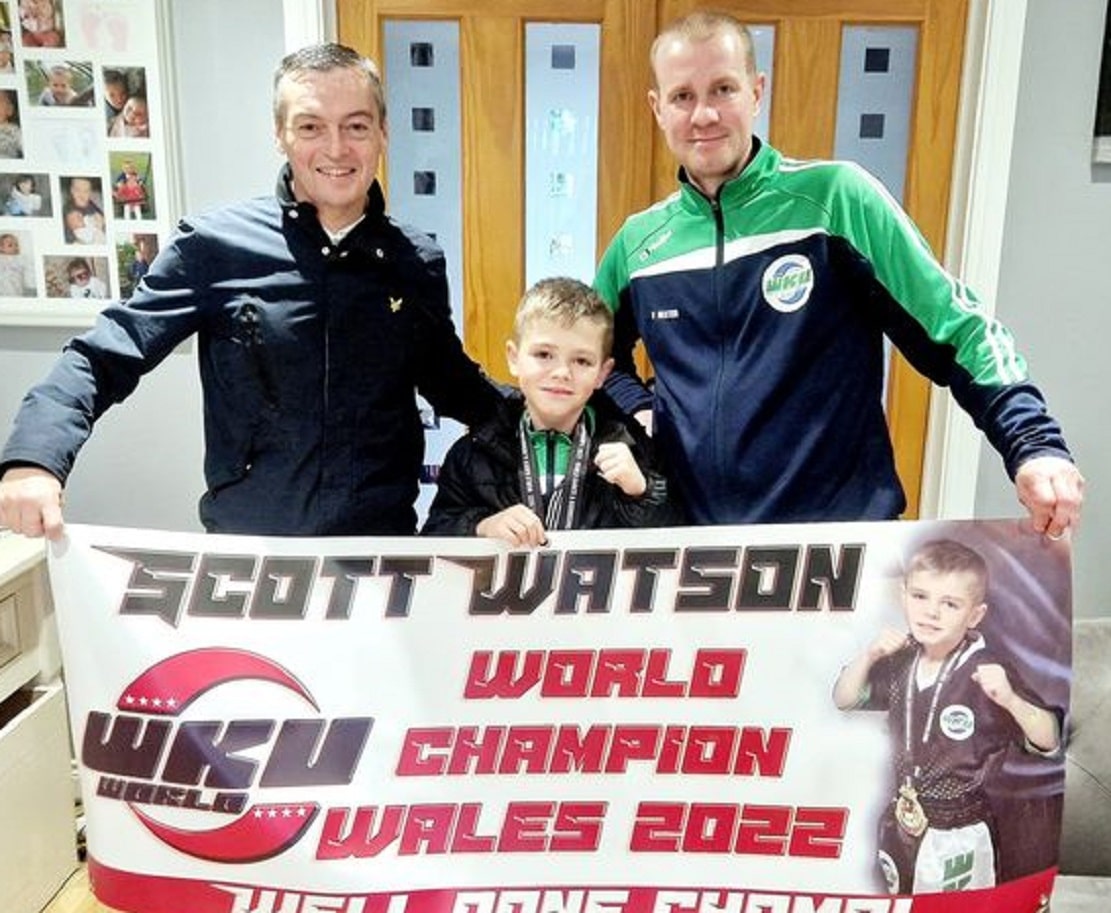 A young boy from Waringstown has won two world champion titles after taking part in kickboxing finals in Wales.

The nine-year-old was part of the Northern Ireland team, and the only child from the whole Mid-Ulster area, to compete in the tournament which attracted competitors from all over the world.

He came home with two gold medals having beaten a competitor from Wales to win the minus 25kg light contact category and Canada’s national champion to take the minus 25 kick light/low kick final.

Scott is a member of Fight Club NI in Lurgan where he is trained by junior coaches Garry Nelson and his dad Brian Watson.

Said Brian: “We are over the moon for him. We thought he had a good chance but we never thought he would come home with two golds.

“He really loved it. There was a really friendly atmosphere and the opening ceremony was held at Cardiff Castle.

“Hard work and determination paid off for him. He puts in the time and effort in the gym.”

Scott, who attends Waringstown PS, will now move up a weight category and in January will take part in another qualifier, the precursor for next year’s final in Canada.