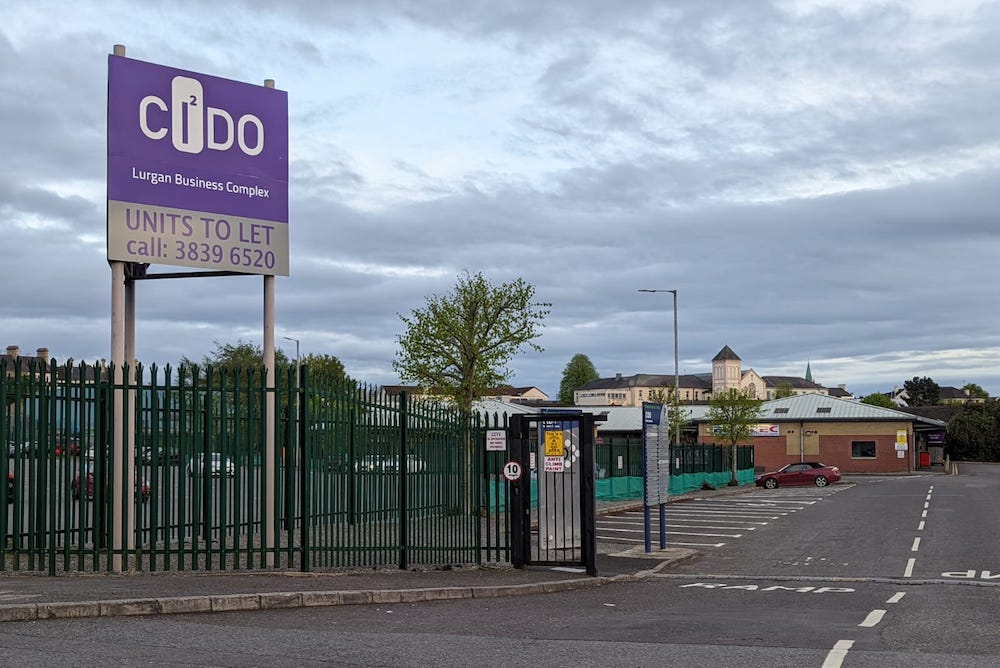 Three people – two nine-year-olds and a woman – were taken to hospital with “suspected carbon monoxide poisoning” following an incident at a Lurgan business park earlier today.

Emergency crews were tasked to the scene of a reported gas leak at CIDO Business Complex in Charles Street at around 4pm this afternoon.

William Johnston, Group Commander for the NI Fire and Rescue Service (NIFRS), told Armagh I that crews from Portadown and Lurgan – along with a hazmat officer – attended the scene at around 7.15pm to reports of a smell of gas.

A number of commercial units were checked  with a gas monitor before carbon monoxide was detected in one of the units.

Further checks were carried out on several other units before readings of zero – and the all-clear given – at around 8pm.

Mr Johnston said a crew will return to the business park first thing in the morning, with the property owner, to evaluate the site before business begins for the day.

A spokesman for the Northern Ireland Ambulance Service said that three people, one adult and two children, were taken to hospital with “suspected carbon monoxide poisoning”.

A number of other people were advised to present themselves at hospital to be checked out as a precautionary measure.

Armagh I spoke to two business owners within the complex, who confirmed that the PSNI, Ambulance service and Fire Brigade attended at incident which started at approximately 4pm.

One business owner said there was “a group of kids who said they felt faint and complained about smelling gas”.

“The fire brigade forced entry to a few of the premises. It wasn’t as dramatic at it might have seemed. The incident went on until about 8pm.”