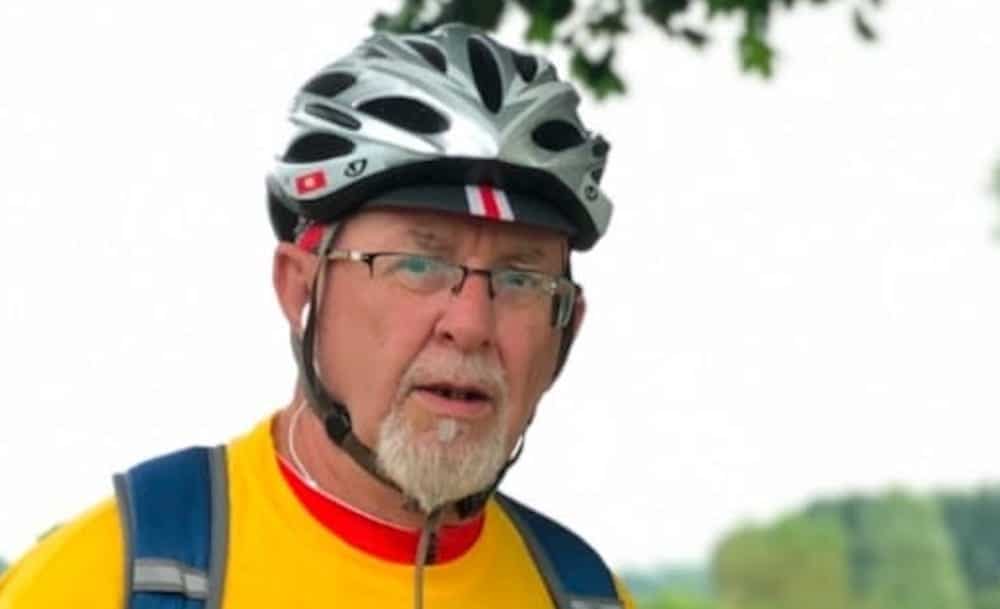 Tributes have been paid to a keen cyclist who passed away suddenly while out mountain biking over the weekend.

Roger ‘Raja’ Chambers, from Tullylish in Gilford, would have been a familiar face at Gosford as well as other local cycle tracks.

The 61-year-old had been cycling in Castlewellan Forest Park on Saturday with his grandson Noah, and a friend, when he collapsed and died from a suspected cardiac arrest.

“Raja Chambers passed away today (Saturday) when out on the trails in Castlewellan; was talking to him a week ago in Gosford when he was out with his family, he was one of a kind and will be sorely missed by a lot of people.”

One man described Raja as “a big lovable character”.

Another said: “A true gentleman and an ambassador for cycling in the local area. Wanted absolutely nothing only getting all ages and abilities on the bike. Massive loss for his family and wider cycling family.”

One woman commented: “He was a true legend, always making everyone smile and always the first to help. He will be missed by many.”

A funeral notice said Roger was the beloved and devoted husband of Libby, treasured father of Hayley, father in law of Shane and dearest RaRa of Noah and Savannah.

Dearest son of Gloria and the late Malcolm. Also a much loved brother of Ivan and Paul, brother in law of Jean and a precious uncle to Amy and Jenna.

House and funeral private due to current circumstances.