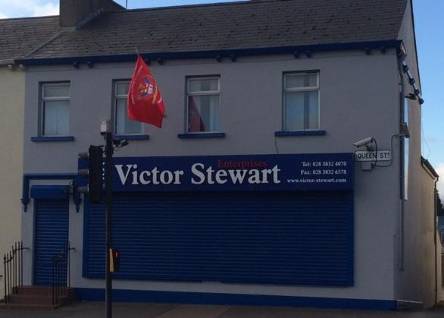 Tributes have been paid to Co Armagh businessman Victor Stewart, who died on Friday after a period of illness.

For more than three decades the leading Orangeman supplied regalia to the loyal orders and uniforms for band members, as well as other memorabilia associated with the Protestant faith and culture.

Mr Stewart, who was married to Susan, was a father-of-two, Vicki and Greig.

He himself had been a member of the Orange and Black in Lurgan, with Purple Star LOL No 63, of which he was a Past Master, and of Morning Star Royal Black Preceptory No 399. He was a founder of Craigavon Protestant Boys Flute Band.

Markethill District LOL No 10 offered its “deepest sympathy” to the family of Mr Stewart, who was in his 70s.

A spokesperson said: “Victor was a friend to Orangeism across the world, and his services have for decades been invaluable to many County Lodges, District Lodges, Private Lodges and individual brethren.

“When advertising for programmes and events was available Victor always contributed. Many an Orangeman got his first Sash in Queen Street Lurgan. Our thoughts are with the Stewart family circle.”

Portadown District LOL No 1 described him as a “true friend” and offered condolences to the family, while Portadown True Blues Flute Band expressed shock and “deep regret” at “the passing of a true gentleman”.

“For years he has supplied the band and helped us out with many things,” a band representatative said. “Our deepest condolences go out to the whole family circle at this time. Sleep tight Victor and may you Rest In Peace.”

Mr Stewart’s funeral will be to Queen Street Methodist Church in Lurgan, this Monday, May 22, at 2pm. Interment will follow in Lurgan Cemetery.