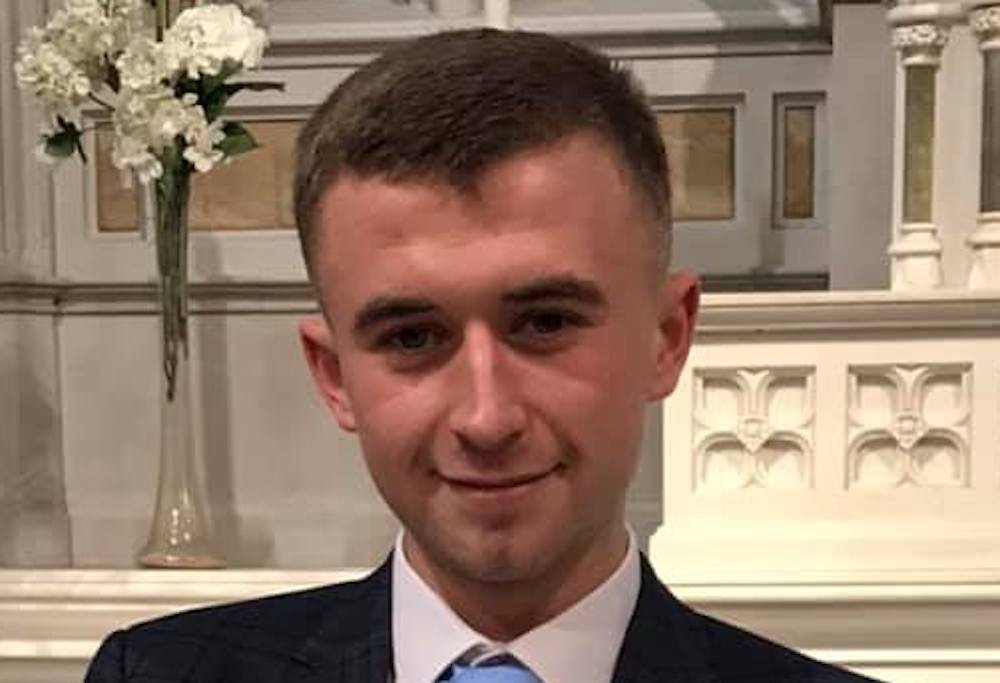 Tributes have been pouring in for a young Lurgan man who passed away suddenly over the weekend.

Jamie Hoye, who was just 23-years-old, died unexpectedly on Sunday; his passing sending shockwaves across a north Armagh community.

His death is today being mourned by so many who knew and loved him.

The former St Paul’s Junior High School student was a keen football player who also had a deep love for Glasgow Celtic.

Oxford Sunnyside FC, who led tributes to their former underage and senior player who made his name playing in the right-back position while at the club.

“We at Oxford Sunnyside have been shocked and deeply saddened at the sudden passing of our former player, Jamie Hoye,” the Club wrote on social media.

“Jamie played for both underage level and seniors during his time at the club, and was managed by his father Jason at underage. We pass our sincere condolences to his father Jason, his family, friends and all who knew him. R.I.P. Jamie.”

Glasgow Celtic Supporters Club Lurgan No.1 added: “The committee, staff and members of the Glasgow Celtic supporters club Lurgan No.1 would like to pass our our sincere condolences to the Seeley and Hoye families on the loss of their dear son Jamie. Please know you are in our thoughts and prayers.” ❤

St.Pauls GFC Lurgan commented: “The Committee and members of Naomh Pól CLG An Lorgain deeply regret the death of our former player Jamie beloved son of Jason and Anne-Marie, loving brother of Emer and loving uncle of Noah.

“We wish to offer our deepest sympathy to the entire family circle. Mary Queen of the Gael pray for him. Ar dheis lámh Dé go raibh a anam uasal.”

Friends and family members have been paying tribute online with one speaking of his smile, another of his “cheeky wee grin” – a “sound lad and always up for the craic”.

One person described Jamie as “such a lovely fella and what a legend, taken far too soon” – a sentiment echoed by so many others on social media.

“You are one of the funniest fellas I have ever met an it was a pleasure to be in your class for six years in a row,” wrote another.

He was also described as “nothing short of a legend”.

Funeral details have not yet been released. May he Rest in Peace.