Two men were arrested on Monday in relation to same incident 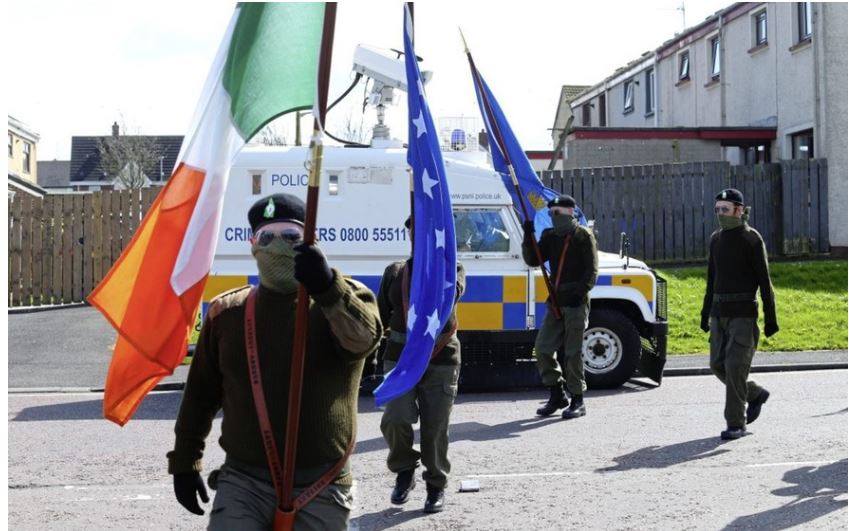 A third man has been arrested in connection with an illegal parade earlier this year.

The 27 year-old man was detained in the Craigavon area this afternoon (Tuesday) on suspicion of offences under the Public Processions Act and Section 13 of the Terrorism Act.

The move was part of an ongoing police investigation into an un-notified parade in the Lurgan area on April 15.

Two men, aged 46 and 23, who were arrested yesterday in relation to the investigation, have been released pending further enquiries.

The arrests are in connection with a parade in the Kilwilkie estate in the town.

The event to commemorate the Easter Rising had not secured the required permission from the Parades Commission.

PSNI Chief Inspector Bernard O’Connor said at the time: “Organisers of parades are required to give formal notification of their intentions.

“Warnings were given to participants and an evidence-gathering operation was in place.”