Man arrested after huge haul of drugs and £5,500 seized from parked car

The car was discovered near Oxford Island 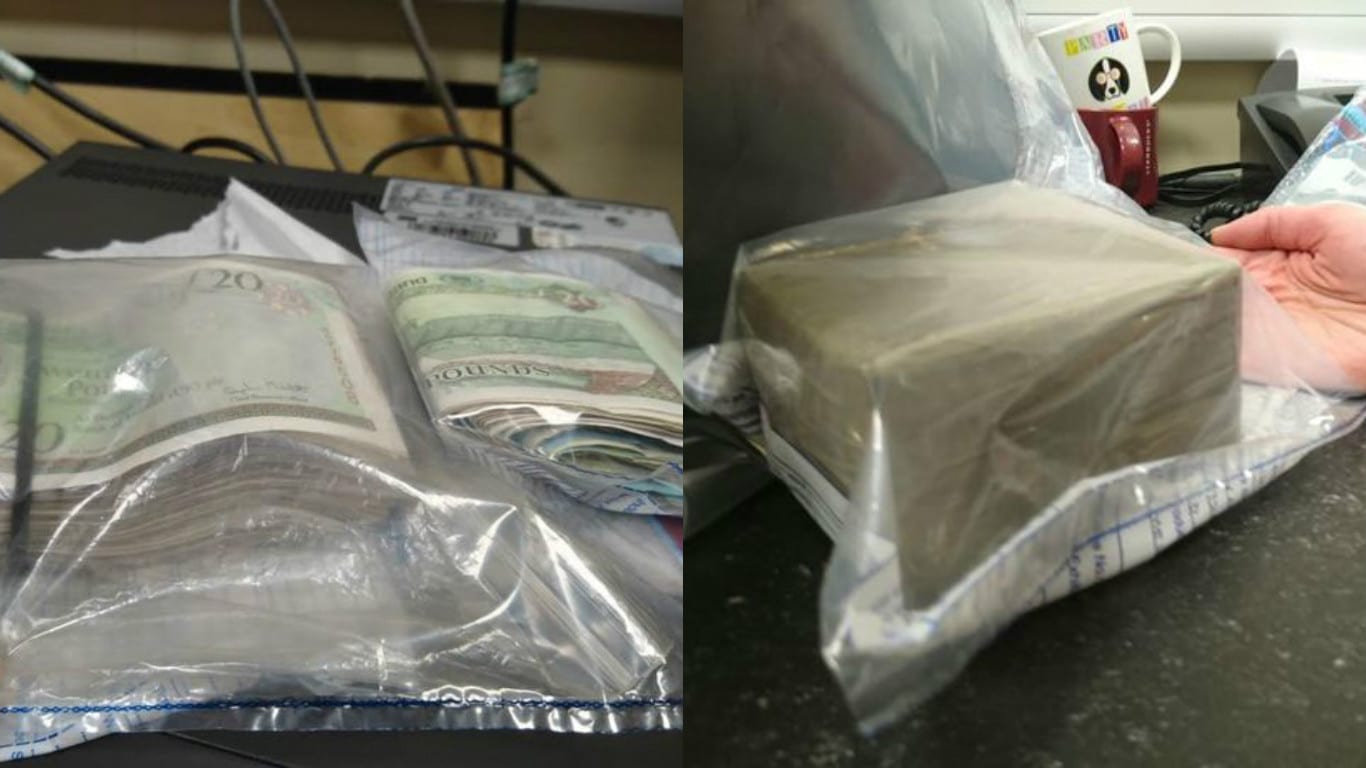 A man has been arrested after more than £5,500 and a large quantity of drugs were discovered in a parked car in county Armagh.

After questioning the man behind the wheel they searched the car finding the large quantity of cash and drugs.

A PSNI spokesman said: “What they found were a couple of bars of resin, worth around £1000, over £5,500 in cash, and this mysterious massive block.

“It’s not like the films where we cut it open and give it the taste test, so its exact ID is a question mark right now.

“Forensic testing will give us that answer. At the lower end, if it’s resin, it’s at least £5k worth. If it’s powder of some sort, that figure multiples a considerable number of times.”

The spokesman added: “Drug supply isn’t a victimless crime. Often, users fund their habit by shop lifting, frauds, and burglaries. The money they hand over goes up the chain too.

“It’s often linked, further up the line, to human trafficking and even terrorism. Drugs kill in more than one way.”

He has been released on bail pending further enquiries.