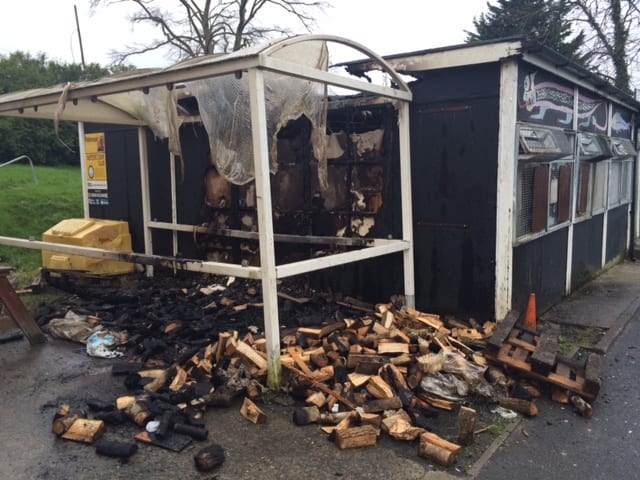 Two men have been charged following an arson attack on a county Armagh boxing club.

Phoenix Boxing Club in Lurgan was torched deliberately in the early hours of this morning.

The incident happened near St Peter’s GAA Club in the North Street area of the town.

Two men aged 21 and 22 have both been charged with arson and attempted burglary.

Both are due to appear at Craigavon Magistrates Court on Wednesday 23 March.

Shortly before 5.40am police received a report of a fire at the club.

Police and NIFRS attended and it was established that the fire had been started deliberately.

Damage was caused to the roof and wall of the property as a result of the fire. Chief Inspector Davy Beck is appealing for anyone who witnessed the incident or anyone with any information relating to the incident to contact Detectives in Lurgan Police Station on 101.

Deputy Mayor Catherine Seeley has hit out at those responsible.

“People are in absolute shock after hearing this news,” she said.

“It is a relief that no one was injured but it is a huge blow to those who volunteer their time, every evening of the week, to provide a facility for the community.

“It is also a blow for those young people training for competitions and for personal fitness in the club.”

Ms Seeley continued: “The club is due to have some improvement work started over the next number of weeks and I will now be contacting the funders to ensure that this project has not been jeopardised.”