'The British Heart Foundation is a charity that is so close to my heart. There are so many people touched by heart and circulatory problems and I wanted to do something to say thanks' 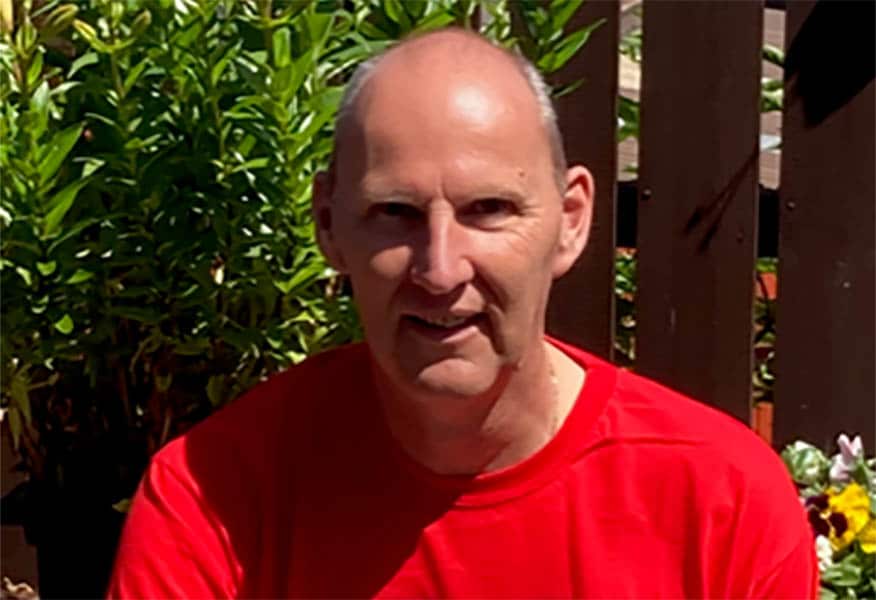 A Co Armagh man diagnosed with heart failure after suffering a heart attack has taken part in a walking challenge to raise money for the British Heart Foundation Northern Ireland’s 60th birthday.

Mark Nelson, from Lurgan, has been clocking up the miles and walking as far as he can every day to raise funds for the heart research charity.

The 54-year-old lives with heart failure, an often debilitating condition that means the heart isn’t pumping blood around the body as well as it should.

Despite this, for the past number of weeks Mark has been walking as far as he can to raise money to fund BHF NI’s life saving heart research.

Mark said he was diagnosed with heart failure after he suffered a heart attack in 2018.

“I had never experienced any symptoms or felt particularly unwell until that day in October 2018,” he explained.

“I was travelling to a football match in London the next day so I went upstairs to pack my bag. After finishing I went into the kitchen and suddenly felt really sick, I had awful nausea and pain from one shoulder to the other.

“I remember thinking I had indigestion but it just didn’t feel right. My dad drove me to A&E and it was there they told me I was having a heart attack. I remember asking the doctor “is it bad” and he said it would be if they didn’t get me to the Royal Hospital

Doctors in the Royal Hospital told Mark his main artery was 98 per cent blocked and he was fitted with a stent.

He returned to Craigavon Hospital to recover, and it was there doctors told him his heart attack had caused long term damage to his heart which led to heart failure.

“It was a shock at the time to be told that.  I played five a side football and regularly went out walking with my wife Sharon, I wasn’t super-fit, but we kept active.  It was difficult accepting I wouldn’t be able to do now what I did then, I did find it tough

“I took part in cardiac rehab which was brilliant and in February 2020 I had an ICD (Implantable cardioverter defibrillator) fitted which is a small device which can treat abnormal heart rhythms.  Although I get tired quite easily and can only work part time, I do feel good and try to stay as positive as I can.”

Mark said he chose to fundraise for BHF NI because of the charity’s research into heart disease including heart failure.

“The BHF is a charity that is so close to my heart. There are so many people touched by heart and circulatory problems and I wanted to do something to say thanks.

“I’m so delighted with all the people that have sponsored me already. People have been so generous, and I couldn’t do it without them.” Fearghal McKinney, Head of BHF NI, said: “It is wonderful to have Mark’s support, especially as we celebrate the BHF’s 60th birthday next month.

“In the 1960s when the BHF was founded, more than seven out of 10 heart attacks in the UK were fatal. Now thanks in part to research we have helped fund, at least seven out of 10 survive. People like Mark.

“But we’re not ready to stop yet. Our research in Northern Ireland and across the UK has helped save and change lives but there is still more to do and our goals for the next decades are even more ambitious.

“We are currently funding £1.8m at Queen’s University into research into a number of conditions including heart failure. But the Covid-19 pandemic has dealt a brutal blow to our work and so we really do need the public’s support more than ever.”

To donate to Mark’s fundraising effort visit justgiving.com/fundraising/marknelson67 or to take part in your own BHF NI Team 60 challenge visit bhf.org.uk/NI60