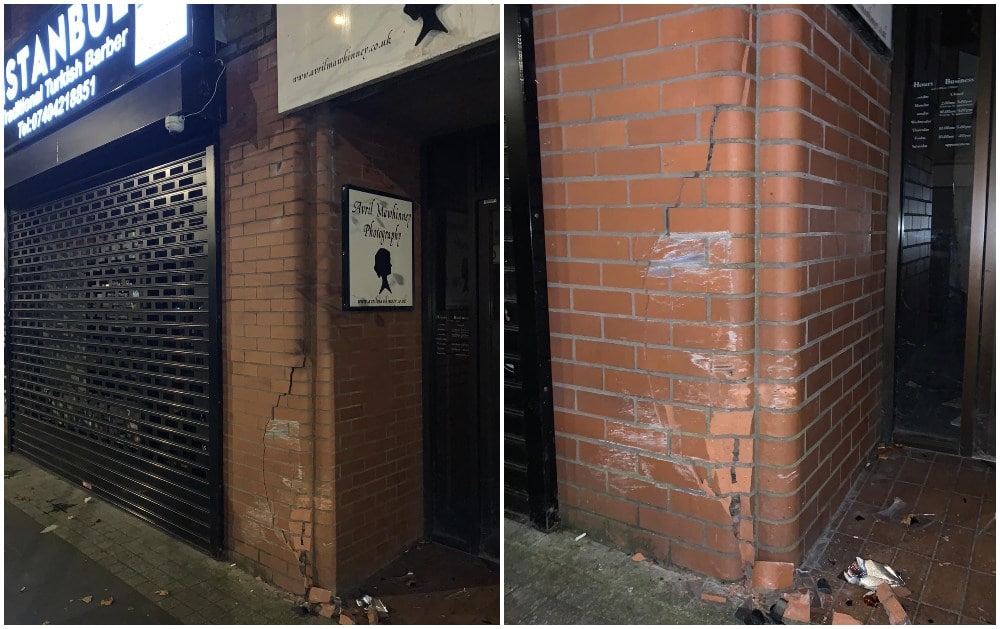 Two Lurgan businesses have had a lucky escape after a car crashed into a wall between them in the middle of the afternoon (Wednesday).

Police attended the scene on Market Street around 3pm, where it appeared a car was accidentally driven into a wall, narrowly missing a barber shop window.

Damage was caused to the wall which separates Istanbul Turkish Barber and Avril Mawhinney Photography.

Significant damage was caused to the brickwork, with debris from the impact left behind.

Police, who attended the scene, spoke to the driver of the vehicle.

A PSNI spokesperson said there were no serious injuries reported and did not confirm whether any arrests were made as a result.