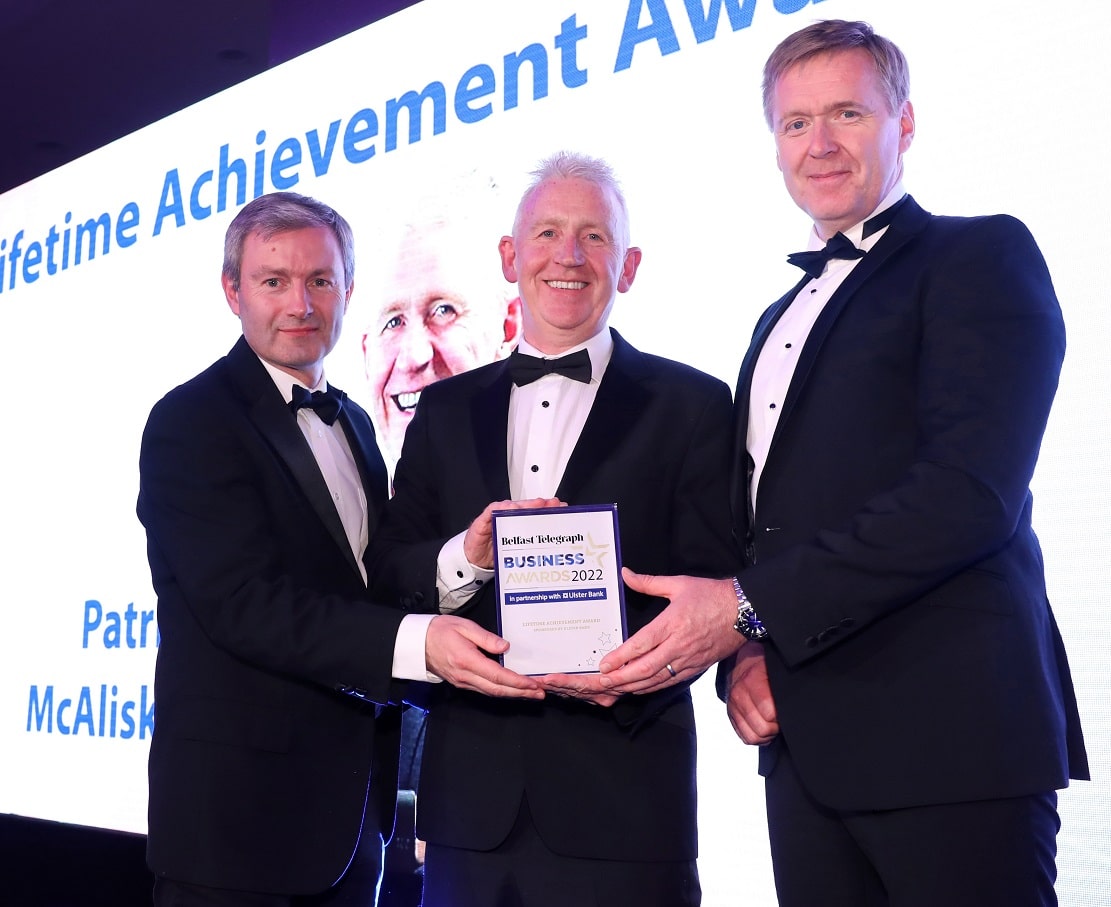 Patrick McAliskey, centre, with Eoin Brannigan, editor in chief of the Belfast Telegraph, and Mark Crimmins of Ulster Bank

The co-founder of Lurgan’s Spadetown Brewery has received a Lifetime Achievement Award for his  achievements in the business world.

Best known as the founder of IT firm Novosco, Patrick, who is from Lurgan and continues to live in the town, received the accolade at the Belfast Telegraph Business Awards on Thursday night at the Crowne Plaza Hotel in Belfast.

In a great night for the local area, Almac was also named Overall Company of the Year.

Patrick founded Novosco more than 20 years ago and grew it into one of Northern Ireland’s most successful IT companies.

Under his leadership, Novosco won a landmark £107 million contract with Cambridge University Hospitals Trust and was ranked amongst the best companies to work for in the UK.

At Novosco, Patrick also led a series of successful mergers and acquisitions and ultimately a multi-million-pound sale.

Today, he is chairman of fast-growing tech firm Outsource Group and a non-executive director of food-to-go company Around Noon.

He also part owns craft brewery Spadetown based in the Silverwood Industrial Area.

Firms and businesspeople across 16 categories were honoured at the black-tie ceremony attended by around 450 people.

Mark Crimmins, regional managing director at chief sponsor Ulster Bank NI, said: “Each and every one of the winners honoured this evening has shown immense levels of innovation and ambition and rightly deserves to be congratulated on their achievements, particularly in light of the current economic challenges and issues.

“And many congratulations to Patrick on his Lifetime Achievement Award which is very well deserved for an incredibly impressive business career to date.”