Historic Lurgan properties damaged in 1,000lb IRA bomb 30 years ago to be restored

Approval has been given for a mixed-use development involving offices and apartments at High Street, where historic windows, doors and chimneys were destroyed when a huge bomb - which left seven injured - was detonated in March 1992 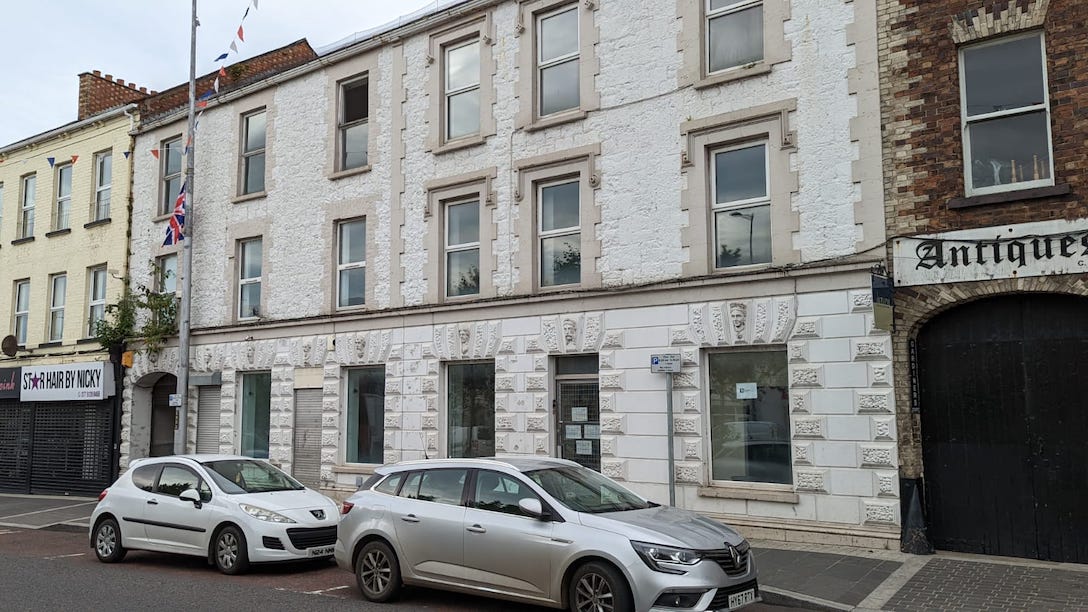 Plans for a major mixed use development at a number of historic Lurgan town centre properties – which were extensively damaged in a 1,000lb IRA van bomb blast 30 years ago – have been given the seal of approval.

Planning permission has been granted to the Norman Emerson Group Ltd for a significant investment in the landmark properties.

And the works will involve the retention and refurbishment of office accommodation, as well as the creation of nine new apartments.

Armagh I revealed the proposals for the development a year ago, in July 2021.

And Armagh City, Banbridge and Craigavon Borough Council has now agreed that the scheme is suitable for the site and is allowing works to proceed.

The original properties at 42 to 46 High Street date back to the early 1800s.

It is the latest in a long number of applications to focus on restoring and refurbishing and preserving for future generations Lurgan town centre buildings of special architectural merit.

The two ground floor office units at 44 and 46 High Street will be retained, with alterations and refurbishments to be carried out.

At the same time, a flat roofed extension to the rear of number 44 will be demolished.

Works will see the “alteration, conservation and change of use” of the ground floor rear returns, upper floors and former outbuildings.

These will emerge as nine new apartments.

The proposals include a “two storey lean-to extension” to the rear of number 44, as well as re-slating and alterations to the fenestration of numbers 42 to 46.

Associated landscaping and site works will also now be carried out.

The historic properties earmarked for this new future are known to some as the ‘Faces’ buildings.

And it is quite clear why, given exceptional features to be found to the rear. According to Craigavon Historical Society, 42-46 High Street were constructed in the early 19th Century, with squared  rubble stonework to the upper floors.

They were occupied by a Mr Ross, who also owned the linen factory to the rear.

What is interesting is that the properties boast eight Coade stone keys – named after Elenor Coade – with fascinating sculpted heads.

According to the Historical Society, those which can be identified include Queen Victoria, William Shakespeare and a lion!

And according to planning officials – in recommending approval – the work on this “three-storey, six-bay, mid-terrace property” will be a boost to the town centre.

Their official report reveals that chimneys – and likely original Bangor blue slates – were lost when a huge 1,000 lb bomb – packed into a Toyota Hiace van –  exploded 30 years ago, on March 2, 1992. Seven people were injured, among them two policemen who suffered broken legs when the bomb exploded as the area was being evacuated.

“The historic windows and doors were also destroyed at this time,” adds the planning report.

And it continues: “The current state of the buildings warrants extensive repair in an attempt in kickstart restoration work to this historic area of Lurgan.

“The buildings have been altered throughout their history. The historic alterations are of interest, however piecemeal development over a long period of time, particularly the extensive inappropriate alterations in the recent past, have resulted in the loss of much of the original detailing and plan form.” Planners note the intent to “rectify many of these inappropriate alterations whilst retaining and conserving the historic fabric and detailing that has survived”.

The developer – who has already received listed building consent – has been notified that his application has proved successful.