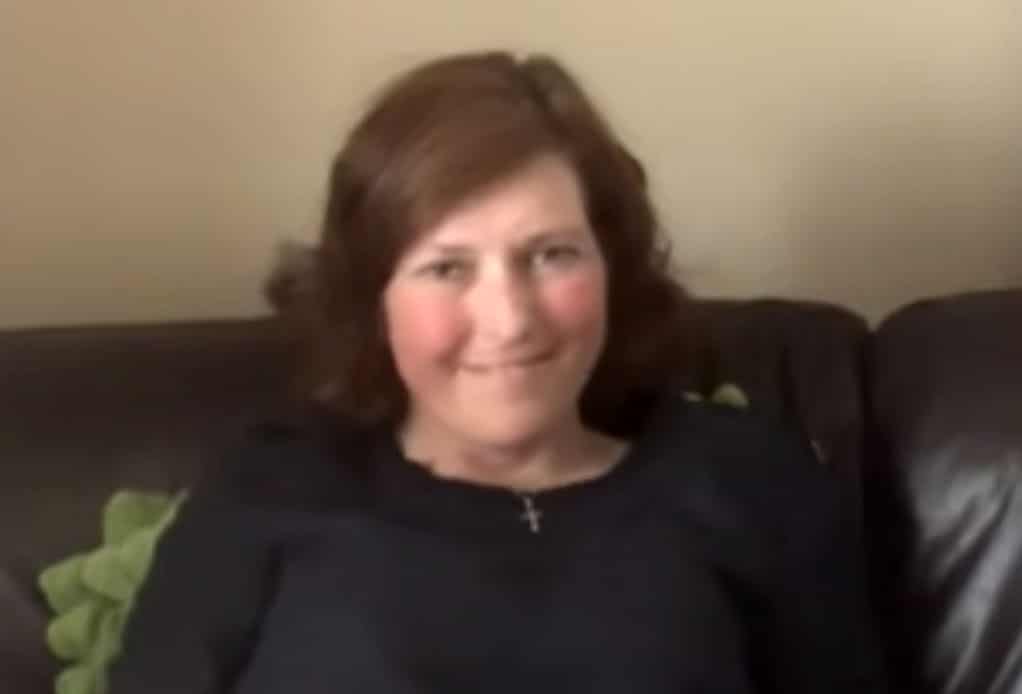 Tributes have been paid to a young Co Armagh woman who lost her brave battle against cancer this weekend – eight-and-a-half years after her loving husband succumbed to the same dreadful disease.

Judith Givan, from Derrytrasna, outside Lurgan, was a devoted Christian and an inspirational lady.

She had shared online details of how she and her late husband Cyril learned he had cancer and how she had coped following his sad passing.

And Judith – who also lost mum Meta to cancer – bravely went on to speak of how she learned late last year that she too had cancer and the battle which she herself had fought.

Sadly, however, that battle came to an end yesterday (Saturday).

The news was confirmed by Marc Taylor, on an online video by Hope2Families, when he said: “It really is with heavy hearts that we bring you the news that Judith Givan has fought a good fight, she has finished the course and hence forth there is laid up for her a crown.

“Thousands of you have been praying for her worldwide. This afternoon Judith lost her battle and she battled bravely with that awful disease cancer. She has gone to be with her Saviour who she really loved.”

Judith attended Seagoe Parish Church in Portadown and it too offered prayers to her family, including her teenage sons, Harry, 16, and 13-year-old Matthew.

The church, via social media, said Judith, a daughter of the late Maurice and Meta Turkington, passed away peacefully at home.

“Judith modelled to us all how to live the Christian life humbly yet to the full in good times and in difficult circumstances,” it continued.

“Judith lived and died trusting so clearly in God’s love for her in Christ, so whilst we grieve for her here on earth, we are comforted in the knowledge that she is now enjoying eternity in the place Christ has prepared for her.”

Judith’s positivity shone through and many found her optimism and outlook inspirational.

Just eight weeks ago, she spoke with the Hope2Families organisation of her own situation and how her personal Christian faith had sustained her, as she asked for people to pray for her and others in their fight against cancer.

She spoke of her “amazing” family, with three brothers, all of whom live within a mile of her, and the support they have given, as well as the support of her church and her own personal Saviour, whom she accepted as an eight-year-0ld girl when attending a fellowship meeting at the Ardmore Gospel Hall in Craigavon.

Judith told of how she met her husband Cyril, when they were both in their late teens.

She recalled: “I remember praying before we met that God would send me someone special and he literally bounced into my life and he had this huge smile on his face. He always seemed to have a smile on his face throughout life, a very easy going guy, a lovely, lovely guy. I just loved him completely.”

Judith and Cyril married a few years later and were blessed with two boys, Harry and Matthew, and, as she recalls: “The joy that they brought to the family home was just off the scale.”

However, the family would soon be devastated by some shocking news. Judith said they had been happily going about their lives, working and dealing with young children, and then suddenly Cyril started to lose weight. He became tired and “sort of withdrawn from family life” and she started to question if perhaps he was suffering from depression.

After undergoing various tests and bloods he was fast tracked by his GP and went to see a consultant at South Tyrone Hospital in Dungannon. More tests and ultrasounds followed and these showed “spots on his lungs”.

Eventually, Cyril’s GP in Aughnacloy summoned the couple and broke the news they were dreading to hear.

“Cyril was so calm, I think he was in shock,” said Judith. “He was sitting and nodding and saying ‘ahah, ahah’, and taking it in. I was crying and Matthew was watching me and I remember him coming over to my leg and looking quizzically at me and saying, ‘What’s wrong, why are you crying?’.He was only two or three at that stage, he was quite young.

“And then I remember the GP saying and it has spread. It was like a train hitting you. He said it’s in your liver, your lungs and your lymph nodes. Those few words seemed to go on a lifetime as he explained where all it was.”

After undergoing chemo Cyril began to experience pain again, the cancer had spread to his bones. Judith told how he had been in a wheelchair as the cancer had broken one of the vertebrae in his back by pressing against it.

But she said: “Cyril never grumbled once. He just got on with it.”

Judith recalled how Cyril’s condition deteriorated but she felt blessed that he passed away at home, in September 2012, with his family present.

“I remember I lay up on the bed beside him and I just whispered in his ear, he was fighting for every breath, and I remember whispering ‘If you see Jesus just go on Cyril. You’ve fought long and hard’. And I said that the Lord would look after me and the boys. And I do believe that still to today. It’s just emotional saying it.

“For most of this I had my eyes closed, just whispering away, talking to him…

“I remember having a sensation, that there was a presence in the corner of the room and I believe it was the Lord’s presence. That helped sustain me through the dark days of grief.”

Judith went on to relate how she lost her mother to bowel cancer and the realisation, after losing her mum and husband, that, “life’s short and I have to try and make the most of this life for me and the boys”.

However, worse was to come for the family as Judith would later learn that she too had developed cancer.

She found herself becoming more and more tired and she was unable to run as far as she could, running being something she had taken to after the passing of Cyril.

Judith contacted her GP and underwent a series of tests and had a camera test but they did not believe there was anything untoward.

However, driving her sons to school one morning, she got a phone call to go in and see the consultant.

“For me I’ve been there so many times,” said Judith. “I just knew, but I didn’t want to alert the boys. I remember saying ‘yes, no problem, that’s fine, that’s fine, see you then’, trying not to heighten the boys’ suspicions. I dropped them off to school and had to come home and get changed.

“I remember when I was leaving home I kissed Cyril’s photograph and said, ‘Come with me. I need you’. I remember walking into the hospital praying. I knew bad news was coming. I was praying for the doctors that were giving news to anybody, that they would do it sensitively but clearly.

“I went in and he said you have a problem with your gullet, it’s cancer. And I think I actually said to him ‘are you sure?’. And he said yes. And that has started me off on my cancer journey.

“I started treatment, I think it was October or November time. I finished the course there in February. Initially at Christmas time the chemo seemed to be working really well. The tumours had shrunk by half and they were delighted by that. You could see it in their appearance that it was working.

“I finished the chemo off in February and then I was given a break just to see how things were working.”

A scan, however, showed that the cancer had progressed quite a bit during that break.

Judith was told she would have the opportunity of starting further chemo but “the chances of it working is quite low”.

“I said I want to give it a go. I want to be here as long as I can for the boys. I want to see them get married…

“I just want to be here as long as I can with them.”

Judith asked for prayer and praised all at Seagoe Parish Church – and others all across the country and around the world – for their support and prayers.

“I want prayers for healing,” she said. “I’m not giving up.”

That was eight weeks ago, in the middle of May, but, sadly, Judith passed away on Saturday, leaving all who knew her and all who had been inspired by her absolutely devastated.

The family home and funeral will be strictly private. No flowers are requested but donations may be made by card via www.josephpootsfuneraldirectors.com or by cheque made payable to Seagoe Parish Church or Macmillan Cancer Support c/o Joseph Poots and Son, 42 Bridge Street, Portadown BT63 5AE.

Judith, who was predeceased by a baby brother, Maurice, is survived by her sons, Harry and Matthew, her brothers Robert, Neill, James and a wider family circle, to whom we extend our heartfelt condolences and assure them of our prayers at this saddest of times.