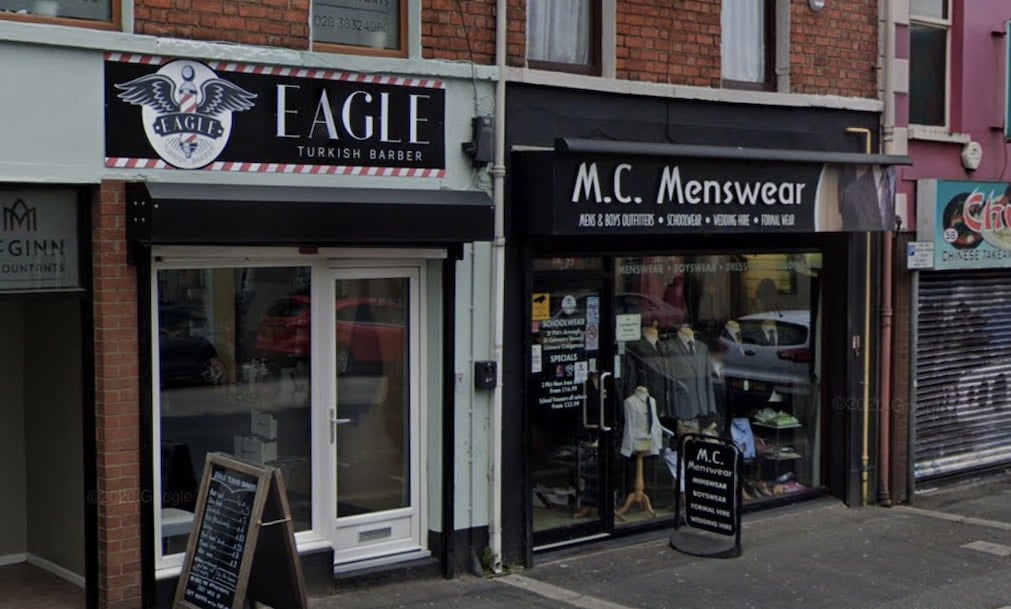 A former Lurgan clothing store, which closed in February after more than 30 years trading in the town, looks set to be converted into a new fast food outlet.

MC Menswear had been based at William Street in the town since the 1990s.

Specialising in suits and wedding and formal attire, the menswear shop had been a mainstay of the town for over three decades.

Read more: End of an era as Malachy closes menswear shop after 57 years as a tailor, man and boy

But in February it pulled down the shutters for the last time in what was a sad and emotional occasion.

Now, however, proposals for a change of use for the now vacant unit have been drawn up.

An application, in the name of Louise Tahir, has been lodged with Armagh City, Banbridge and Craigavon Borough Council for consideration.

She is hoping to be dished up approval for a new fast food outlet, bringing the prominent unit – not far from Lurgan PSNI Station – back into productive use.

The new eatery would boast kitchen and storage facilities with servery area and limited seating to the front of the counter for customers.

A handful of jobs will be created if the application is given the go-ahead.

The proposals will now be publicly advertised next week.