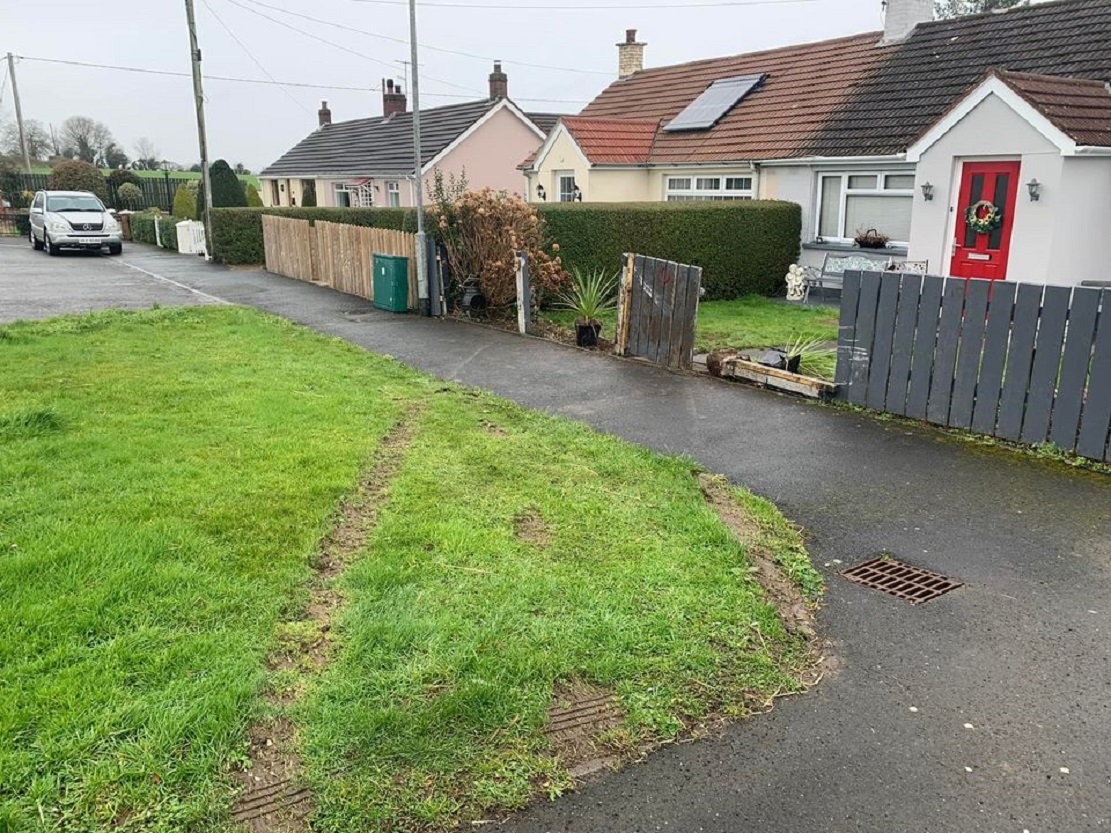 For the second time in as many weeks one particular road in Aghalee witnessed two alarming road traffic incidents.

The latter of the incidents involved a car careering into the front garden of a house at Cairnhall on the Brankinstown Road.

In a previous incident, a car having ended up in a hedge, prompting one local councillor into action.

“It’s only a matter of time before someone is seriously injured or worse,” said the Alliance’s Peter Lavery.

Councillor Lavery added: “Thankfully no one was seriously hurt in these incidents however it underlines the importance of additional road safety measures for the area.

“Previously DfI Roads declined to place a lower speed limit on the road and instead just put up two warning signs. I have went back to them urging change and for more substantive road safety measures.

“The residents of Cairnhall are continually plagued with road incidents due to the bad end in the road and if these incidents continue to happen it is only a matter of time before someone is seriously injured or worse.

“If you are driving in this area please be careful when approaching this bad bend, particularly at night.”