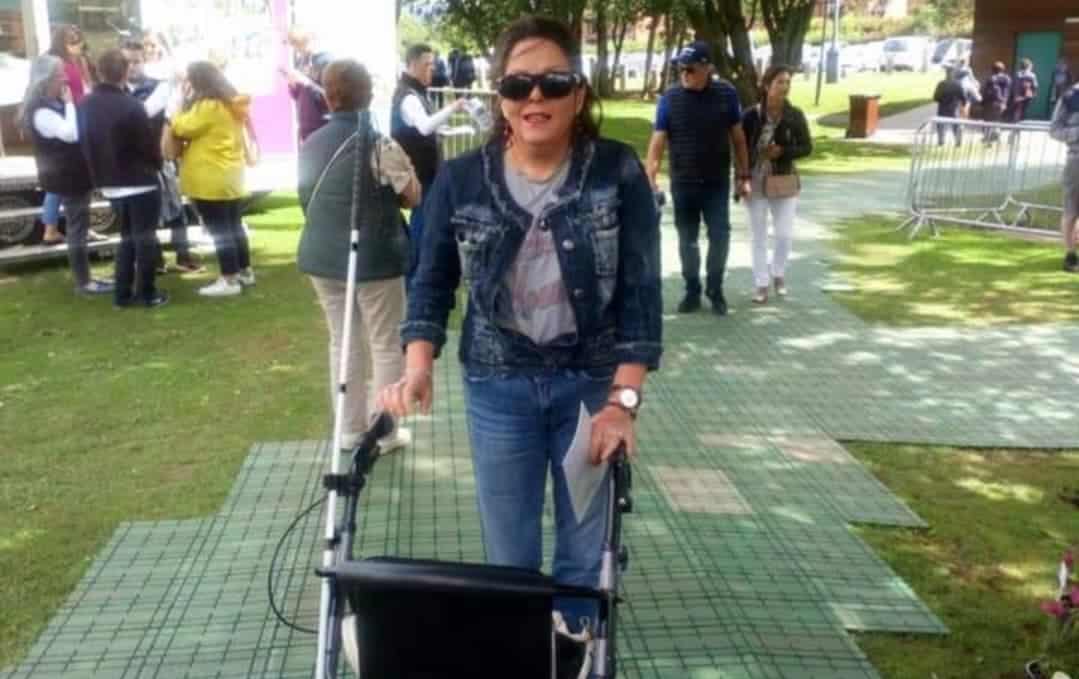 A visually-impaired Lurgan woman threatened to camp outside the Irish Passport Office in Dublin as her dream of a first foreign holiday almost turned into a nightmare this week.

Suzanne Kevitt had applied for her first ever passport back in June ahead of highly-anticipated trip to Tenerife four months later – this coming Monday (October 10).

She had been notified that her passport would be ready for August 12.

However, this date was revised to October 6 before she was informed it would be October 24, thus missing out on her holiday and losing the money she had put towards it.

Suzanne decided to make the trip down to Dublin in a bid to expedite the situation only to be told “it happens” when she mentioned to staff that she was about to miss out on her holiday.

“It caused so much stress, I could not believe the problems that I faced when trying to get my passport,” Suzanne told Armagh I.

“I sent in all my required forms and that’s when I got my first date but then they said what I supplied was not enough.

“We rang them and they said I needed to post in a signed (by the MLA) photo copy of my electoral ID card. It’s the only photo ID I have, as I don’t drive. That’s when they gave me the date October 6. Then they said that that was not sufficient so they wanted the actual ID card, so I posted that in. That’s when they have me the last date of October 24.

“Every time they asked for more forms we sent them only for the Passport Office to change the goal posts. I still have not got my ID card back yet.”

Suzanne said she was in the local Sinn Féin office on three occasions, almost in floods of tears where she was advised to go down to Dublin and meet them face to face.

Suzanne, who travelled down with her partner Chris on Thursday, said she was surprised to find the office relatively quiet, despite the impression they were extremely busy.

Said Suzanne: “There were two people on the desk and a handful of people collecting their passports.

“The man on the desk was quite gruff at the beginning. He said, ‘sure I lost a holiday worth £3,000 – it happens’. Then he told me the the people manning the phone advice line don’t know what they’re talking about, that their knowledge of forms that are accepted for the passport is above their pay grade.

“So my question is this, why have a telephone advice line – who will give you all the wrong information – if that information is above their pay grade, what’s the point?

“They kept saying there was nothing they could do, and even if there was, they could not print off the passport in that office.”

At this stage, Suzanne had had enough and told the staff she was not leaving the office until the problem was sorted.

“I let them know that ‘if I have to camp outside on your front door step overnight, I’ll do that too – I’ll stay as long as it takes’.”

Suzanne rang local news website Dublin Live who rang the Foreign Office for her but they said they could not comment.

However, it seemed to have helped the situation as, a short time later, Suzanne was called into an office and told that they had found all her documents and that they were printing off her passport…in that office.

By 4pm, Suzanne was now the happy – and relieved – recipient of a brand new passport.

“This is my very first foreign holiday and I’m sad to say that the Irish Passport Office turned what was meant to be a happy time, into an absolute nightmare.”

Suzanne has called for an Irish Passport Office in Northern Ireland.

“They don’t understand our forms of ID; we need an office that we can call into, where we can sit and talk to someone who is going to help us, not hinder us.

“Plus, when you think about it, it’s bad enough me doing seven hours on the road; we left at 6.30am and got home about 8.20pm. I pity any parents having to do that trip, or elderly or disabled person, who is worse off than me. Why can’t the people of Northern Ireland be afforded the dignity and respect by the government of the Republic and given a passport office in Belfast.”

Concluding, Suzanne was looking forward to her holiday, admitting she’ll need some pampering after her experience.

“I also want to offer my thoughts and prayers with the families and friends who have lost a loved one in the explosion in Donegal, such a sad time for the whole community.”