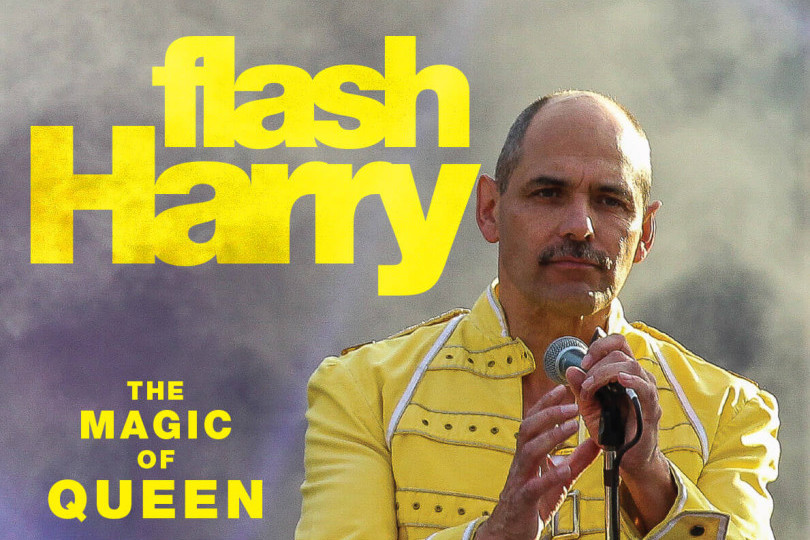 Queen tribute act Flash Harry has been forced to cancel shows after the sudden illness of lead singer Harry Hamilton.

The Lurgan man – who has been impersonating legendary frontman Freddie Mercury for over two decades – took unwell on Sunday.

The band has now confirmed that Mr Hamilton had suffered a heart attack.

The musician has also previously been involved in politics locally, firstly standing for Ulster Unionist Party in Upper Bann, polling over 10,000 votes, before later leaving to join Alliance.

He has toured with Flash Harry, performing the hits of Queen, for many years and is a frequent visitor to Armagh, with his now annual shows at the Market Place Theatre.

He was also due to play at Newry’s Canal Court on Saturday night.

Recently, he had performed at the Omniplex at the Boulevard in Banbridge and in the Odyssey ahead of screenings of the Oscar-winning Queen biopic Bohemian Rhapsody.

The band confirmed the news on social media saying: “Due to the sudden, serious illness of our front man Harry Hamilton, we have had to cancel the Flash Harry Shows on Friday 8th and Saturday 9th March.

“Harry suffered a heart attack on Sunday, but is recovering well.

“We would like to apologise for any inconvenience caused, and hope to reschedule these events in the coming months.

“We would also like to thank you for your understanding and continued support at this difficult time.”