Searches were carried out in five areas - including Lurgan and Crossmaglen - and a cannabis 'grow' factory, watches and weaponry - including machetes, ammunition and imitation firearm - were uncovered 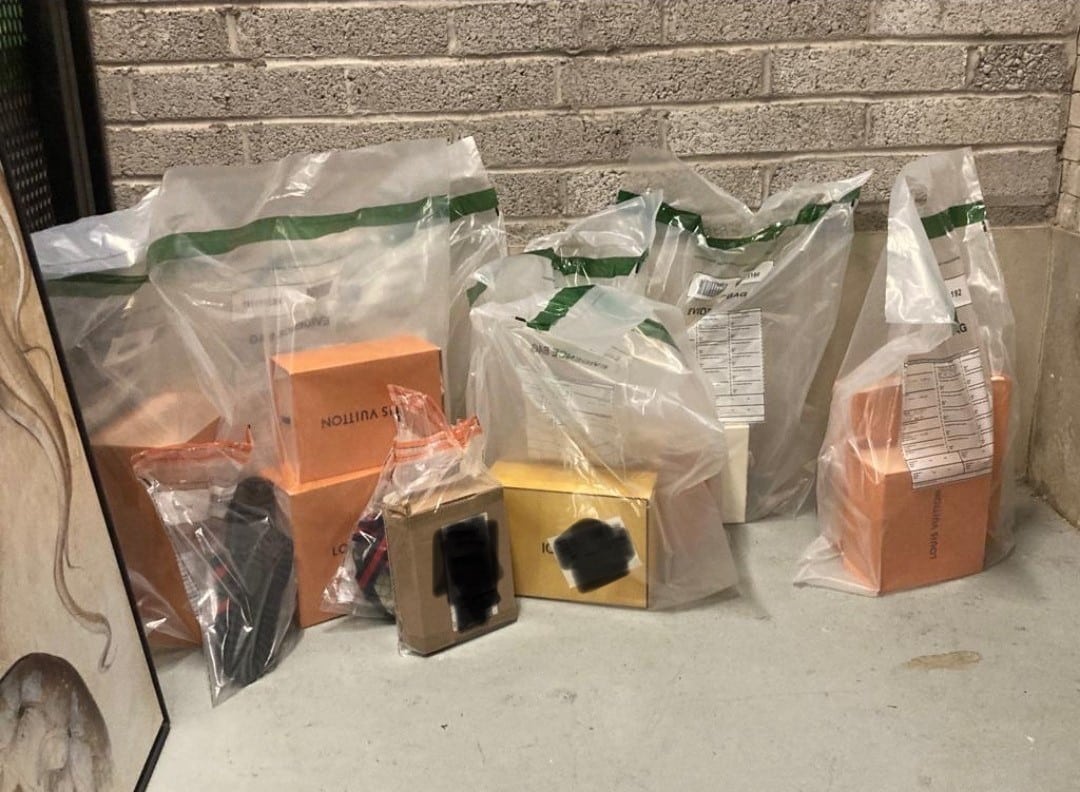 Cash along with high value artwork, designer goods and precious stones have been seized during a series of searches at locations across Northern Ireland including Lurgan and Crossmaglen.

Detectives from the PSNI’s Organised Crime Branch – assisted by Neighbourhood Policing Team and Tactical Support Group officers – made the seizures during a total of 10 planned searches.

These centred on locations in Crossmaglen, Lurgan, Larne, Glenarm and Carnlough as part of an ongoing proactive policing operation targeting organised crime gangs involved in the supply of drugs. Detective Inspector Conor Sweeney said: “Along with approximately £40,000 and 25,000 euro and high value items, these searches – which were conducted on Wednesday, October 12 and Thursday, October 13 – also resulted in the seizure of watches, weaponry including machetes, over 100 rounds of illegally held ammunition, an imitation firearm and suspected cannabis.

“A cannabis ‘grow house’ was also discovered at one of the locations. “We remain committed to locating and seizing illegal drugs to take such dangerous substances off the streets.

“However, the organised crime gangs involved in such activity should be left in no doubt – we will also identify the money and assets they have made through their invidious trade, and we will take these assets off them.

“We will continue to work with local communities and together we will keep fighting those who prey on the most vulnerable in these communities. “We rely on the community to help us and will act on any information you can provide us, so I would ask anyone with information about any criminality to contact police on 101 or anonymously through the Crimestoppers charity on 0800 555 111, which gives people the power to speak up and stop crime.”