Buckfast ‘Easter Eggs’ destroyed after complaints from monks who make it 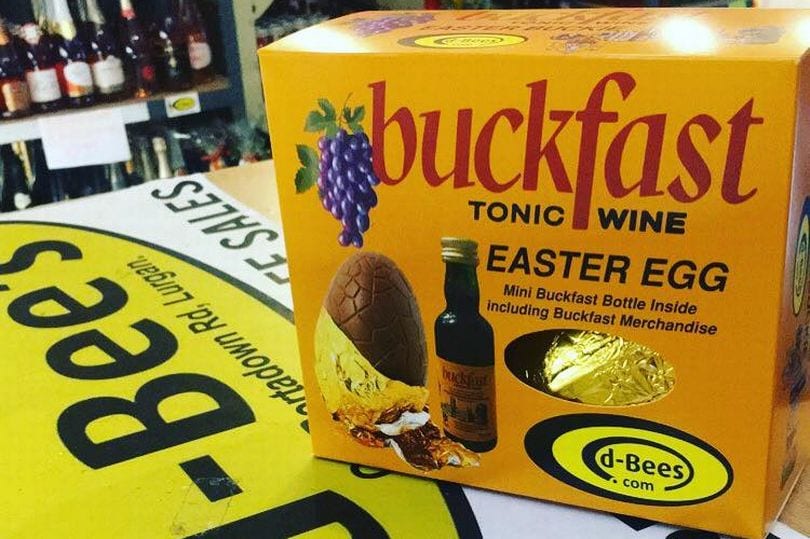 Buckfast-themed Easter Eggs on sale in Lurgan have been destroyed after complaints from the monks that make the tonic wine.

Trading Standards were called after county Armagh off-licence D-Bees highlighted their promotion on social media, according to a report in the Daily Record.

J Chandler & Co – who bottle and distribute the wine made by Benedictine monks – took action after it emerged the store was selling the £9.99 eggs.

Owner Derek Brennan said he had received orders worth £2,000 from people around the world, just 24 hours after advertising them.

Mr Brennan told the paper: “It’s David versus Goliath. All eggs and boxes have been destroyed and everyone got a refund online. I never got to post any orders as we were still only packaging them up but we’ve probably lost £5,000.

“We sell Buckfast hampers that Trading Standards say are legal. Our only mistake was printing the logo.”

J Chandler & Co sales manager Stewart Wilson said: “We have the option to take legal action for damages. It was an unofficial Buckfast product.

“As well as being a breach of our trademark, the egg comes with a 5cl miniature of alcohol so we had concerns over public health. A chocolate egg is the wrong place for alcohol.”