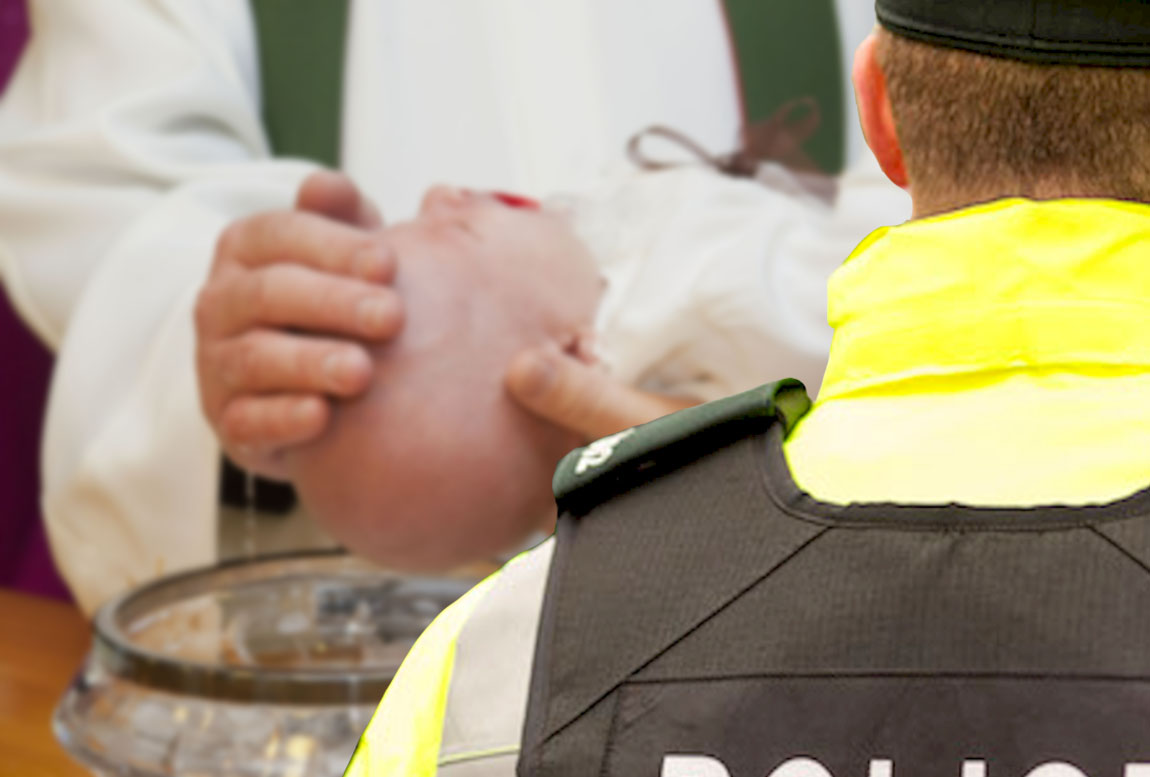 A Lurgan man who tried to headbutt two police officers after attending a christening has been given a conditional discharge.

Court heard the 20-year-old was agitated after claiming he was assaulted by someone at the family event.

Paul McBride, 20, of Ennis Green, pleaded guilty to two counts of assault on police and disorderly behaviour at Craigavon Magistrates’ Court on Wednesday.

Court heard that on March 11, at around 8.45pm, police on patrol of North Street, Lurgan, spotted the defendant kicking a bus shelter.

Officers approached McBride to ask him to calm down but he refused.

The defendant reacted aggressively, shouting, swearing and making threats to the police.

It was noted by officers that McBride had blood on his mouth and appeared to have a split lip.

The defendant then attempted to headbutt one of the officers before he was arrested and taken to Lurgan Custody Suite.

McBride attempted to headbutt another officer as he was taken into the police station.

When interviewed, the defendant made no admission claiming he could not remember as he was highly intoxicated.

Defence counsel stated: “This was a very regrettable and easily avoidable offence. Mr McBride was highly intoxicated and had no memory.

“He had been at a child’s christening and had drunk most of the day. He had gotten in an argument with a fellow attendee who he alleges assaulted him.”

He said: “That is the reason for his agitated state, he reacted appallingly and is filled with remorse.

“He regrets all comments which he made to the police officers.”

Court heard the defendant suffered from anxiety and depression, which led to him misusing alcohol.

Defence counsel stated: “Mr McBride lives with his girlfriend and they are expecting their first child in October.

“He has a limited record for this type of offence, with only one previous disorderly, but he has been largely out of trouble for a year.”

Deputy District Judge John Rea stated: “Mr McBride, this was an offence of public disorder, but I am told you have turned things around.

“I am going to deal with this by way of a financial penalty and something hanging over your head.”

The defendant was handed a conditional discharge for two years and ordered to pay a fine of £275, along with the offender’s levy of £15, within 16 weeks.