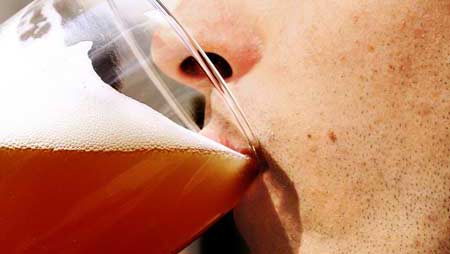 ‘Modest changes’ to opening hours at Easter and the chance to apply for a late licence for certain premises, up to 12 times a year, are to be introduced as part of a major overhaul of the laws relating to the sale of alcohol here.

Social Development Minister Nelson McCausland announced today (Monday) that he intends to change the law following a public consultation exercise, conducted by the DSD, in 2012.

The Department consulted on a wide range of proposed changes to the law regulating the sale and supply of alcohol in Northern Ireland.

The consultation attracted over 2,500 responses from a wide range of stakeholders, including the drinks industry, health bodies and the general public.

Having carefully considered the views of those who responded to the consultation, and looked at evidence on the impact of changes elsewhere, the Minister says he has now decided which proposals he will implement.

Following Executive agreement to the changes, Minister McCausland said: “Alcohol is not an ordinary commodity and it is clear that excessive alcohol consumption has a negative impact on people’s health, their relationships and on society generally.

“The sale and supply of alcohol has to be regulated in a way that recognises its potential negative impacts and I believe that liquor licensing plays a key role in setting the environment in which alcohol is consumed.

“While I am keen to ensure that licensing laws assist in supporting the hospitality industry and tourism, it must be in a way that does not add to the difficulties we already have with alcohol as a society.

“The challenge is finding the right balance. Many of those who responded to the public consultation argued that the law in Northern Ireland should be brought into line with the law in England and Wales, where there are fewer restrictions on the sale of alcohol.

“Given the experience in England and Wales, since their law was relaxed in 2005, I do not believe it is sensible to go down that road.

“I am prepared, however, to support a small increase in opening times for bars by allowing them to apply for permission to sell alcohol until 2am on up to 12 occasions per year.”

The changes being brought forward by the Minister include:

Full details of the proposed changes are on the DSD website