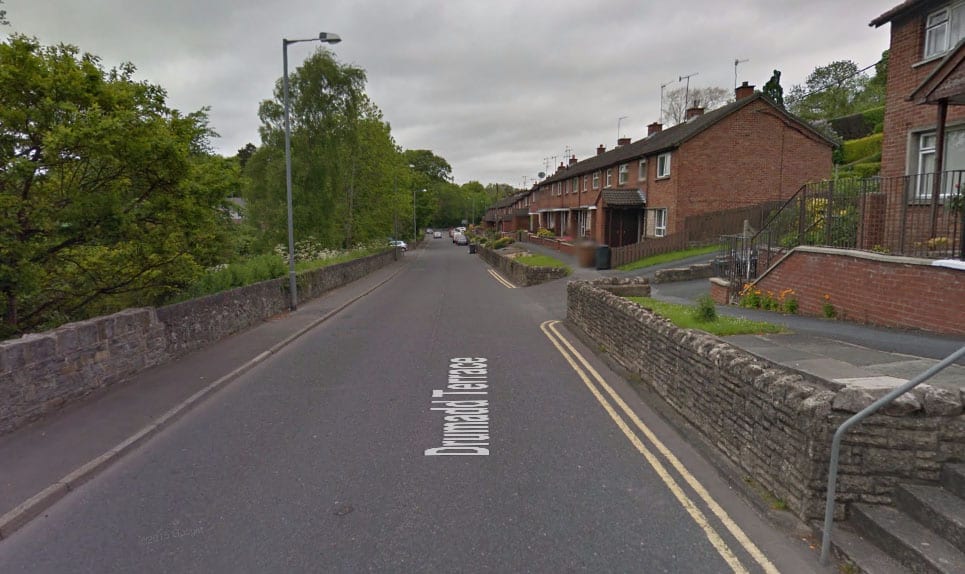 An online petition has been started in a bid to force Roads Minister Danny Kennedy into providing traffic calming measures at Drumadd in Armagh.

The petition, at www.change.org, has been up and running now for a week and was started by Armagh man Wayne Baird.

He hopes to gather enough signatures to have TransportNI and the Minister look at the matter seriously.

There have been a number of accidents over the years, while Mr Baird himself has also been knocked down as a child crossing at Drumadd Terrace.

With the play park added in more recent years, he feels it is all the more important that something be done before someone is killed or seriously injured. “Drumadd Terrace has a high volume of traffic driving well over the 30mph speed limit on that road,” says Wayne.

“For children to access the park they have to cross the busy road by walking out from behind parked cars. Three speed ramps along the road would be enough to calm the traffic and three staggered railings – one fitted at the park entrance and one at the end of the footpath on either side of the garage area.

“Over the years a number of children have been knocked down along this stretch of road including myself when I was eight years old.

“Thankfully none were seriously injured but unless improvements are made the next incident to happen could have a much different ending.”