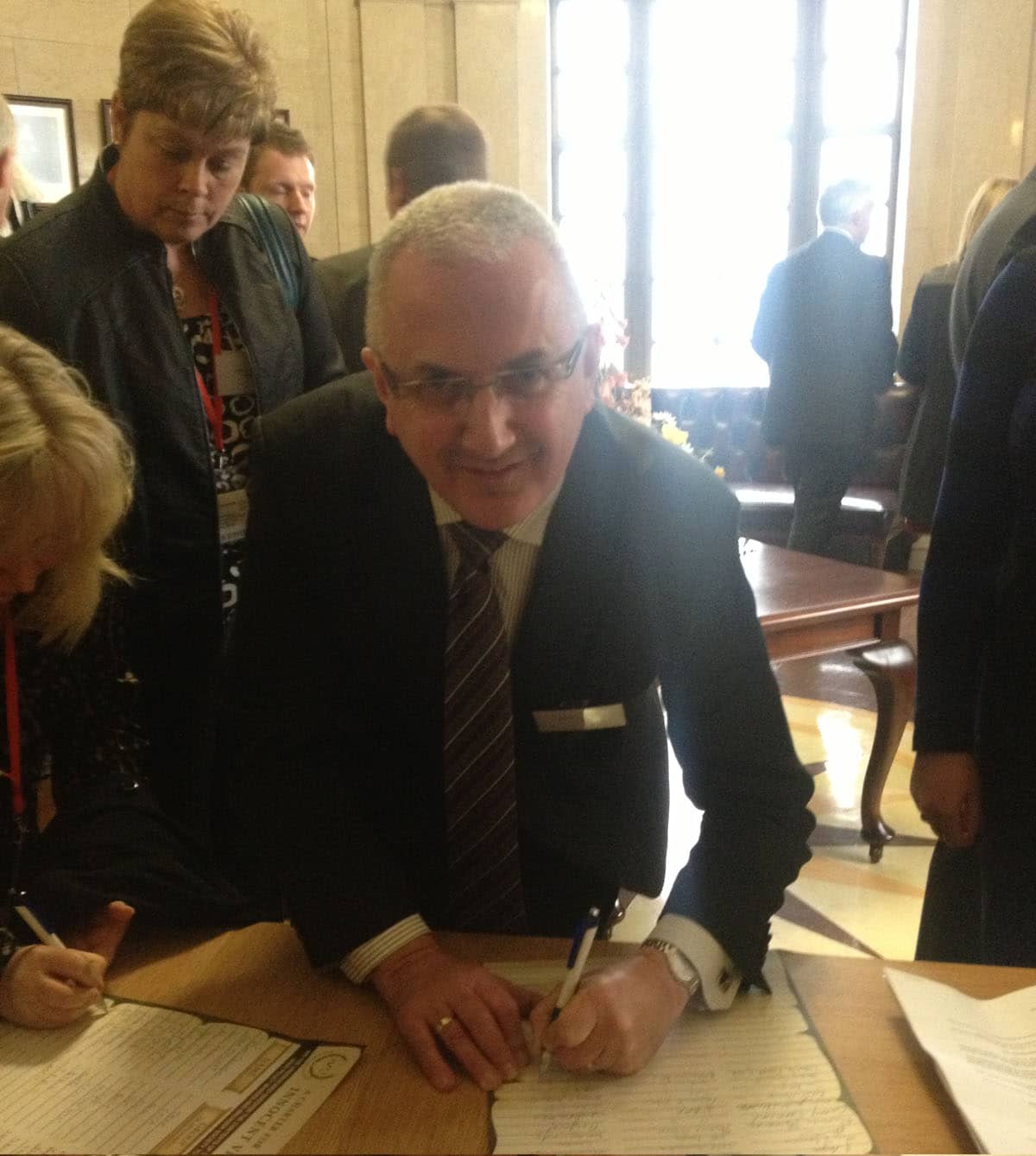 Speaking after the launch, Mr Kennedy said: “I was delighted to sponsor the launch of the Innocent Victims United (IVU) Charter in Parliament Buildings today. IVU represents a significant number of innocent victims.’

“Their Charter for Innocent Victims provides a framework which IVU wish to see both the Assembly and society work to, to ensure that innocent victims needs are met and a better society built in Northern Ireland.’

“Most significantly perhaps is the opposition from Innocent Victims United to the building of a ‘Peace’ Centre at the former Maze Prison site.  The Ulster Unionist Party supports the view that this site is the worst possible location to build such a centre.’

“It is also clear that we urgently need to see the development of a definition for an innocent victim/survivor of terrorism.  The current definition is not acceptable with innocent victims and only serves to add to their trauma as they are placed on a par with terrorists.’

“I would like to thank my Party leader, Mike Nesbitt MLA, along with my Party colleagues, Jim Nicholson MEP, Tom Elliott MLA & Sandra Overend MLA for their attendance and support at the launch today.’