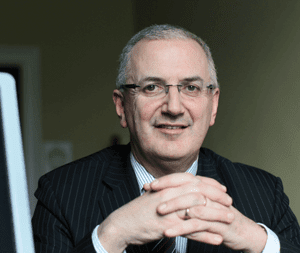 The village of Bessbrook came to a standstill today (Thursday) for the funeral service of 68-year-old Oswald Bradley, who tragically died on Monday night after trying to swim across Bessbrook Pond to remove two Irish tricolour flags.

And Newry and Armagh Ulster Unionist Assemblyman and fellow Bessbrook resident, Danny Kennedy, who has been helping the Bradley family and acting as their spokesperson through this traumatic time, has praised all those, from both sides of the community, who have shown their support.

The two flags had been erected on trees on an island on Bessbrook Pond.

Local Newry and Mourne Sinn Fein Mayor Daire Hughes had called for their removal, saying their placement was dishonouring the flag and was being used to intimidate.

Mr Kennedy had welcomed Mayor Hughes’ comments and he too said they were being used to fuel tensions in the area.

Mr Bradley, who had been a member of the victims’ group FAIR, had been attempting to cross the pond on Monday evening. He was taken to nearby Daisy Hill Hospital in Newry but sadly attempts to resuscitate the father-of-two failed.

Today, Danny Kennedy attended the private family service and funeral of Oswald Bradley, which made its way to Bessbrook Presbyterian Church Burial Ground.

Speaking afterwards, Mr Kennedy paid tribute, saying: “Oswald was well-known and well-liked by everyone locally, and as we try to come to terms with his passing and the circumstances leading up to it, the people of the village will always hold fond memories of him.

“It was heartening to see people from all parts of the community uniting to pay their respects to Oswald and his family. Throughout the darkest days of the Troubles, Bessbrook maintained good community relations, and this was evident today as people from across the political and religious divide gathered to mourn the loss of a well-loved figure in such awful circumstances.

“My thoughts and prayers are with Oswald’s family as they, along with the entire village, try to come to terms with this tragic loss.”

Mr Bradley was predeceased by his wife, Violet, and is survived by daughters, Diane and Andrea, grandchildren Rebecca, Caitlin, Adam and Kelsie, sister Sandra and brother Derek.

We would like to express our sincere sympathy to all of them and the entire family circle at this very sad time.