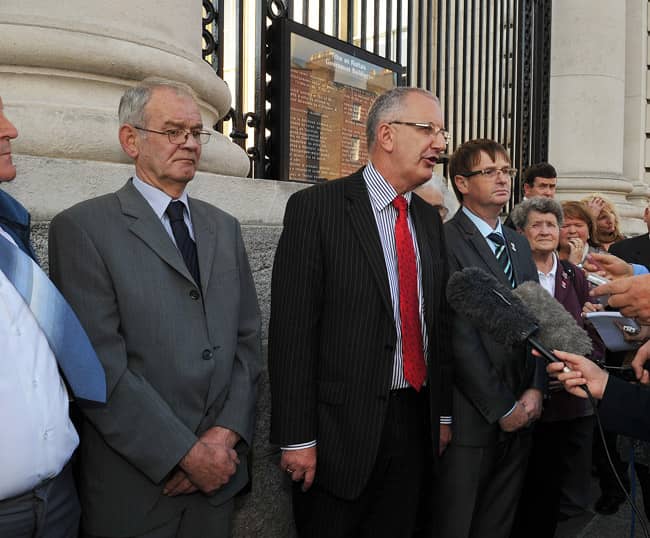 NEWRY and Armagh MLA Danny Kennedy is demanding action be taken against those responsible for illegal fuel laundering in the area.

More than 14 tonnes of toxic waste were removed from a diesel laundering plant in Jonesborough yesterday in the latest of a number of similar raids.

The plant, capable of producing 25 million litres of illicit fuel, was shut down by HM Revenue and Customs and was evading an estimated £18 million in taxes and duty a year.

And Ulster Unionist Party member Mr. Kennedy, who believes dissident republicans may be involved, is condemning those responsible.

“As an elected representative for Newry & Armagh I am extremely concerned at the extent of fuel laundering in the south Armagh area,” said Mr. Kennedy, Minister for Regional Development.

“This is a long-standing issue and there is a lurking suspicion that republican paramilitaries both mainstream and dissident are involved.

“Many unionists in the area have suspected for some time that a political blind eye has been and is being turned to the problem, especially in light of the fact that for all the investigations and the number of plants that have been shut down, no-one has actually gone to prison in the last decade.

“This is a very serious matter involving huge sums of money and great environmental damage. It must be addressed head on, illegal operations should be closed down and those responsible should be made amenable to the courts.

“Punishment must be commensurate, and it is quite clear that the fines currently imposed are an insufficient deterrent.”